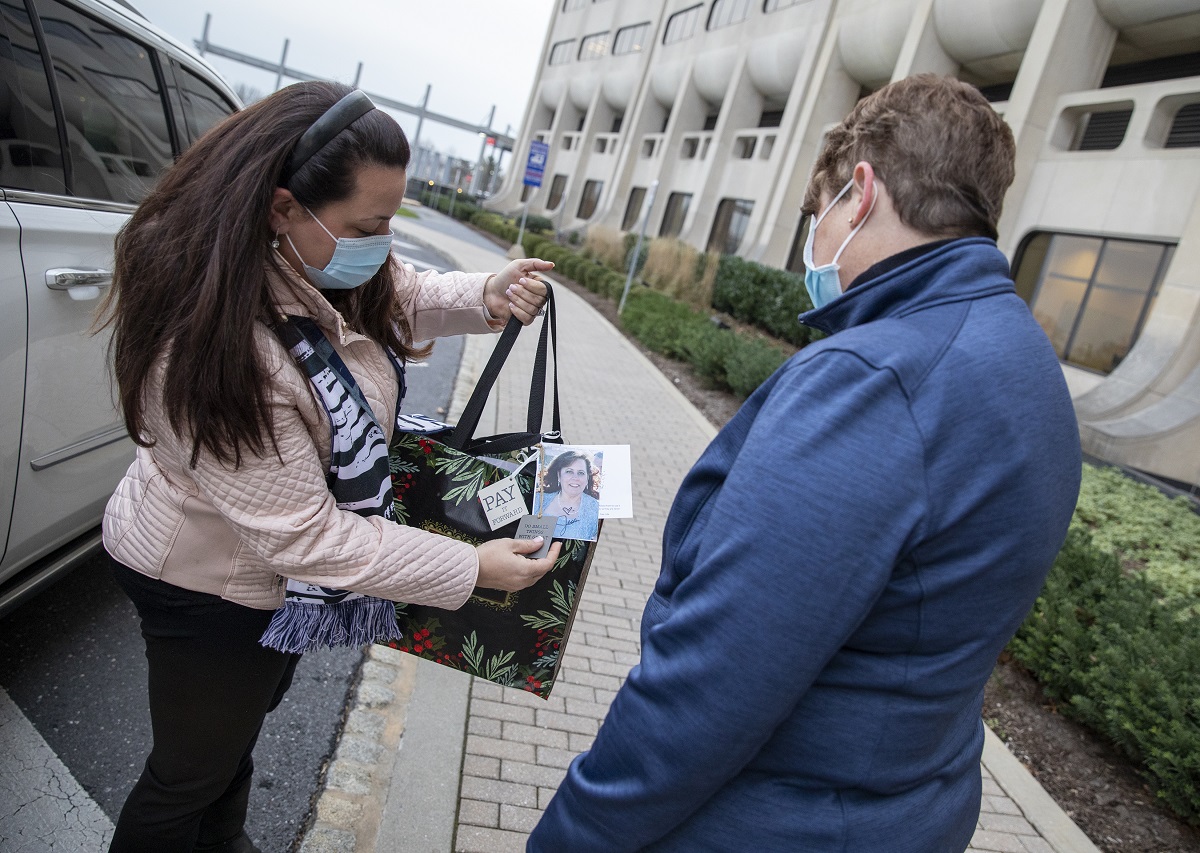 Karen Pearson, left, drops off a bag of iPads to Misty Bowman of Hershey Medical Center’s Patient Experience outside the Medical Center.

After 40 years of mother-daughter togetherness, Karen Pearson got 45 seconds to tell her mother how much she loved her.

That was her portion of an iPad visit, shared with multiple family members, before her mother passed away from COVID-19 in November.

The Michigan hospital’s iPad inventory was limited, and since Julie Books was on a ventilator and couldn’t talk, an iPad wasn’t allocated to her.

“Even though Mom couldn’t talk to us, I think she could still hear us,” said Pearson, who lives in Elizabethtown. “We wanted her to hear our voices, to hear how much we still needed her.”

By the time the family got permission to bring her an iPad, days had lapsed without any communication or encouragement expressed from them to their mom.

When they finally were able to talk to her, they cheered her on to get better, listing off all the reasons she had to live. Although Books could not respond, no one said good-bye because no one believed that time had come, Pearson said.

Two days later, Books passed away, surrounded by her husband and two children.

Now, Pearson and her brother, Michael Books, are on a mission to raise funds to supply hospitals across the nation with iPads for every COVID-19 patient upon arrival. 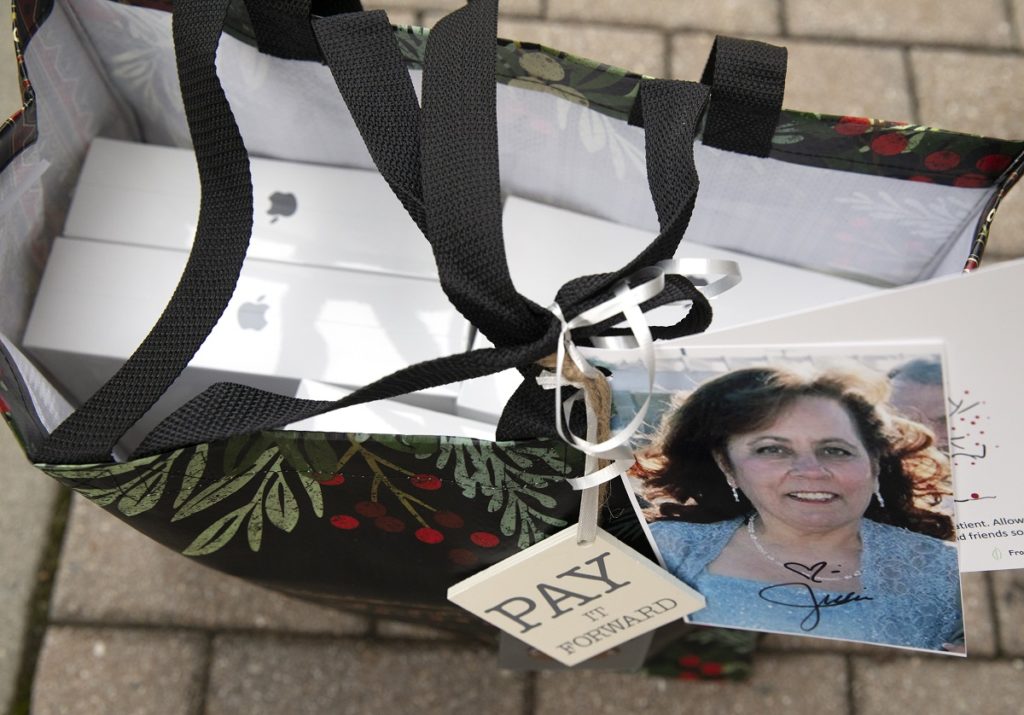 A photo of Karen Pearson’s mother, Julie, is on a bag of iPads Pearson donated to Hershey Medical Center for COVID-19 patients.

“No family should have to go through what we did” Pearson said. “I think Mom was waiting to hear from us all before she left us. In fact, her oxygen level went up a bit right after we talked to her.”

“We’re out starting locally, with hospitals where we have a connection,” said Pearson, whose son spent nearly a month at Penn State Health Children’s Hospital with a respiratory infection as a baby.

Beyond that, Pearson hopes to keep the fund drive going until every hospital has enough iPads to meet patient needs.

In addition to giving patients and their families constant contact, tablets could be used to allow family members to be virtually present for doctor rounds, so they wouldn’t have to rely on a report from a nurse, and they could ask any questions they have, Pearson said.

The iPads can be programmed to answer calls automatically, which would allow family to call in and talk to loved ones even if they aren’t able to answer the call, Pearson said. “I believe it changes things and even promotes healing when people feel less alone,” she said.

The iPad mission has given the grieving family a sense of purpose in the aftermath of their loss. “Looking for deals on iPads makes my dad feel like he’s doing something for my mom,” Pearson said.

If her mother knew what she was doing, Pearson said she would be pleased, then chuckled, “but she always said ‘never pay the sticker price,’ so she probably would tell me I could get them cheaper.”