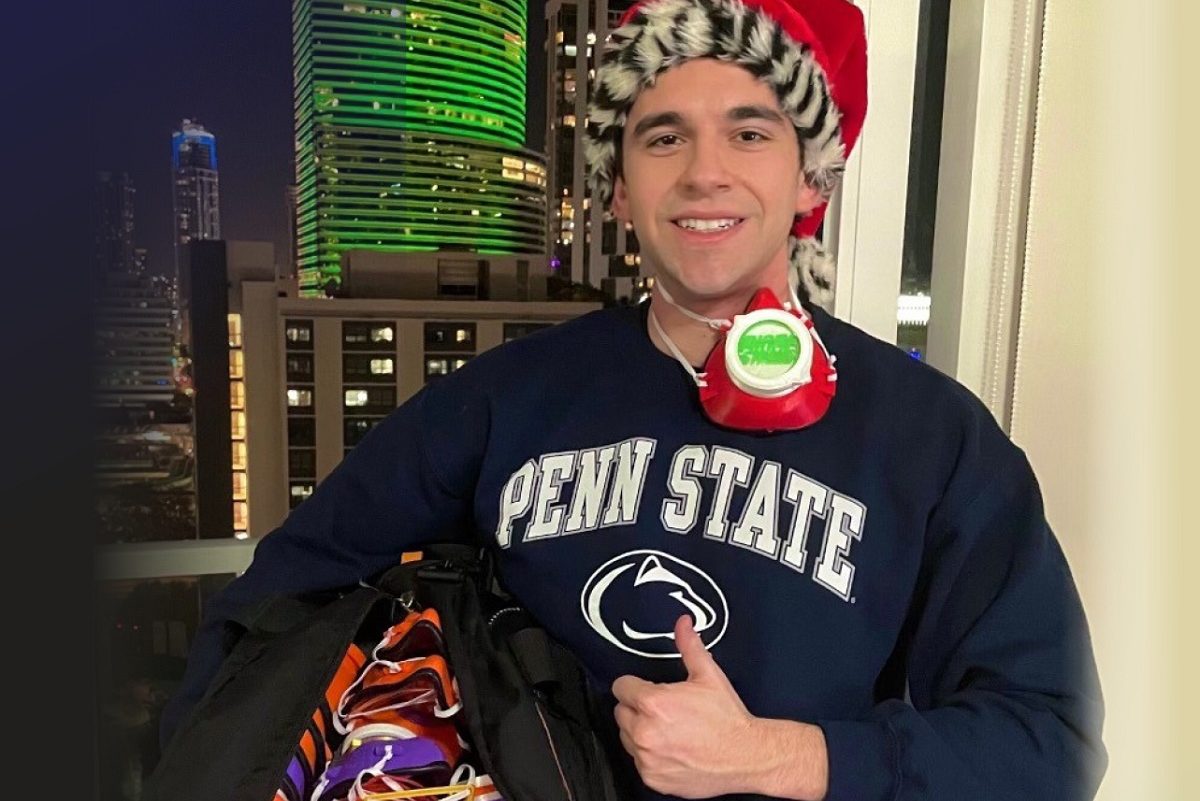 First-year College of Medicine medical student Marc Levine holds a bag with some of the 1,000 face masks he created for homeless people.

When Marc Levine offered a homeless man money several months ago, he received an unexpected response.

The man asked Levine, a first-year medical student at Penn State College of Medicine, if he would instead go into a nearby store and buy him a bottle of water.

“He told me he didn’t have a mask, so he couldn’t go into any stores,” said Levine. “It got me thinking that homeless people are slipping through the cracks during the pandemic.” 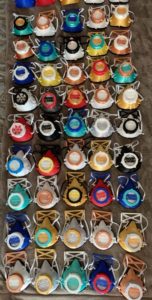 Levine and his brothers used 3D printers to make reusable face masks out of plastic, elastic and rubber.

Levine, who lived in Miami before arriving at the College of Medicine in July, said the experience made him ponder how he could help solve this problem. Being a big fan of 3D printing ― at the time he had two 3D printers in his apartment ― Levine came up with a way to produce masks. After setting up a GoFundMe fundraiser, he and his two brothers, who were heavily involved in the project as well, purchased three more 3D printers and supplies for making reusable masks out of plastic, elastic and rubber.

Each mask took about eight hours to produce, and Levine said the printers were working 24 hours a day, seven days a week. What started as a project to produce a few hundred masks ended with Levine, his two brothers and community volunteers handing out 1,000 masks by Christmas. He said he also was able to educate people he gave a mask to about COVID-19 using pamphlet she and his two brothers created along with information about free health care clinics.

“What was really rewarding was going back to the area where we handed out the masks a week later and seeing people still wearing them,” said Levine.

Levine and his brothers tweaked the design of the masks many times, adding an airtight rubber seal, a proprietary backplate, which rests against the back of a person’s head to relieve tension from the mask, and a mechanism to easily replace the vacuum air filters. Because of the vacuum air filtration, the masks also can act as respirators, he said. He completed research that demonstrates the 3D masks have a similar efficacy to that of N95 masks, with the added benefits of durability and reusability.

Levine says he plans to specialize in plastic surgery and is focused on incorporating 3D printing into plastic surgery research he is completing at the College of Medicine. He also has founded the 3D Printing Club at the College of Medicine. As for the mask-making experience, he said it was an incredible opportunity, and he is now looking for a new project.

“It was gratifying to help an underserved and often marginalized segment of the population,” he said. “The project spurred me to pursue more philanthropic initiatives, and I was overwhelmed by the community support I received. This started out as a family project but quickly became a community project to make a difference in the lives of the homeless.”