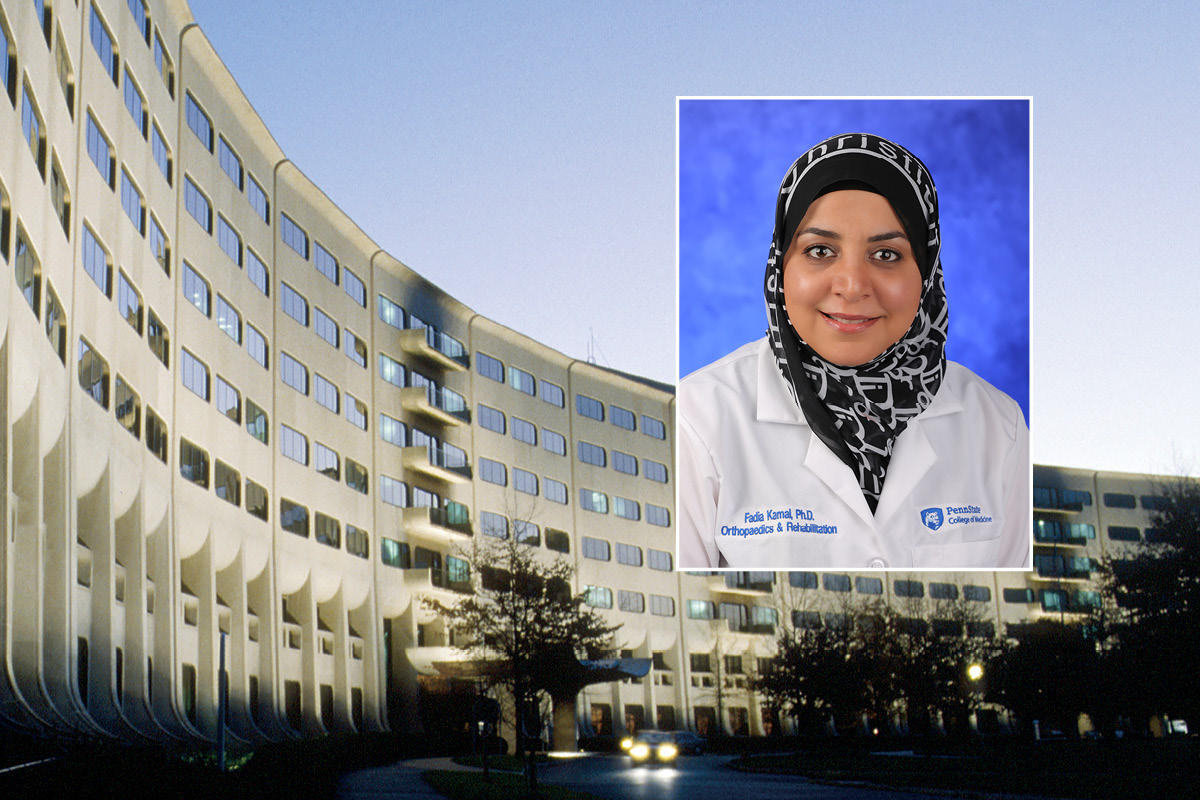 A disease of the joints, osteoarthritis affects more than 30 million adults and is the fifth-leading cause of disability in the United States. In a new study, scientists have discovered the cellular pathway that leads to osteoarthritis and have identified a commonly used antidepressant — paroxetine — that inhibits this pathway. The team found that Paroxetine not only slows down cartilage degeneration, but also promotes cartilage health in both mice and human cartilage in vitro. The drug may be the first-ever treatment for this debilitating, degenerative disease.

“Osteoarthritis destroys joint cartilage and results in pain and disability,” said Fadia Kamal, assistant professor of orthopedics and rehabilitation at Penn State College of Medicine. “Patients live with this pain until their cartilage is extremely degenerated. Unfortunately, an invasive artificial joint replacement surgery is the only treatment orthopedists are currently able to offer. There has been a dire need to identify novel therapeutic targets, approaches or agents that can actively halt or reverse the osteoarthritis disease process.”

In previous research, Kamal and her colleagues found that increased production and activity of a particular enzyme, G protein-coupled receptor kinase 2 (GRK2), led to harmful cell growth in heart and kidney disease. 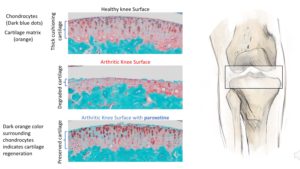 Kamal, who holds doctorate degrees in cell physiology and pharmacy, explained that osteoarthritis is similarly driven by uncontrolled growth of cartilage cells, a process called chondrocyte hypertrophy, but how this proliferation occurs had been a mystery. Given their knowledge of the role of GRK2 in heart and kidney disease, Kamal and her team decided to investigate the enzyme in osteoarthritis patients. They found that patients with osteoarthritis or acute injury to the joint had high levels of GRK2 in their cartilage cells, or chondrocytes.

“We discovered a central role for GRK2 in cartilage degeneration, where GRK2 pushes the cartilage cells to destroy the cartilage surrounding them instead of replenishing and maintaining it.” said Kamal. “In other words, the cells receive a bad signal to destroy cartilage.”

The researchers confirmed the role of GRK2 in cartilage degeneration in two experiments: in one, they performed a genetic deletion of GRK2 from cartilage cells in mice, and in the other, they administered paroxetine — a U.S. Food and Drug Administration (FDA)-approved selective serotonin reuptake inhibitor (SSRI) that is a potent GRK2 inhibitor — to the mice. In both cases, they found that not only did GRK2 deletion prevent chondrocyte hypertrophy and halt osteoarthritis progression, but it also promoted cartilage regeneration.

“We found that paroxetine could return cartilage cells back to a normal state and preserve the cartilage surface,” said Kamal.

In other experiments with cultured human osteoarthritic cartilage, obtained from patients undergoing knee replacement surgery, the team also confirmed the ability of paroxetine to mitigate chondrocyte hypertrophy and cartilage degradation.

The results were published in the journal Science Translational Medicine.

“Our findings show that increased activity of the enzyme GRK2 in cartilage cells is a driver of cartilage degradation and identify paroxetine as a disease-modifying drug for OA treatment,” said Kamal. “This is important given that around 80% of the U.S. population will develop osteoarthritis by age 65 and with the growing prevalence of osteoarthritis risk factors, such as obesity and diabetes, osteoarthritis will likely carry an even greater burden in the future.”

The team is currently seeking approval from the FDA for a new trial of this drug to treat osteoarthritis.

“If this trial works, we will have found a new solution to an age-old problem of joints in the body wearing out because of cartilage destruction and loss,” said Kamal. “We hope to intervene with this disease-modifying treatment for the benefit of our patients.”

Fadia Kamal is an inventor on patent application (#63/113,021) submitted by Penn State that covers “GRK2 inhibition by paroxetine ameliorates osteoarthritis.” All other authors declare no competing interests.

The National Institutes of Health, the Arthritis National Research Foundation and the Barsumian Foundation Fund supported this research.