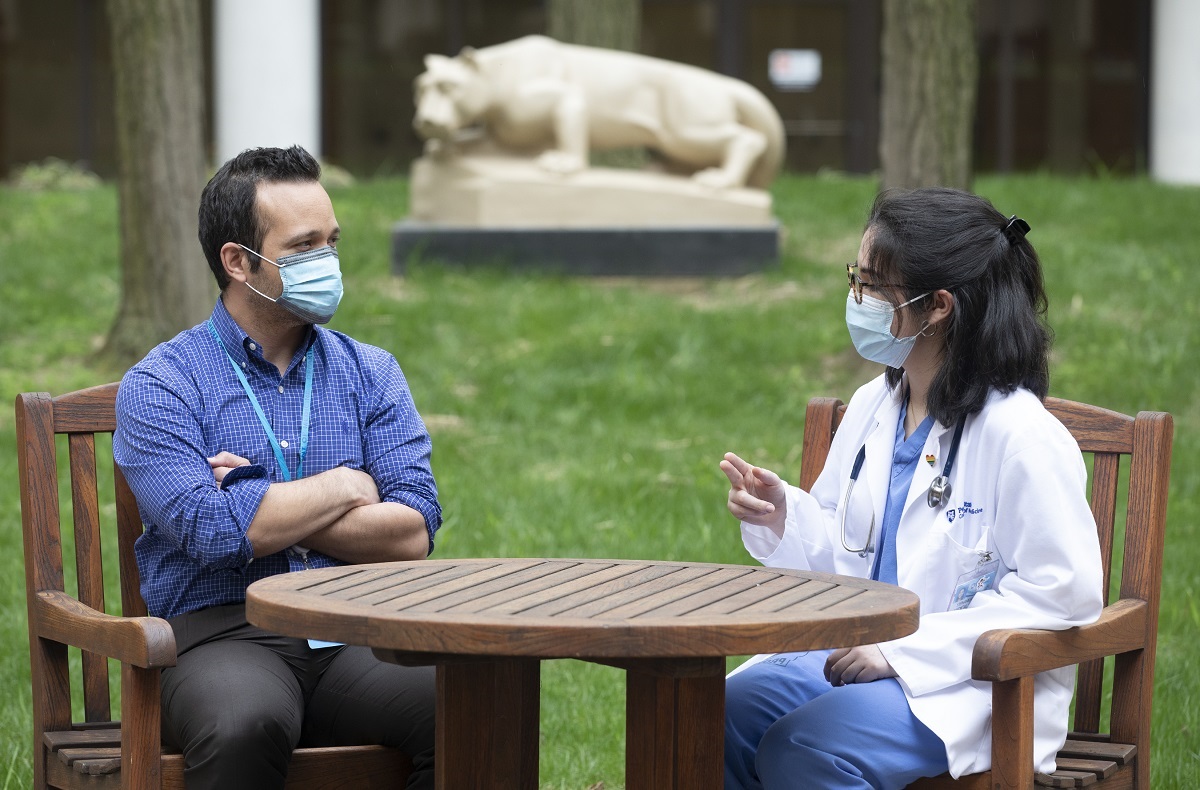 Her first year of medical school was challenging. Stephanie Hawkins says she struggled with the new academic coursework and feelings of isolation.

Now, during her second year, the Reisterstown, Md., native explains her experience is completely different. Hawkins is part of the Diverse Student Champion Program, a mentoring program pairing students considered underrepresented in medicine with diverse Penn State College of Medicine faculty and alumni.

“I have more confidence in what’s to come, and I feel less alone with guidance from someone who shares a similar cultural background and experiences,” said Hawkins after being a part of the mentoring program for the past several months.

“Underrepresented students told us they wanted mentors to help them steer their way through the early years of medical school, and we agreed that could be a huge source of support,” said Moodie.

The voluntary program is open to diverse students who are either in their first year of medical school, a second-year student leader or graduate student. The goal is to find mentors for underrepresented students who are African American, Latino, Native American, have a military background or a disability. So far 25 students are involved, and Moodie says they already have plans to expand to those in the physician assistant program.

Student mentors come from two pools ― alumni and College of Medicine faculty. They are expected to meet with their mentee for at least an hour and a half each month. Hawkins and her mentor, Dr. Jonathan Nunez, generally meet through Zoom meetings.

For Nunez, an internal medicine and infectious disease physician at Penn State Health Medical Group, being a champion program mentor is about giving back and remembering what his own path to becoming a physician was like. Nunez didn’t know any physicians when he was growing up, and he didn’t have any mentors to talk to when he was going through his own struggles as a medical school student.

“For my first two years in medical school, I worked really hard to prove to myself that I belonged there,” he said. “Now I know that was silly, but at the time it felt very real.”

Among his advice to Hawkins: “Remember you are more than qualified to be here.” He also tells her to keep in touch with her family and friends as much as possible so she feels connected to the outside world and to people who care about her.

As for Hawkins, she appreciates Nunez’s thoughts on her long-term goals and his words of wisdom that keep her grounded.

“Some things are now smaller worries because I have a mentor who gives me a broader perspective on life, “ she said, “and that has really made a difference.”

For information on the Diverse Student Champion Program email pmoodie@pennstatehealth.psu.edu.