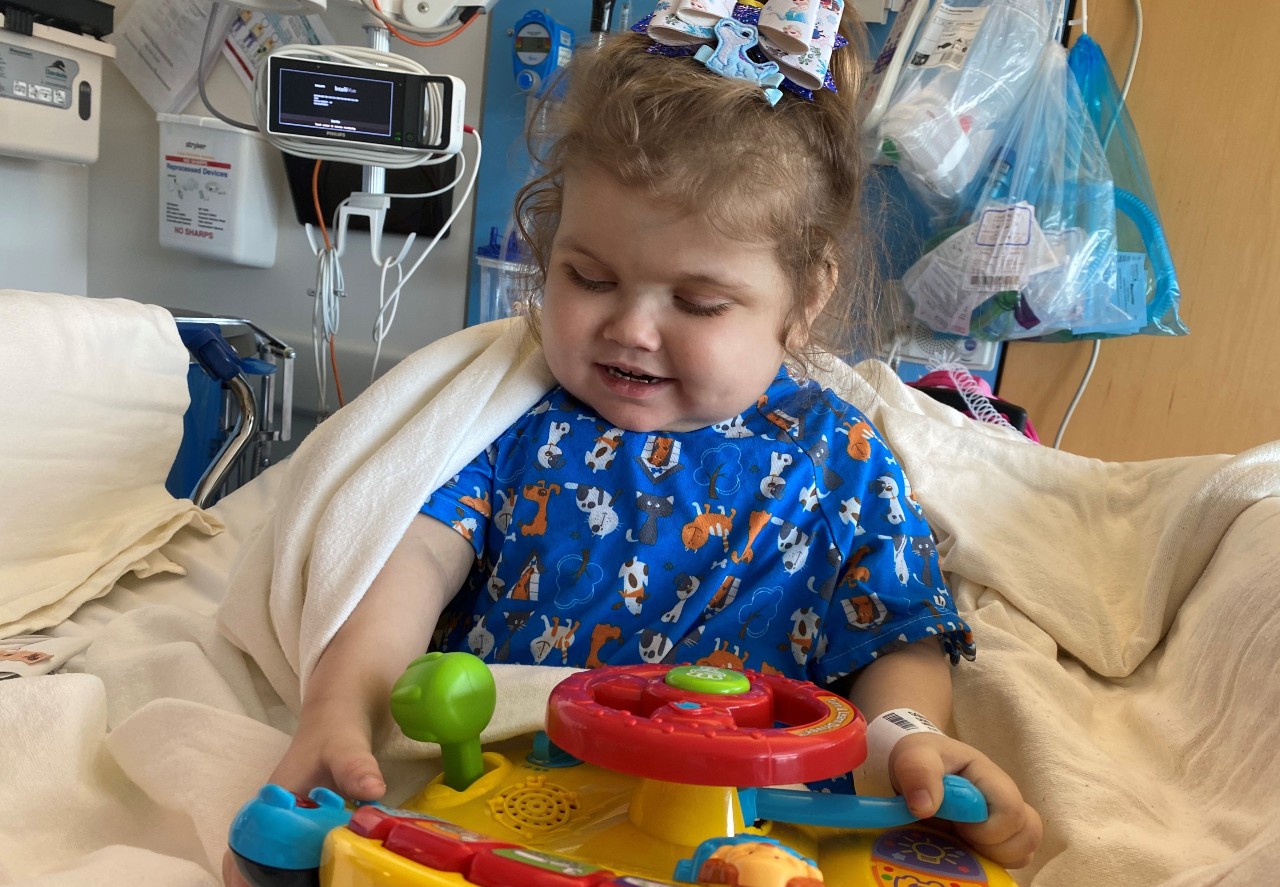 When 4-year-old Malaya Gohn of East Berlin was born, she had a severely swollen abdomen and was in cardiac arrest. She was flown from a local hospital to Penn State Health Children’s Hospital, where she spent three weeks in the intensive care unit and was diagnosed with megacystis microcolon intestinal hypoperistalsis syndrome.

Complications from her rare condition — and the central line that provides all of her nutrition and medications — require emergency care. For that, her mom always takes her to Penn State Health Children’s Hospital.

“If she has a fever that doesn’t go down quickly, it could be because of an infection caused by her central line,” says Amanda Coble, Malaya’s mom. “Or she might develop a break in it. It’s her all-access line. She’s on it 18 hours a day. If she goes more than six hours without it, she’ll have hydration and blood sugar problems. When she has a health crisis, we don’t have much time before serious complications develop, including the possibility of surgery to replace her central line.”

There’s a hospital “practically in our backyard” where Amanda, husband Bryn Gohn, Malaya and her 6-year-old brother Kai live, the mother says. Despite that convenience, Amanda will only take her daughter to Hershey.

“We took her to our local emergency room once when she was an infant, and the nursing staff wasn’t familiar with caring for a child with a central line,” she explains. “At the Children’s Hospital, they always figure out what’s going on and get her the care she needs quickly.”

Malaya averages about six or seven trips to the emergency room at the Children’s Hospital annually, usually for central line or respiratory problems. Amanda says that in addition to the superior medical care, she also appreciates how the staff knows just how to interact with her daughter.

“They’re used to working with children. And they have Child Life and music therapy — that makes it better for all of us,” she says. For those child-focused, calming approaches alone, Amanda says she would also take her son to Children’s Hospital if he ever needs emergency care.

“Malaya has such a rare condition and so many unknown factors,” Amanda says. “It’s a huge relief to know that the pediatric emergency team is there, day and night, whenever she needs them.”

Circling back to life: ‘I have no words for the gratefulness I feel in my heart’

Ask Us Anything About... Children’s Outdoor Injuries