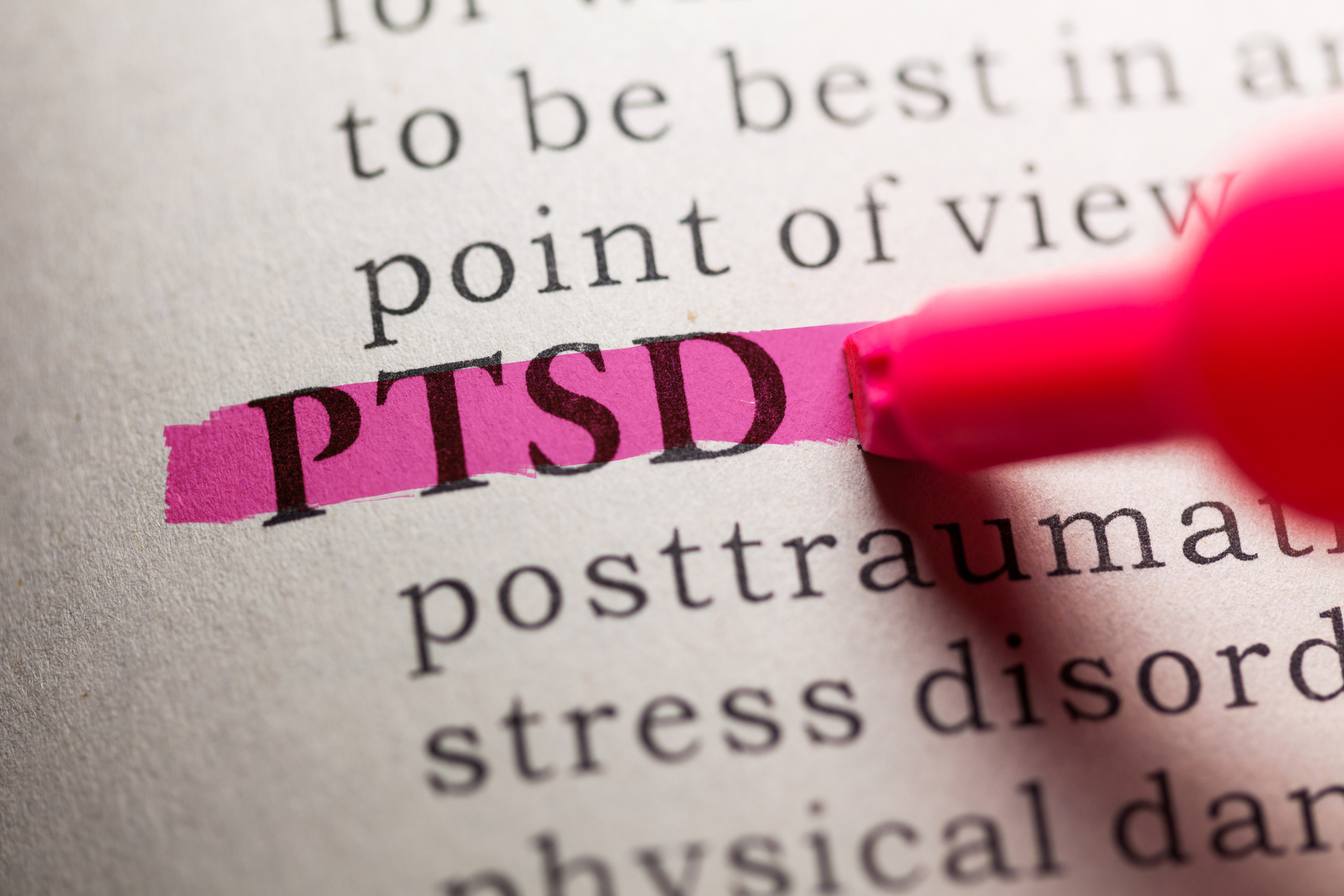 Something awful happens. Physically, perhaps, you make it through fine. But for some, the trouble has just begun.

Deeply upsetting or frightening events such as accidents, rape, military battles or natural disasters naturally cause fear, anxiety, agitation and other unpredictable emotions. But when these physiological responses linger or resurface long after the event has passed, it’s called post-traumatic stress disorder, or PTSD.

The consequences of PTSD can be disastrous. Depression, anxiety, drug abuse and serious mental health problems have been linked to the disorder.

The good news: survivors living with PTSD have a way out.

Dr. Jessica Bonatakis, a psychologist at Penn State Health and an assistant professor of psychiatry and behavioral health at Penn State College of Medicine, specializes in treating trauma responses in children, adolescents, families and young adults.

She is also a trauma survivor who lives with PTSD.

“Trauma is something that happens to us where we don’t have any control of the situation that threatens survival,” Bonatakis said. “We can experience it directly or witness it happening to someone else. We can also experience it by learning about something traumatic that’s happened to a loved one or our community. Or we can experience it by repeated exposure to details of traumatic events through our work, such as in health care, policing or work with children and youth services.”

Bonatakis has experienced all four forms of trauma exposure. Human responses to trauma, whether immediate, delayed or sustained, are not pathological, Bonatakis said. They’re biological – a naturally occurring response of a person’s wiring geared for protection.

“As soon as I stopped viewing my internal trauma responses as a ‘disorder’ and recognized that the disorder was in the things that happened to me, I was able to make movement toward healing,” she said. “I no longer see PTSD as a disorder, but rather as an adaptation to navigating horrifying circumstances that occurs along a continuum.”

Most people experience trauma responses in the immediate aftermath of the event. Some may develop acute stress disorder, which can last several weeks. Symptoms that persist for more than a month or develop later indicate PTSD.

Bonatakis says these responses are human biology’s attempt to “make sense of and process what happened in the past while attempting to plan for the possibility of the event happening again in the future. It’s quite a remarkable attempt of our biology to make meaning of the past and survive the future.”

Re-experiencing. Individuals may have intrusive thoughts or images about what happened, nightmares or flashbacks.

“I have had experiences where all of a sudden images of what happened to me [in the past] come to awareness,” Bonatakis said, “sometimes [I think] of things that before were not in my consciousness but were sparked by something in the present. This might be a sound, smell, touch or topic of conversation.”

Anything can serve as a trauma reminder. “We also re-experience physiological responses, like all of a sudden feeling a sense of fear and having a racing heart but not knowing why,” Bonatakis said. “This can happen because the non-conscious parts of our bodies that have stored the trauma are responding in the present to a trauma reminder or simply trying to make sense of what happened in the past.”

Avoidance. Those who experience trauma may try to avoid memories, thoughts and emotions associated with the event. They may also actively avoid people, places, things and conversations about what happened.

“Before I received an accurate diagnosis, these responses appeared to me and others to be [the manifestations of] phobias,” Bonatakis said. “But without identifying and addressing the underlying traumas, the therapies I received focused on overcoming the ‘phobias’ and only created more problems.”

Negative cognitions and mood. These can include persistent states of anxiety or depression and having a decreased interest in previously enjoyable activities. Individuals may blame themselves for what happened or have difficulties remembering details of the event.

“That’s why as survivors our stories are often fragmented or change over time,” Bonatakis said.

Arousal and reactivity. Trauma responses may manifest as irritability, angry outbursts or physical aggression. Individuals might exhibit reckless or self-destructive behavior. Additionally, they may experience sleep disturbances or trouble concentrating.

The responses are often tied to the mind’s natural fight or flight defenses, Bonatakis said. “It almost always appears disproportionate to the situation at-hand, but our non-conscious, survival-based biological systems are perceiving a threat in the present.”

Similarly, Bonatakis says people with PTSD may also experience dissociation — feelings of being detached. The sensation feels like existing in a dream or watching things happen outside of oneself rather than experiencing them directly.

“I’ve definitely had experiences where I’m hearing and watching myself say and do things,” Bonatakis said. “But I wasn’t able to stop, things around me just didn’t feel real, or I lost track of time.”

Bonatakis stresses that anyone considering suicide, wanting to die or wishing they were dead should seek immediate help.

A variety of therapy is available, and arriving at what’s best for someone can involve trial and error.

“I always encourage people that if they have therapy with one person and it’s not working for them, that’s OK,” Bonatakis said. “It doesn’t mean that they’ve failed at therapy. It means that that particular therapy model has failed them. There isn’t any one practice that has been of singular help along my healing journey.”

Additionally, she advises anyone whose trauma responses interfere with their life in any way to reach out for support. That includes friends or family members, relying on community, as well as therapy.

Someone’s ability to adjust is greatly influenced by the support they receive – both from those close to them and society at large. “Denying and silencing what happened can be another trauma for survivors,” Bonatakis said.

Healing, Bonatakis said, isn’t done in a vacuum. Rather, her relationships with others have given her the most support.

“No one recovers from trauma alone, she said. “Society seems to send us messages that the onus is on us individually to handle our problems. That can bring up feelings of blame and self-doubt, like, ‘I’m unable to do this on my own, what does that say about me?’ It says you are a survivor who requires trauma support. There is nothing wrong with you. What is wrong is what happened to you.”