The Medical Minute: Long-term smoker? Lung cancer screenings can save your life 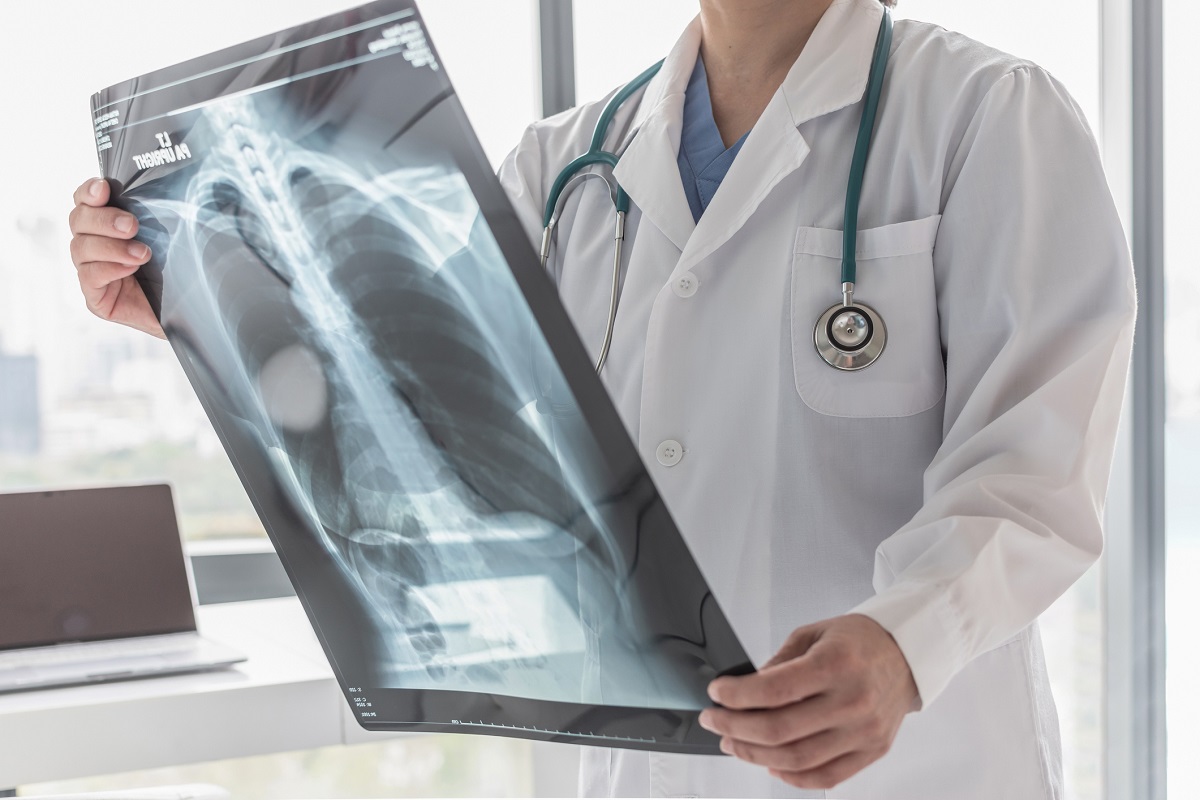 Even if you’re a smoker, this isn’t a news flash: Quitting can greatly reduce your risk of lung cancer.

It’s the leading cause of cancer death in the U.S., and estimates say it will claim more than 131,000 lives this year alone. It’s a mostly preventable disease, with up to 90% of cases caused by smoking cigarettes, cigars or pipes.

But even if you’ve quit the habit, there’s another important effort that can save you from lung cancer: getting screened.

Low-dose computed tomography (CT) lung screenings can detect lung infections, diseases like emphysema or potentially cancerous growths in patients who have no symptoms.

Those few minutes can make a molehill out of a potential mountain, as scans can catch a nodule the size of a grain of rice — long before it grows into something far more dangerous.

“We’ve screened many patients where we’ve found a solitary nodule that’s turned out to be cancerous,” said Dr. Marc Rovito, an oncologist with the St. Joseph Medical Center Cancer Center. Thoracic surgeons can remove small nodules with a minimally invasive surgical procedure called a VATS resection. “And that’s it. There’s no further treatment needed. Lung cancer is definitely survivable, and catching it early is critically important.”

Some patients screened have larger tumors, “but even they are usually much more treatable than patients who are symptomatic when they come in for testing,” Rovito said. Patients who exhibit symptoms of lung cancer — a persistent cough, coughing up blood or persistent chest pain that isn’t otherwise explained — don’t get screened but instead undergo diagnostic tests, which may include CT scans.

“If we don’t catch the cancer until a patient shows symptoms, it’s a lot harder to have a good outcome,” Rovito said.

Screening criteria and next steps

In March, the U.S. Preventative Task Force revised its recommendations for who should get annual cancer screenings with low-dose CT scans, lowering both the qualifying age and amount of packs smoked. Now the task force — whose guidance Rovito and fellow lung cancer specialists at Penn State Health follow — advises screenings for anyone between 50 and 80 years old who is a current smoker or who has quit within the past 15 years, and who smoked the equivalent of two packs per day for 10 years or one pack a day for 20 years. Screenings may stop once a patient reaches the 15-year smoke-free mark.

Primary care physicians refer patients at high-risk for lung cancer for screenings, so it’s imperative that patients are forthcoming when discussing their smoking histories. Those with abnormal screening results can then be referred to the multidisciplinary lung clinic, Engle said.

“We have seven different doctors on our team, including an oncologist, hematologist, pathologist, radiologist, interventional radiologist, pulmonologist and cardiothoracic surgeon,” Engle said. “We get together, look at the CT scan, and make recommendations on next steps and treatment. We’ll be with that patient every step of their journey.”

Rovito said that the team approach is essential. “Hand-in-hand with the screening is having access to the multidisciplinary team and getting patients into treatment quickly. A lot of what we find is not a malignancy — which is good — but rather another lung condition. Screenings at our clinic provide a conduit to getting patients in to see a pulmonologist in a timely manner.”

Both Rovito and Engle stressed that lung cancer screenings can save lives. Stopping smoking saves lives, too — and not just from lung cancer.

“Tobacco use can also cause cardiovascular disease as well as other cancers,” Rovito said. Within 24 hours of quitting, the risk of having a heart attack is lowered. After two weeks, lung function can increase by 30%. “It takes longer to reduce the risk of lung cancer. But after 10 years, the cancer death rate nears that of non-smokers.”

Many options are available for people who want to quit smoking, Engle said. “Hypnosis, medication, nicotine replacement therapy — even inhalers that satisfy that mouth-hand habit,” she said.

Patients can discuss with their family physician ways to quit. Additionally, the Pennsylvania Department of Health has a free, statewide tobacco-use prevention program. Call 800-QUIT-NOW or visit pa.quitlogix.org for more information or to enroll.