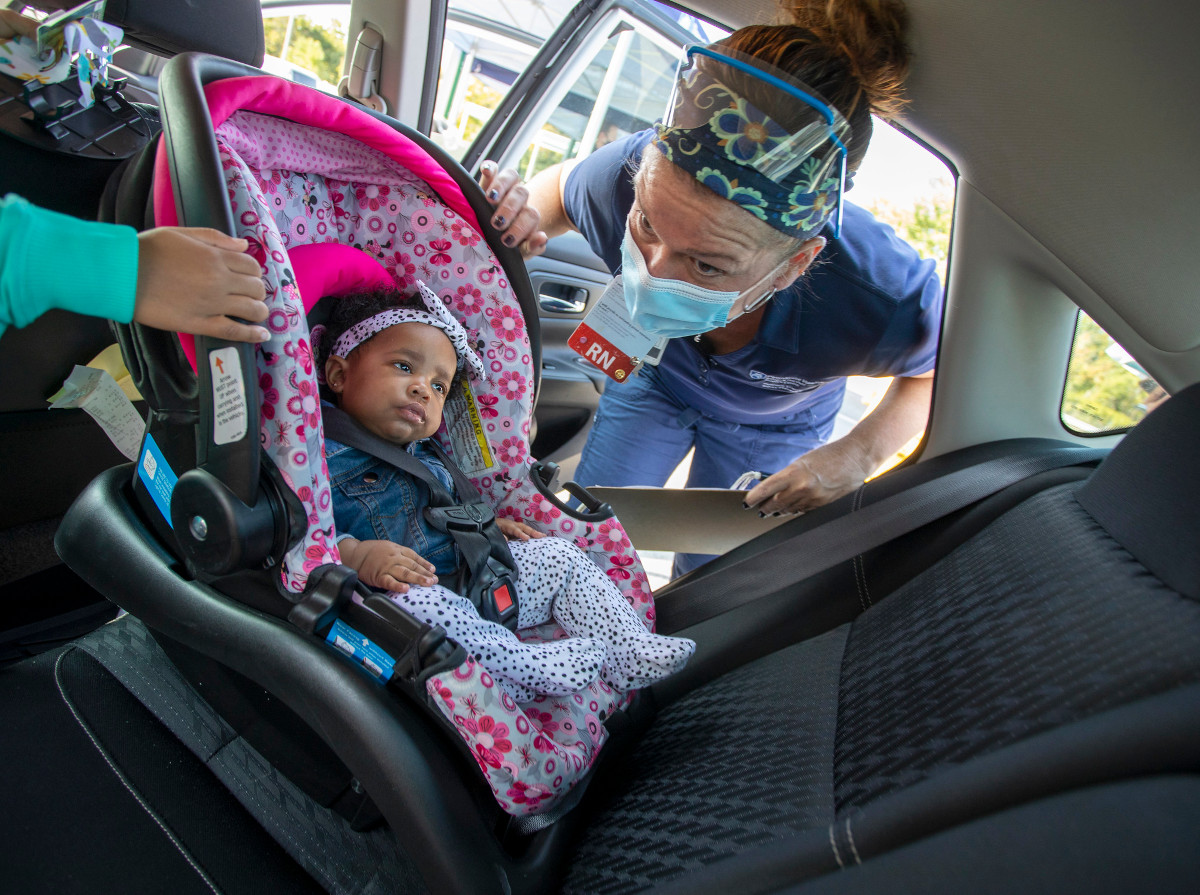 Amy Bollinger, program manager with Pediatric Trauma and Injury Prevention at Penn State Children’s Hospital, checks on the car seat of 5-month-old Kayonni Mosley on Sept. 22, 2020 in the parking lot of Giant in Harrisburg, Pa.

As part of its $1 million gift to Children’s Miracle Network at Penn State Health Children’s Hospital in 2020, The GIANT Company is celebrating the first anniversary of its community car seat safety initiative facilitated in partnership with the children’s hospital’s Pediatric Trauma and Injury Prevention Program (PTIPP).

Since September 2020, the PTIPP team has conducted or scheduled 35 car seat safety checkpoint events at GIANT store locations in Berks, Cumberland, Dauphin, Lancaster, Lebanon, and York counties. During these events, families can have their car seats checked for safe installation or reinstalled by a certified Child Passenger Safety Technician. Families can also receive a new car seat or booster seat if needed at no cost thanks to funding from The GIANT Company. After the first year of operation, The GIANT Company has helped more than 245 children in central Pennsylvania travel more safely in their family’s vehicles.

“I was in the Lebanon area, and we had a family come who had been in a car accident that totaled their car. Every person in the car was injured except for the three year-old child who had his car seat installed by one of the [Pediatric Trauma and Injury Prevention team members]. This dad said he came back to thank us for the trauma that was NOT inflicted on his child during the accident.” 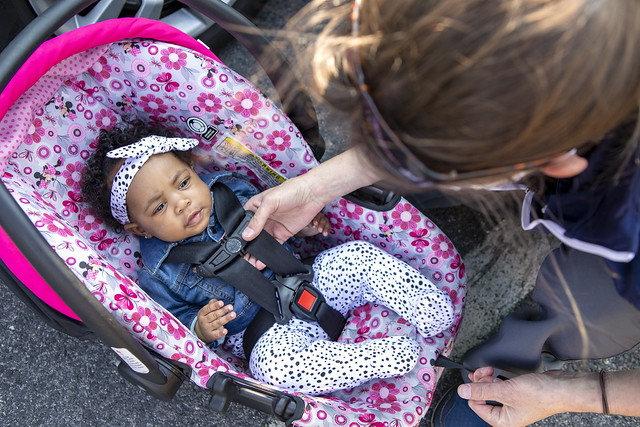 “We appreciate The GIANT Company’s support for numerous vital community projects to improve the health and well-being of our region,” said Deborah Berini, president, Penn State Health Milton S. Hershey Medical Center. “This car safety initiative keeps kids safe and helps prevent serious injuries. We want them happy and home, not in the hospital. We are proud that our partnership with The GIANT Company during the last year has resulted in helping more than 245 local children to travel more safely.”

“The GIANT Company is proud to sponsor the car seat safety program as part of our work to connect families for a better future. The number of checks conducted and car seats distributed over the past year demonstrates the necessity of this program,” said Jessica Groves, Community Impact Manager of The GIANT Company. “We’re looking forward to working with Penn State Health Children’s Hospital to bring the car seat checks to more communities this fall to help keep kids safe on the road.”

Event dates are currently scheduled through the end of October. To check dates and times or to register, visit CMNHershey.org/GIANT.