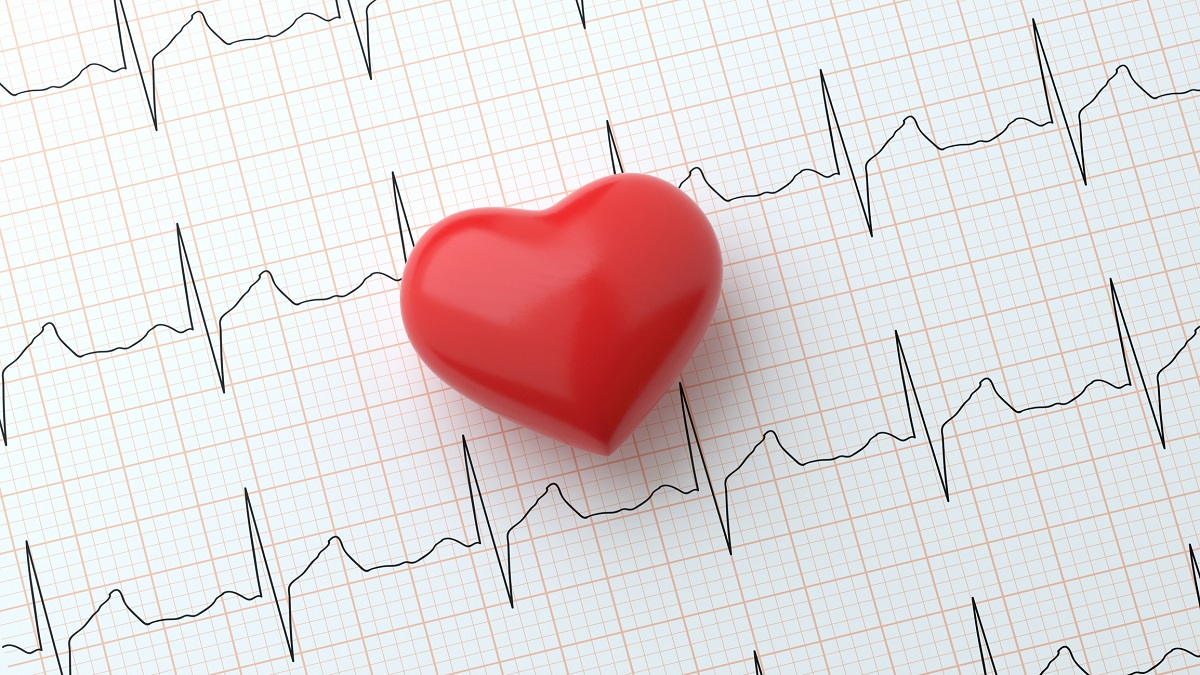 Atrial fibrillation, also called AFib, is a condition in which the heart beats chaotically and rapidly. As many as 6 million people in the United States and 9% of those over the age of 65 have the condition. To help prevent a stroke — a common and serious risk associated with AFib — patients are treated with blood thinners. But for some, the medication itself can be risky. Fortunately, physicians have another tool in their stroke prevention arsenal: an implantable device.

“The biggest risk as AFib progresses is the formation of a blood clot in the heart that can then travel to the brain and cause a stroke,” said Dr. Christopher Rogers, a clinical cardiac electrophysiologist at Penn State Health Medical Group ─ Berks Cardiology. “When a patient is in AFib, their heart’s top chambers — the atria — beat irregularly and cause stagnant blood flow. In the left-top chamber, there’s a pouch that sticks out, called the left atrial appendage, where blood flow is very low. When someone is in atrial fibrillation, that’s where a clot might form.”

Patients with AFib who also have high blood pressure, diabetes, heart failure, coronary or vascular disease, have had a previous stroke or mini-stroke, are over 65 years old and are female are at an increased risk of stroke. Rogers treats these patients with an anticoagulant, also called a blood thinner. While patients who have elevated stroke risks may be able to manage symptoms of AFib — such as a racing heartbeat — with other medications or medical procedures, they will still need to take blood thinners to protect against stroke.

“Some patients have no problems taking blood thinners. Others develop undesirable bruising,” Rogers said. “In the worst cases, we have patients with gastrointestinal bleeding who end up in the hospital with severe anemia and needing a blood transfusion. We’d be very concerned about keeping them on blood thinners.”

Individuals who fall frequently are also risky candidates for blood thinner medication, as they are more prone to bleeding into the brain if they fall and hit their head, Rogers said.

Up until about six years ago, there was none. A device called the Watchman and now a newer, more flexible and malleable iteration called the Watchman FLX allow cardiologists to protect their patients against stroke without the continued use of blood thinners.

The Watchman and Watchman FLX are small devices that are implanted into the heart — specifically, into that left atrial appendage where clots typically form. During a minimally invasive procedure, physicians access the heart through a catheter inserted through the groin.

“We’ll then evaluate the appendage to appropriately size the device and position it in the appendage,” Rogers said. “Once we’ve confirmed that the device meets strict criteria, we’ll release it from the catheter.”

Patients stay in the hospital overnight and will remain on blood thinners for 45 days. At that time, a cardiologist will perform a transesophageal echocardiogram to confirm that there’s no blood flow around the device and no clot on the device. The patient will then be able to stop using blood thinners.

Currently, the Watchman FLX and a similar device, the Amplatzer Amulet, are only approved by the U.S. Food and Drug Administration for use in patients who need to be on blood thinners because of their AFib but are at high risk for life-threatening bleeding. Rogers hopes that changes.

“We’d love these devices to be an option for all AFib patients who are at high risk for having a stroke,” Rogers said. “We have younger patients who avoid many sports as well as activities that carry a risk of serious injury due to bleeding concerns. It would be great if they could choose whether they want to be on a blood thinner or have a device like a Watchman or an Amulet implanted.”

For now, Rogers advises AFib patients to talk to their doctor about what the appropriate treatment is for them.