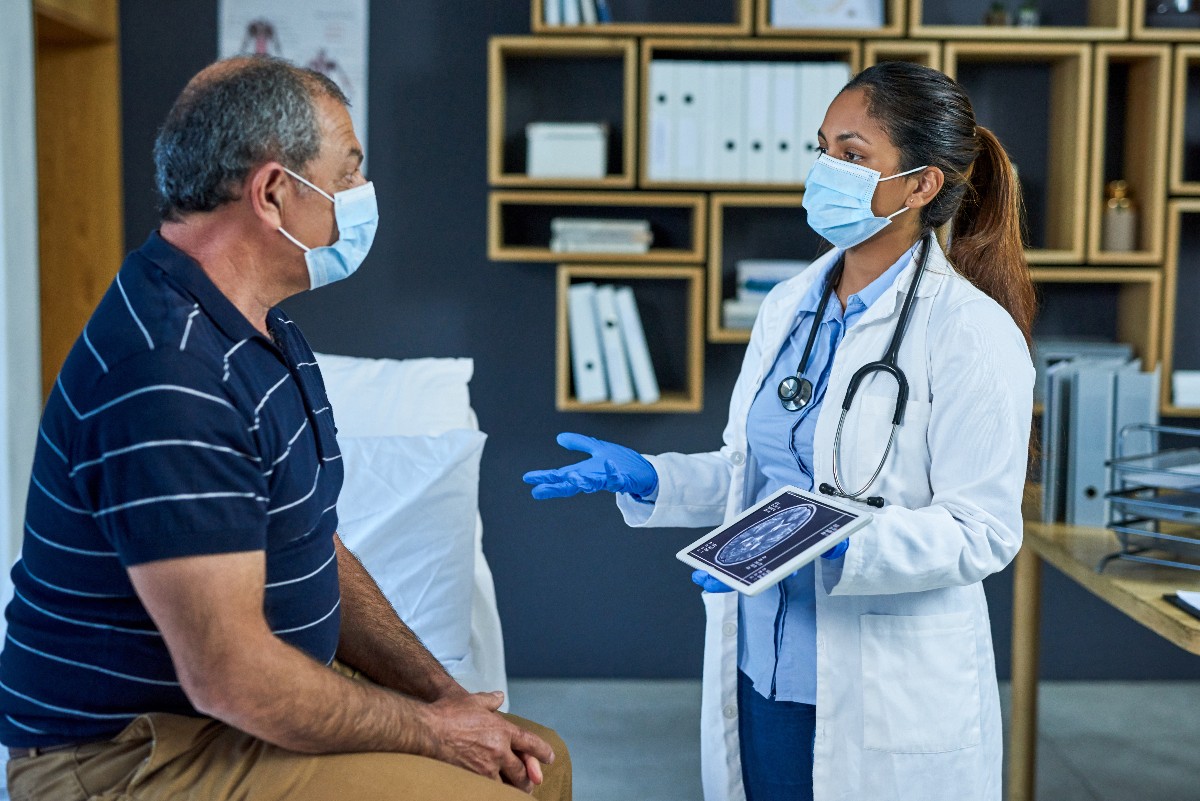 Patients with low-grade glioma (LGG) tumors are more likely to experience mental health distress and possibly be treated for a mental health disorder (MHD), according to Penn State College of Medicine and Penn State Cancer Institute researchers. Approximately 61% of patients with LGG developed an MHD, which is well above the national average of 21%. The researchers recommend providers integrate mental health screenings throughout the course of LGG treatment to improve patient’s quality of life and overall treatment efficacy.

Dr. Alireza Mansouri, assistant professor of neurosurgery, and his colleagues, including Debarati Bhanja, a medical student at the College of Medicine and key researcher of the study, knew patients with LGGs were living longer with advanced treatment, but their mental health status was largely undetermined.

“Though causation remains unknown, we’ve been able to delay the progression of gliomas and therefore extend life expectancy,” Mansouri said. “As we attempt to transition LGG diagnosis into a chronic disease rather than an acutely deteriorating one, it’s important to look at the impact of diagnosis and medical interventions on a patient’s quality of life.”

Previous research indicates a strong correlation between a cancer diagnosis and MHDs. Patients with cancerous brain tumors, however, report emotional distress significantly greater than patients with a systemic cancer diagnosis and almost double that of the general population. However, research on the connection between MHDs and gliomas has been limited to high-grade gliomas, with only depression and anxiety measured.

Using data from an insurance claims database, Mansouri and his team examined data from more than 20,000 patients with LGGs to determine the incidence of MHDs before and after diagnosis. Patient data came from private, employer-funded health insurance plans that assign diagnostic codes to tumor diagnoses and MHDs, along with codes associated with any interventions and medications provided.

To account for patients who may not have received a formal mental health diagnosis, researchers tracked medication dispensing records for patients using psychotropic medications, including antidepressants, antipsychotics and monoamine oxidase inhibitors.

“As researchers, we recognize the possibility that a doctor might not have entered a specific mental health diagnosis in the database, yet the patient still struggled with mental health symptoms,” Mansouri said. “We tried to capture relevant information based on the medications those patients were prescribed.”

Based on their initial findings, Mansouri and his colleagues recommend providers integrate mental health screenings throughout the course of LGG treatment to improve patient’s quality of life and overall treatment efficacy.

“For providers, it’s important to consider these results proactively,” Mansouri said. “At the onset of diagnosis, LGG patients should be screened for mental health symptoms at every stage of treatment, and programs need to effectively incorporate those strategies into patient management.”

A prospective study that looks at patients with LGG who are directly screened for MHDs is the next step.

Until then, the association between LGG diagnosis and the presence of MHDs seems clear.

“Now that we have effective tools to better manage LGGs, providers should focus on quality of life,” Mansouri said. “We should not lose track of how these diagnoses impact our patients’ quality of life and ultimately, the effectiveness of the care we provide.”

Read the full study in the journal Cancers