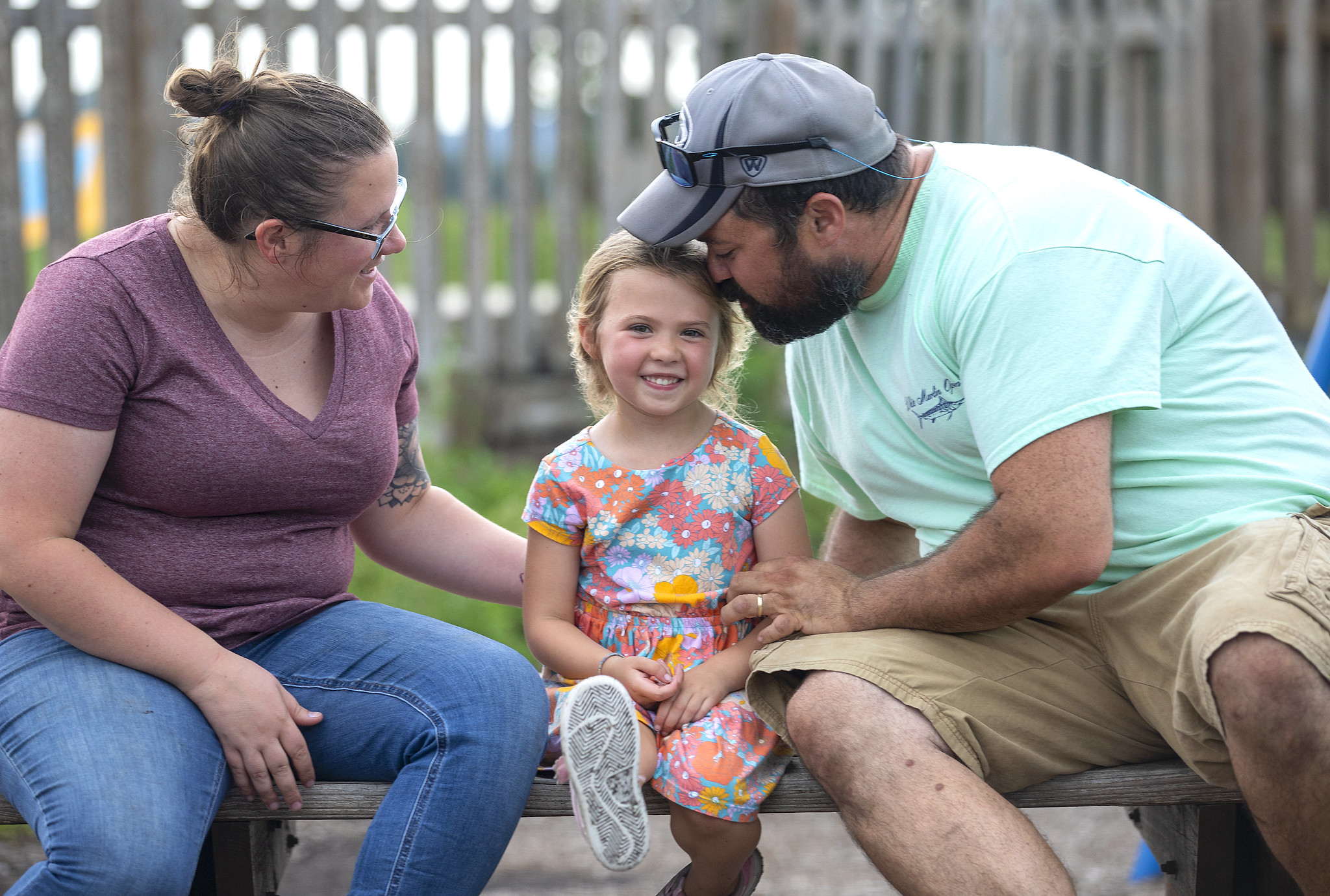 Few families are better equipped for a crisis than the Millers. They are a family of paramedics, firefighters and nurses. You’d think every emergency would run frightened from them.

But one day four years ago, the Airville Township, York County, family was struck by a crisis almost as improbable as their ability to handle it – one for which no amount of training could prepare them.

It started with an unusual page that Josh Miller, a paramedic with Southern York County Emergency Medical Services (EMS), received on his radio from a dispatcher. Cardiac arrest was the call. A 14-month-old baby. The dispatcher gave the address on Blain Road, which was less than a mile away.

Josh knew instantly what it was ─ the address of the friend who took care of his daughter, Bristol, during the day. He’d just dropped her off. She was the only one at the day care who was that young.

“They say that EMS is just different,” Josh said. “It’s the training. You do what you’ve got to do, and you don’t think about it.” 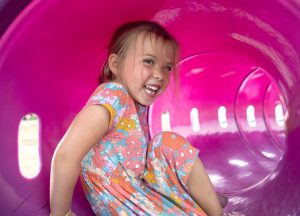 Bristol Miller giggles while playing at a playground in Red Lion, York County.

He arrived at the day care moments later. Already, a Miller was at the scene trying to help. His brother, Kyle, an emergency medical technician with Airville Fire Department, was administering cardio-pulmonary resuscitation (CPR) to Bristol. She wasn’t moving. Earlier, she’d awakened from a nap, crying. Her day care provider picked her up to offer her a bottle and found the child unconscious.

During her brief time on the planet, Bristol had never had a heart problem. Neither had any other Miller, nor anyone in his wife’s family. It had struck out of the clear blue sky.

Josh took over performing CPR, and then inside the ambulance as it sped off in the direction of WellSpan York Hospital, he “got to work,” he said.

He used electric shocks from a defibrillator to restart her heart. It revived her, but only temporarily. She slipped in and out of consciousness. Josh found that Bristol’s heart was pumping. There was a rhythm. It just wasn’t pumping blood.

The ambulance arrived at WellSpan York Hospital where, as the family’s wild swings of luck would have it that day, Bristol’s mom, Leah, was waiting. Leah Miller is a nurse practitioner in the hospital’s cardiac unit.

“For both of us, it was kind of helpful that we both work in medicine,” she said. “You’re able to try to remove yourself from being a family member. You don’t think about the fact that it’s your child.”

Within 10 minutes, hospital staff decided to airlift Bristol to Penn State Health Children’s Hospital. Leah’s parents drove her and her husband up Pennsylvania state Route 83 and out of York County to the glass and steel hospital buildings in Hershey that would become their home for weeks on end. Two days of testing and monitoring passed before doctors in the Pediatric Intensive Care Unit at the Children’s Hospital were able to tell the Millers the game plan. Bristol needed surgery to implant a defibrillator, a small battery-powered device that would help regulate her heartbeat.

But it wasn’t that simple, as it turned out. Doctors coaxed Bristol out of sedation, and within four days implanted the defibrillator. Two days after her surgery, Bristol suffered a seizure. The medical staff at Hershey rushed her back to intensive care. They sedated her again and put her on a ventilator to help her breathe. She remained that way for a week.

Cardiac arrest in a baby is “very, very rare,” said Dr. Jason Imundo, the pediatric electrophysiologist who treated Bristol. “What’s even more rare is cardiac arrest outside of a hospital where they end up being OK. I really give her parents all the credit for saving her life.”

Like most Children’s Hospital doctors, Imundo works with parents processing dire situations nearly every day. But few, if any, have been as adept as the Millers at managing it, he said. In addition to saving her life with the defibrillator, the family calmly presented Imundo with all the pertinent facts and technicalities about Bristol’s condition.

“They were wonderful people to deal with,” Imundo said. “What I love most about pediatrics is dealing with families, and they [the Millers] are just the best example we can give.”

But the long days tried the family’s battle-tested resolve. Josh and Leah moved into Bristol’s hospital room. They cancelled work and never left their daughter’s side. Whenever they slept, it was sitting up in chairs or lying down wherever they could find room.

“You try to lead a normal life,” Leah said. Friends and neighbors sent meals to the hospital. The Airville Fire Department sent a care package.

Weeks crawled past. After doctors revived Bristol, she developed a high fever, the result of an infection around a blood clot in her heart. She fought it off. After a month and a half, the Millers could take her home again.

Those hard weeks of four years ago are receding into the past. Bristol is 5 years old now, and if that perilous time filtered into the personality of the little girl, Josh and Leah can’t see it. She loves to dance, draw and play with her Barbies. Last fall, she started ballet classes. “She’s your typical 5-year-old,” Leah said.

One possible effect of the ordeal on her personality – doctor and dental visits don’t seem to bother her. In June, she visited Hershey for her six-month checkup with the cardiologist. She’s doing fine. The implanted defibrillator is still there, but no subsequent arrhythmia has caused it to shock the little girl’s heart. Doctors diagnosed her with epilepsy, but no one is sure if the epilepsy caused her cardiac arrest. The jury is still out on the reason for her crisis.

Meanwhile, Imundo continues to see Bristol at appointments. He will test her at the Children’s Hospital when she’s older to hopefully determine the cause of her cardiac arrest and prevent any more. The defibrillator will need a new battery in the future or may need replacing. That will require another surgery.

Josh and Leah show Bristol photographs from her days at Hershey, when she was hooked to tubes and wires. They ask if she remembers. She says she does. They doubt it. She was so little.

But did Bristol’s crisis change her family? They’re used to being turned to when the chips are down and have seen more than their share of good people caught in extremes.

But this was one of their own.

Any parent is protective of their child. But the Millers admit that maybe they hold Bristol a little tighter.

“It probably changed us,” Leah said. “Maybe in ways we don’t want to admit.” 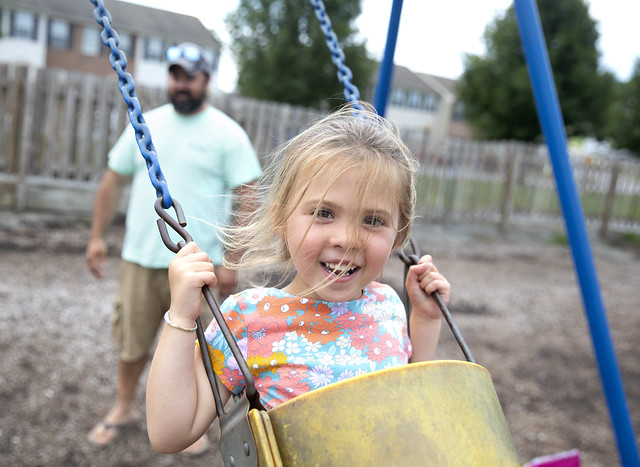