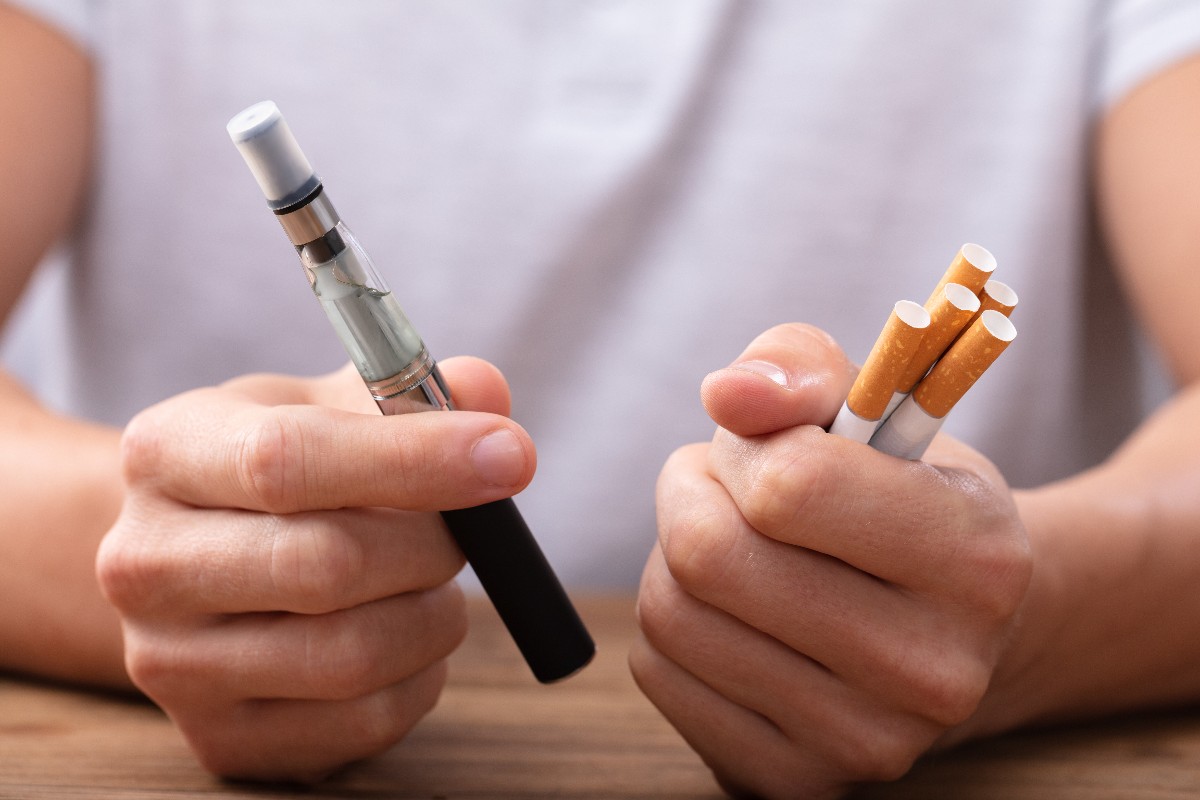 Electronic cigarettes have attracted media and consumer attention for claims of their addictive nature, variety of flavors and increased use among teens, sparking regulatory oversight and policies. A Penn State College of Medicine study suggests that these devices may help people decrease their dependence on combustible cigarettes – which contain an array of harmful chemicals called toxicants – without increasing their overall nicotine dependence.

Smoking is a leading cause of death in the U.S., and despite interest in quitting and the availability of FDA-approved cessation methods, smokers still struggle to quit. Some public health experts have proposed e-cigarettes as a ‘reduced harm’ alternative to cigarettes for those not interested or able to quit, citing reports like one from the National Academies of Sciences, Engineering and Medicine, which found that substitution of e-cigarettes for combustible cigarettes reduced users’ exposures to carcinogens and other harmful toxicants.

Jessica Yingst, assistant professor of public health sciences and Penn State Cancer Institute researcher, and colleagues at the Penn State Center for Research on Tobacco and Health study e-cigarettes and whether they can help nicotine users stop smoking or reduce their exposure to harmful toxicants found in cigarettes. Their latest study investigated a common question — whether initiation of electronic cigarette use to reduce cigarette smoking could potentially increase nicotine dependence.

Participants self-reported their cigarette and e-cigarette dependence at one, three and six months using validated measures of dependence, including a Penn State-developed questionnaire that ranges from 0 (not at all dependent) to 20 (highly dependent). Urine samples were also collected throughout the study to measure cotinine, a biomarker for nicotine exposure.

To learn more about these studies and others conducted at the Penn State Center for Research on Tobacco and health, please visit their website. They are currently recruiting participants for several studies.

Xi Wang and Jonathan Foulds of Penn State College of Medicine; Alexa Lopez of the University of Wisconsin-Milwaukee; Alison Breland, Andrew Barnes, Megan Underwood and Melanie Crabtree of Virginia Commonwealth University; Eric Soule of East Carolina University College of Health and Human Performance; and Joanna Cohen of John Hopkins Bloomberg School of Public Health also contributed to this research. Foulds has done paid consulting for pharmaceutical companies involved in manufacturing smoking-cessation medications (e.g., Pfizer, GlaxoSmithKline, Johnson and Johnson); and has acted as a deposed and compensated expert witness on behalf of plaintiffs suing cigarette manufacturers. Other author disclosures can be read in the published manuscript.