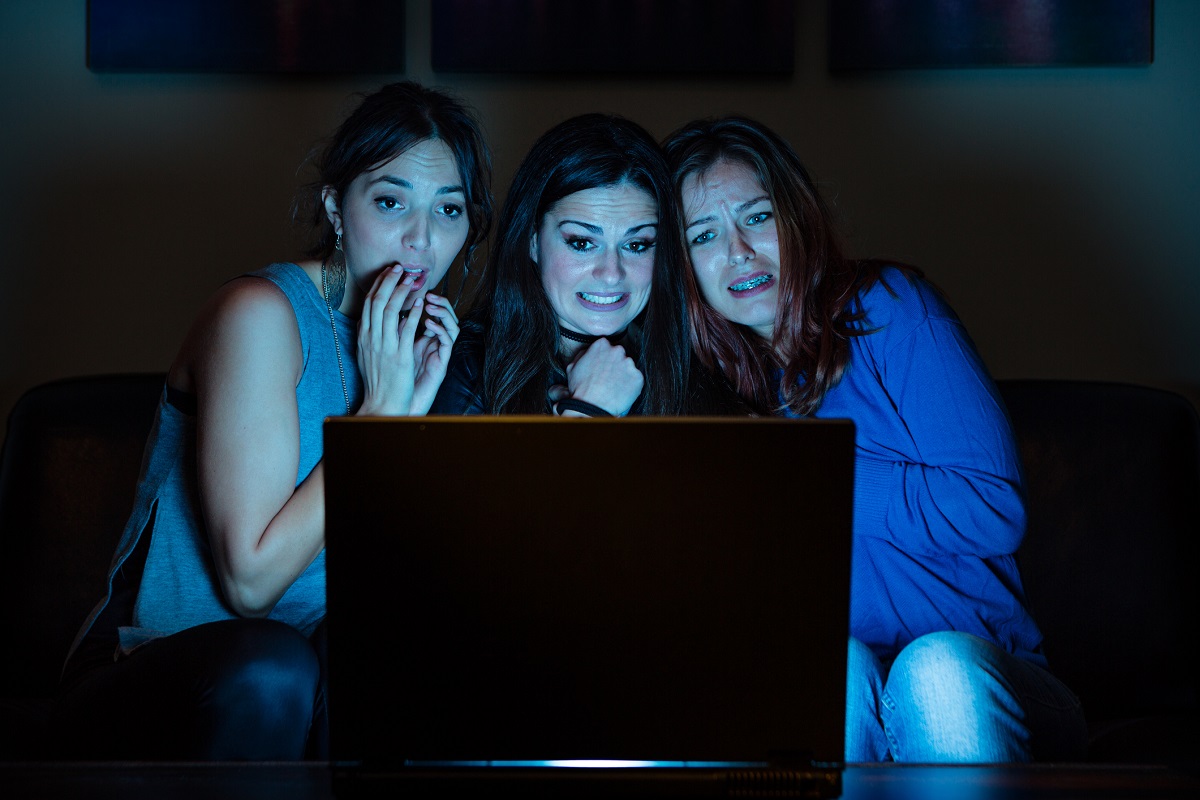 Good evening, bats and ghouls. Time to pull up a tombstone and gird yourselves for a maddeningly monstrous Medical Minute, full of nerve-wracking news-you-can-use and healthful tips from H-E-double vampire stakes.

This week, our sinister subject matter experts will dig up the frightening facts about fear.

That thing that’s prickling the hair on the back of your neck? That ghostly image making you leap off your sofa or run screaming from your local theater?

Could it actually be …

As a matter of fact, yes it can be, says Dr. Ramnarine Boodoo, a child psychiatrist at Penn State Health Milton S. Hershey Medical Center.

“It’s called ‘the paradox of horror,’” Boodoo said, “because people generally try to avoid things that make them uncomfortable. So why do people enjoy things like really grotesque horror movies?”

One theory is that it helps with coping, he said. From an evolutionary perspective, humans are equipped with deeply ingrained, unconscious mechanisms that help them respond to stress. Think of it as a brain-wiring holdover from the days when people were cave dwellers running away from saber-tooth tigers.

For someone watching say, “The Exorcist,” “you have an activation of what’s called the sympathetic nervous system, which can cause things like an increased heart rate and breathing rate,” Boodoo said. “Sometimes it can cause pretty bad feelings of nausea. Sweating. It can often be sort of like a panic attack.”

Wait – this is a good thing?

“Well, in a weird way, yes,” Boodoo said. Thankfully, not everyone has occasion to take these reflexes to real-life horror out for a real-life spin. But if someone is in a safe space and exposed to an imaginary frightening stimulus, the theory is that these fight-or-flight mechanisms can kick in without someone in a hockey mask actually chasing them down the street with a chainsaw. And for some people, that’s … pleasurable. The same way a rollercoaster gives amusement park aficionados a thrill.

Not only that, the theory holds that it can help with a person’s ability to cope with other kinds of stressful situations. Real ones. You might not battle the undead in real life, but your daily commute on the interstate can hold its own horrors.

Hannah Nam, a third-year medical student at Penn State College of Medicine, says scary movies and frightening stories can operate like exposure therapy. Regularly access the same stimuli over and over for a period of time, and the fear might diminish. “You can apply these tactics to real-life scenarios,” she said. “I also found that it can be a form of stress relief for some people.”

“Some people” is the operative word there. Make no mistake. Neither Nam nor Boodoo recommends watching horror films as therapy (even though his name has the word BOO! in it, which just sounds like a wasted opportunity). In fact, for some the movies are harmful.

“Many studies have shown that consistent direct exposure – especially among young people – to graphic material, decreases empathy and increases aggression,” Boodoo said. “So, we really have to be careful with how much exposure we have to this kind of stimulus.”

Also, many people have lower trauma thresholds. Either they’ve been exposed to trauma themselves at some point in their lives or they’re just wired differently than your average slasher-film freak. For these people – especially young children – the benefits of horror aren’t there. People prone to paranoia and those with anxiety disorders or impulse-control problems may need to be careful. The same holds true for people with cardiac or respiratory disorders.

Take Boodoo. In amusement parks, he avoids the roller coasters. He also doesn’t jump out of airplanes. Horror movies aren’t his idea of a good time. When he was growing up, a movie version of Stephen King’s “It” was just making the rounds. Boodoo caught a little of it.

“I couldn’t go to the bathroom by myself afterward, man,” he said. “It was bad.”

Nam is completely different. She loves a good scare. She and her friends gather frequently to watch movies with Freddy Krueger, the demonic character with knives for fingers in Wes Craven’s “Nightmare on Elm Street” series.

“There’s a community aspect of having something to talk about,” she said.

For some horror movie viewers, it’s stress release. During the height of the COVID-19 pandemic, for example, viewership in scary movies increased. Being scared can be a release valve for “pent up tension during periods of high stress.”

Both Nam and Boodoo suggest empathy. Listen to your fellow viewers and really be sure everyone is on board. And explore with caution. Makes sure nobody has to prove they’re brave, and remember: bad feelings are no joke. If someone is uncomfortable, don’t be afraid to turn off “The Conjuring 2” and settle for the “It’s the Great Pumpkin, Charlie Brown.”

And likewise, don’t discount your friends who find nourishment in horror films. Blayne Waterloo, a web content and design specialist in Penn State Health’s Office of Marketing and Communications,  hosts a podcast on horror movies called “Ladies and Ligaments” and contributes as an editor to the famous scary-movie magazine Fangoria.

“Horror allows us to exorcise our worst fears, sure,” she said. “But as someone who struggles with mental illness, horror is one of the only arenas where my struggles aren’t just depicted but depicted with empathy. There’s a lot about the genre that explores the human condition in a way that can help viewers feel seen just as they are. The monsters on screen aren’t simply made for our nightmares – they’re often metaphors for the parts of ourselves that society doesn’t deem acceptable.”

“Horror embraces the flaws of being human in a way the world doesn’t give us room to explore,” she continued, “and that’s beautiful.”