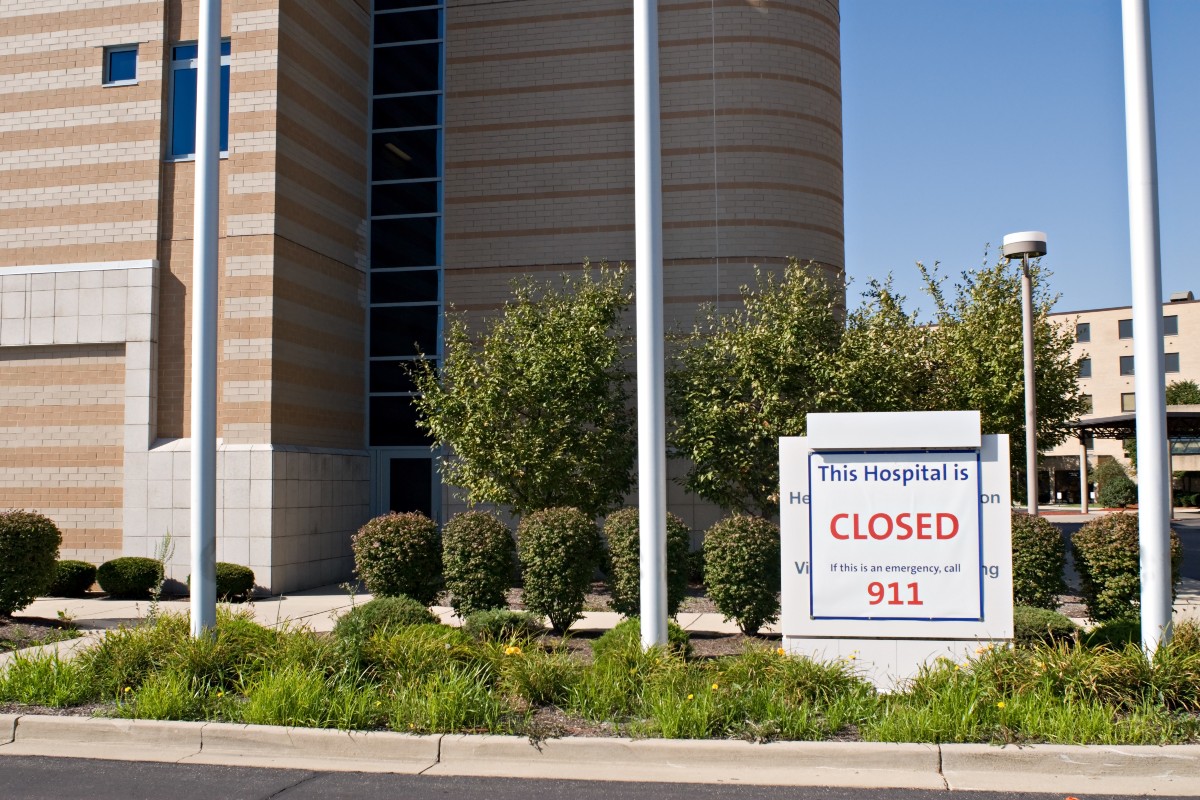 Since 2005, more than 180 rural hospitals in the United States have closed, with nearly 1,000 more at risk of doing so. A study by Penn State College of Medicine researchers found that nearby hospitals see increased emergency department visits and admissions as a result of these closures.

“Previous studies have shown that rural hospital closures can have negative health consequences for the communities they serve,” said Daniel George, associate professor of humanities and public health sciences. George and colleagues, including a College of Medicine medical student alumnus Shayann Ramedani, who led the study, published research on how these rural hospital closures affect “bystander hospitals,” or those within a 30-mile radius of the closed facility.

“To our knowledge, we’re the first group to explore this question,” George said. “We predicted that closures would, over time, lead to increased strain on bystander institutions.”

The team studied closure information from a University of North Carolina Sheps Center for Health Services Research database. The researchers studied rural hospitals that had a more than 25-bed capacity and which closed between 2005 and 2016. They analyzed the average rate-of-change for inpatient admissions and emergency department visits at bystander hospitals two years before and two years after each nearby closure.

Overall, they identified 53 closures and 93 bystander hospitals that met the criteria. Sixty-six percent of the closures were from the southern United States, while 21% were from the Appalachian region. Average emergency department visits increased by 3.59% two years prior to a hospital’s closure, while two years following the closure, average visits increased by 10.22%. Average admissions fell by 5.73% at bystander hospitals two years before closure but increased by 1.17% in the two years following a closure. The results were published in the Journal of Hospital Medicine.

“This research confirmed a problem for the health care field that many already suspected,” George said. “The question now becomes how researchers and policymakers can develop solutions to help bystander hospitals handle increased volume.”

“We know rural areas, especially regions like Appalachia, are at increased risk for diseases of despair including alcoholism, accidental poisonings and suicide,” Kraschnewski said. “Increased burden at bystander hospitals and health care institutions may cause these problems to proliferate if other public health interventions aren’t identified and implemented.”

Douglas Leslie, chair of the Department of Public Health Sciences at Penn State College of Medicine, also contributed to this research. The researchers declare no conflicts of interest.