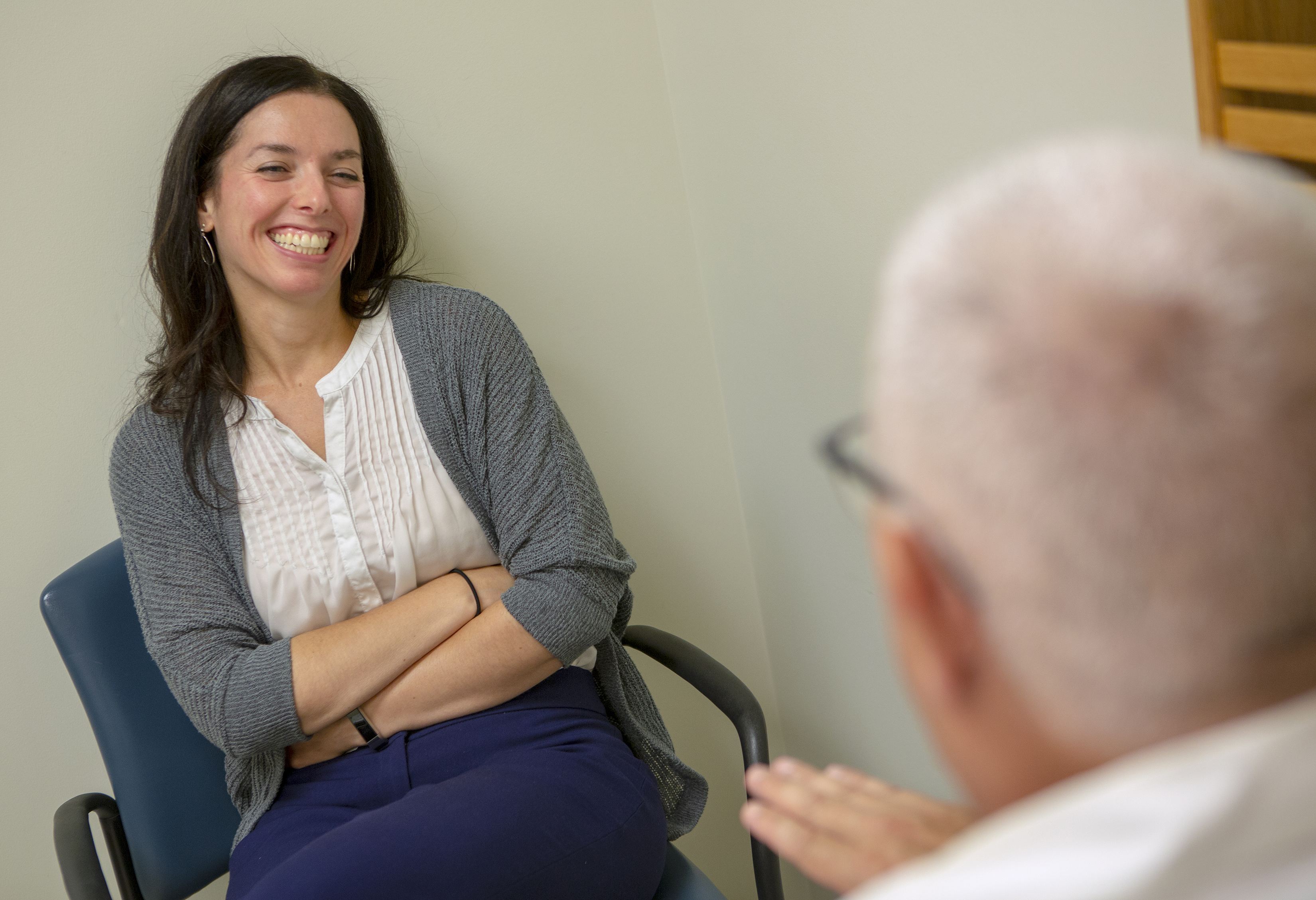 Princess Young knew her recurring pain was more than just “part of being a woman,” but finding answers proved daunting.

It wasn’t until the then 30-year-old Annville woman was set to have her gallbladder removed and she mentioned to the surgeon that her pain was worse during her menstrual cycle that she found the real culprit: Endometriosis.

“I was very blessed to be correctly diagnosed within a year. Many women are told for years ‘That’s just your normal period. Suck it up and deal with it,” said Young, who leads the Central PA Endometriosis Support Network, a Facebook page with 900 followers, many of whom are Penn State Health patients.

More than six million U.S. women suffer from endometriosis, a painful condition that occurs when endometrial glands grow outside the uterus, often in the abdomen and pelvis.

Although it affects one in 10 women of reproductive age, endometriosis is woefully unrecognized and undertreated, said Dr. Gerald Harkins, an obstetrician-gynecologist at Penn State Health Milton S. Hershey Medical Center and Young’s doctor. 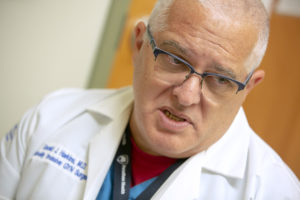 “We want to empower women to speak up for themselves by providing outreach, education and multidisciplinary care,” said Dr. Gerald Harkins.

“Across the U.S., the average wait time from when a woman complains of symptoms of endometriosis until she receives specialized care is six to eight years,” Harkins said. “Specialized care for women with endometriosis is difficult to find. Women are dismissed over and over again, and they are so frustrated because of that.”

When she first became Harkins’ patient, Young, an avid runner, was having “knife through the ribs” pain. It turned out that endometriosis had invaded her chest cavity and grown to the size of a softball, complete with its own blood supply.

After surgery to remove it, she felt good for two years, but then the familiar pain began again. She had a hysterectomy in 2015 and will have surgery again in September to find the source of her pain.

“It’s not cancer or something that will kill you, thank God, but having that kind of pain for the rest of your life could be unbearable,” Young said. “Because of endo, I have scar tissue and adhesions, but I finally have the attention I need to find answers and solutions.”

Women in central Pennsylvania already have an advantage with specialized care for endometriosis available from Penn State Health, said Harkins, who established the Division of Minimally Invasive Gynecologic Surgery at the Milton S. Hershey Medical Center.

The new Penn State Center for Endometriosis and Female Pelvic Pain, which opened on Sept. 1, enhances that care by providing a virtual home where women can access the latest research and treatment options, educational resources and links to specialty services for co-existing conditions.

“We want to empower women to speak up for themselves by providing outreach, education and multidisciplinary care,” Harkins said. “Endometriosis takes a huge toll on a woman’s role as a mother, a wife, an employee and can keep her from enjoying many activities of life.”

The new center will provide patients an umbrella under which they can receive coordinated care that loops in other specialists they may be seeing in areas such as urology, gastroenterology and psychology, he said. 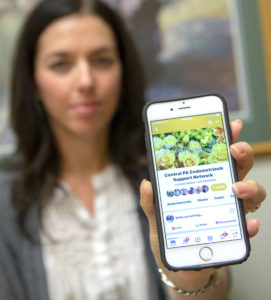 Those connections can also help providers collaborate on research as they consider all the areas of a woman’s health that can be affected by endometriosis, Harkins said.

The center also seeks to educate health care providers, many of whom don’t understand how common endometriosis is and often fail to refer patients to a specialist who could help.“Every day, we hear stories from women who say they complained, but they were never offered any concrete help,” Harkins said. In the meantime, their condition is interfering with their life, causing them to miss work, school, sporting events and more, he said.

Several myths about endometriosis contribute to lack of correct diagnosis, Harkins said. Some doctors think it’s a young woman’s disease, so older women who complain can’t possibly have it. Women who have children may also be dismissed because of another myth that if a woman was able to get pregnant, she must not have endometriosis, Harkins said.

The good news is that there is help, Harkins said. Medications, diet modifications and surgery are available, but just having their symptoms validated makes a positive difference in how many women feel, Harkins said.

“No matter where they live or who their doctor is, the new center will provide the knowledge and resources for women to deal with this effectively – and that’s empowering,” Young said.