Finding My Footing: A Girlfriend’s Perspective 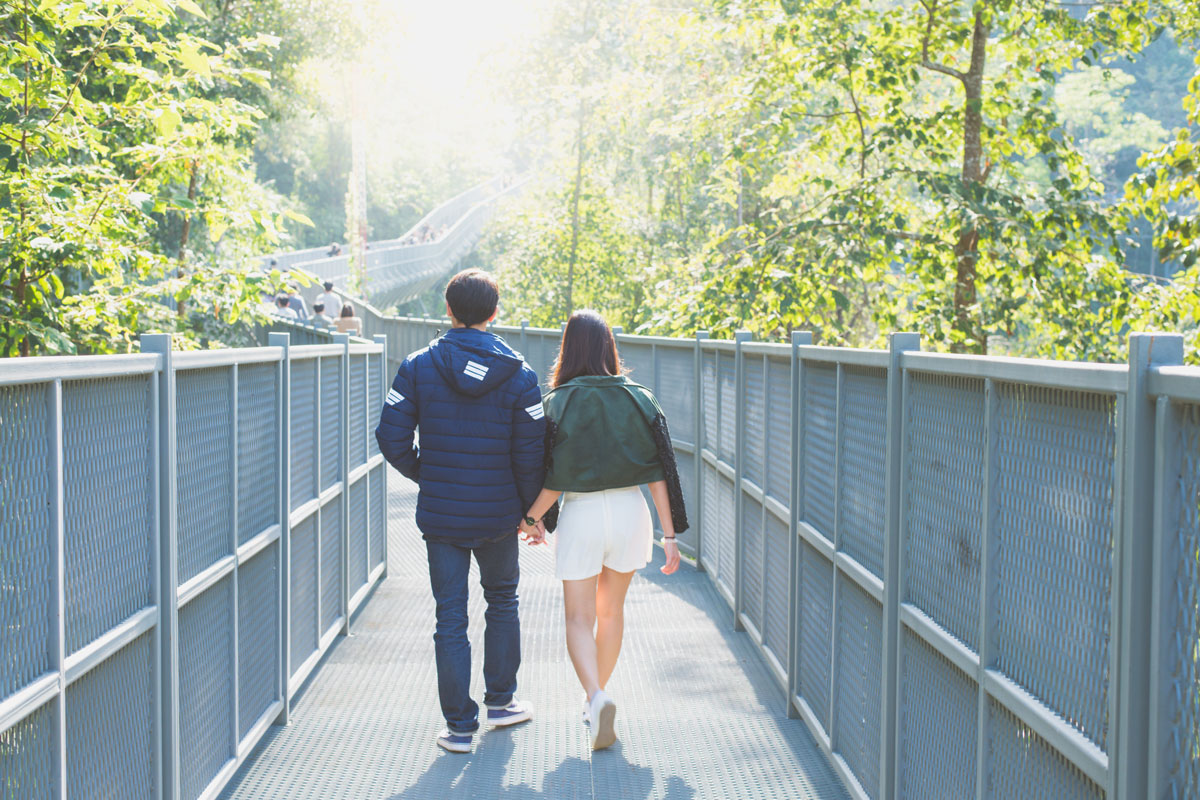 Four years ago, my boyfriend, Casey, at the ripe age of 22, was diagnosed with acute lymphoblastic leukemia (ALL) three days before our college graduation ceremony.

Casey and I had been dating for a little over a year at that point and I was head over heels in love. He was smart, funny, caring and very attractive. In those first 18 months of dating, he quickly cemented himself as my best friend and closest confidant. So when I received a flustered call mid-finals week that he needed me to drive him to the hospital ASAP, I hastily went off to find him.

Casey was white as a ghost and shaking from nerves the whole car ride. We thought he just had a rough cold for a couple of weeks, so when the Penn State on-campus doctor told Casey his blood counts looked odd and he needed to get to a Hematology/Oncology specialist ASAP, he started freaking out. Casey recounts that I seemed so calm during our drive to Hershey. Truthfully, I was in just as much of a panic, but knew that reaction would only spook him more. That’s probably the moment my role as a caretaker really started.

A whole bunch of tests, tears and tough conversations later, Casey started his treatment for ALL at Penn State Health Children’s Hospital in Hershey. Casey was bound to the hospital those first few weeks, which in my mind meant that I was bound to the hospital, too. I didn’t want him out of my sight. It felt selfish to leave when his IV bags of chemo were chaining him to a hospital bed. I slept at the hospital every night, tossing, turning and worrying about what was to come.

It was a really weird time to be given this news. We were three days away from graduating college, going off on our own and finally starting our adult lives. Now we (especially Casey) needed the support of others but longed to keep the independence we thought we earned as 22 year olds. Because of this (and probably my absolute refusal to leave his side), I organically fell into the role as Casey’s primary caretaker.

I would stay overnight in the hospital with Casey during inpatient stays, order him food, get him books, walk around the hospital and watch movies during our countless hours in Hershey. Really, I just provided companionship throughout a strange and scary time because it was the only way I knew how to help. I wanted to take the psychological, physical and mental pain away and I didn’t know how. I felt useless and was infuriated that I couldn’t cure his cancer directly with my own two hands.

I continued to feel lost and knew I needed to do something more or I would go crazy. I started creating my own action items to help me feel supportive throughout Casey’s treatment:

Shop for groceries so he always had his favorite foods to eat when he could muster up an appetite (or alternatively when he had a HUGE appetite on steroids).

Organize a blood drive for friends and family to donate blood in Casey’s honor.

Coordinate a group of our loved ones to fundraise money for the Leukemia & Lymphoma Society by running the Philadelphia Half Marathon.

Throughout all of this I came to the realization that, while these tasks may seem helpful and made me feel better, the best way I could actually support Casey was just by being at his side —to check in on him daily and offer words of encouragement, to give him someone to commiserate with during the crappy times or to even just sit in silence together so he wasn’t alone. I needed to balance having empathy for Casey’s uniquely shitty situation, while also just being his girlfriend and making the world feel normal again. I really didn’t need to do anything other than be there and support him with whatever emotions were present that day.

Four years later, I’m still navigating how to be the best caretaker, girlfriend, confidant and advocate for Casey. By no means am I an expert, but my few words of encouragement to any caretaker out there is that you’re doing a great job. Although it may not feel like it, your presence and your company are enough and it’s making all the difference.

The family impact of AYA cancer

"Why Me?": Questions of Faith