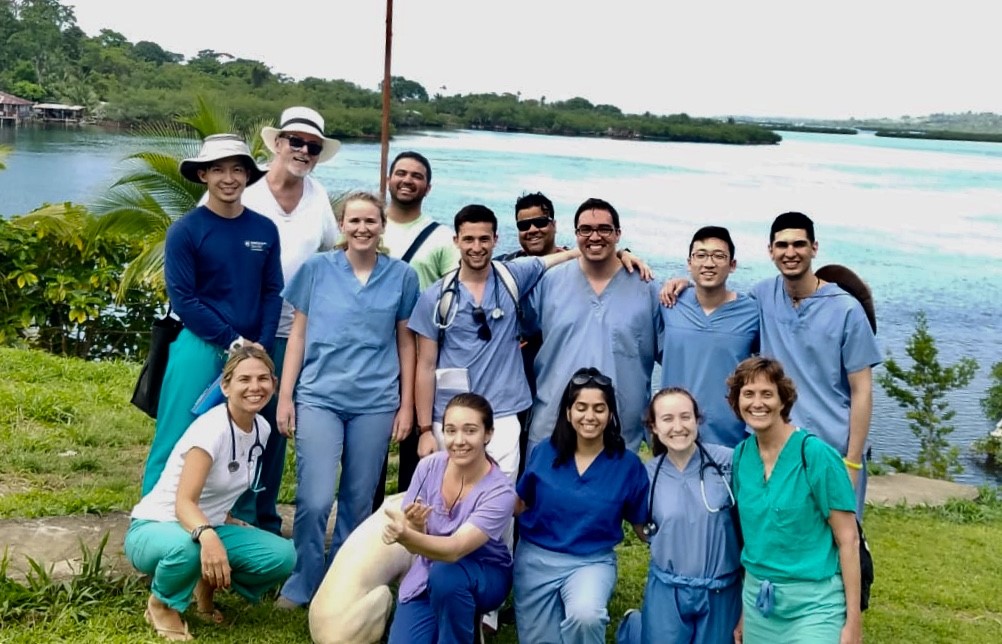 Penn State College of Medicine students who worked on the island of San Cristobal pose for a photo.

Grant Wandling had never left the U.S. before an April trip that had him sleeping in hammocks, making due with no running water and providing medical care to the indigenous Ngabe people of Panama.

He was one of 20 first-year medical students at Penn State College of Medicine who completed their primary care preceptorship on the remote islands of Panama’s Bocas del Toro province. Drs. Bill and Eileen Hennrikus, both professors at the College of Medicine, led the 10-day trip with eight other professors.

“It really reminds you that there are people outside of the United States who are in great need of treatment,” Wandling said. “We not only saw a lot of medical problems, we also saw another culture.”

The Hennrikus couple began leading the Panama trips seven years ago when students requested it so they could gain experience in international health without committing to Penn State College of Medicine’s four-year global health curriculum. It has grown into an accredited medical school course.

Eileen Hennrikus said the preceptorship is one of the first times medical students can get out of the classroom and practice what they have been learning for the past year.

“It’s very hands-on,” she said. “We really need the medical students to help manage the patients because we don’t have nurses and medical assistants. The students are involved from beginning to end: taking histories and blood pressures, performing physical exams and lab studies, and finally discussing diagnoses and care plan. They then help in pharmacy and in patient education.”

This year, the group traveled with the Floating Doctors organization, which uses motor boats to reach remote regions and provide care. Each morning, groups of the students would ride to different islands and set up free clinics near schools.

“We go way out where health care isn’t available,” Eileen Hennrikus said. “The country has an excellent medical system and medical care, but there are isolated places with small populations where it’s geographically difficult to provide access.”

Wandling saw firsthand how the lack of a working sewer system or running water can cause medical conditions such as pinworm infestations and dehydration. “The people are living in 95-degree heat and high humidity with limited water supply,” he said. “Many of the patients we saw had low blood pressure and high heart rates because of it.”

Diseases such as scabies, fungal infections and musculoskeletal problems resulting from hard labor were also common.

Daniela Medina, a first-year medical student who organized the trip, said the students had to raise money to pay for their personal travel expenses, make travel plans for the group and complete a crash course in medical Spanish. Their National Pi Day fundraiser let students smash a pie in the face of Penn State College of Medicine professors in return for a donation.

Medina, who was born in Cuba and is fluent in Spanish, said working as an interpreter for her peers was challenging since she didn’t know all the medical terminology in Spanish. She was also impressed by the need for patient education in Panama.

“One woman came to us and said she had had a cough for the past seven years,” Medina said. When she began talking about lower abdominal pain and told them she had 10 pregnancies, they discovered she had a prolapsed uterus, a condition that could have been easily diagnosed and cared for in the United States. “The whole trip was very eye-opening,” she said.

Dolly Patel decided to join the trip because of her interest in global health and working with underserved populations.

“I feel like I’m in a really privileged situation and should help where help is needed,” she said. “One day I want to go back to the villages where my parents grew up in India. I can provide care as a physician, take students and teach.” 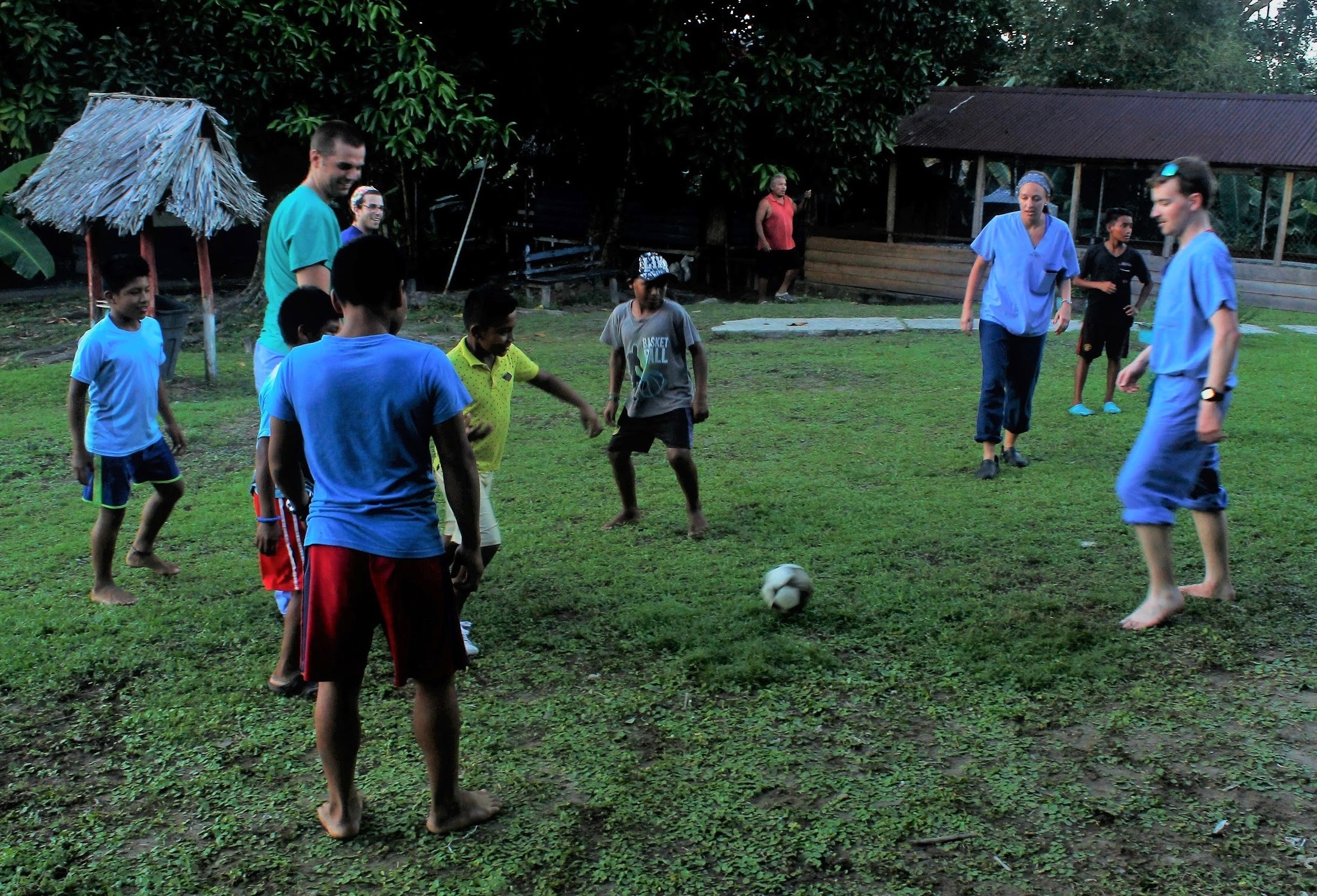 Medical students Maddie Fritsche, second from right, and Andrew Nevin, right, take a soccer break with boys on Rio Cana island after the clinic ended for the day.

After showing patients how to clean their clothes and bedding to get rid of mites and demonstrating stretches they could do to prevent the shoulder and back pain that is common from their housework and farm work, Molly Hartley said she came home with a renewed belief in the importance of educating patients.

“The big lesson I took away from this trip is that preventative medicine is so much more cost-effective than treating certain diseases after they occur,” she said.

The students also got to spend some time at a hospital run by the University of Panama Medical School, which has a memorandum of understanding with Penn State College of Medicine.

Two weeks before the medical students travelled to Panama, a University of Panama Medical School fellow came to Penn State College of Medicine to study, while two College of Medicine residents and an attending physician traveled to the hospital in Panama.

“It’s an international resident and faculty exchange, but this is the first year we have sent medical students to Panama,” Eileen Hennrikus said. “We’re building our collaboration a little bit more each year.”

Women of the Ngabe community perform a dance of appreciation for the Penn State College of Medicine students on the last day of clinic on Rio Caña island.