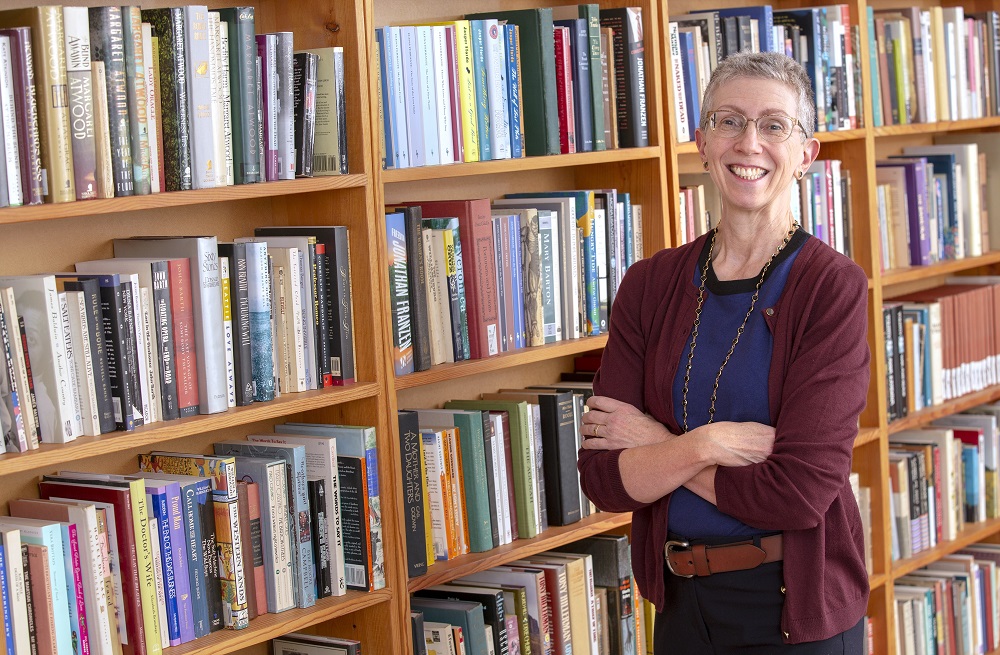 Appreciating the humanities is an integral part of preparing to practice medicine, says Department of Humanities Chair Bernice Hausman.

“For the work I do, this is a dream job,” said Hausman, who holds a doctorate in feminist studies and critical theory and came to the College of Medicine in November 2018 from Virginia Tech, where she chaired the English department. “Generally, medical schools may have one course in the humanities. Not many have an entire department.”

Appreciating the humanities is an integral part of preparing to practice medicine, Hausman said. “The ability to understand social context and social relations is critical for a doctor because medicine is, after all, a people-oriented profession,” she said.

Study of the humanities offers medical students something that scientific study doesn’t always foster — ways of thinking about the world that acknowledge uncertainty, emphasize multiplicity and plurality, encourage creativity and value subjectivity, she said.

“The ability for a doctor to understand social context and social relations is crucial,” she said. “Doctors aren’t just dealing with biochemical pathways and biological diseases. They’re dealing with human beings who have lives, and they need to understand motivations and behaviors that are culturally based — linked to belief systems, traditions and social networks.”

Since its inception in 1967, the College of Medicine’s Department of Humanities has been a pioneering model for the importance of cultivating physicians who can bridge science with a sophisticated understanding of community, ethics and the whole person, said Dr. Craig Hillemeier, Penn State College of Medicine dean, Penn State Health CEO and Penn State senior vice president for health affairs.

Hausman came to the medical humanities through studying medical controversies in the public sphere. After researching and writing three books, Hausman has concluded science alone can’t solve these controversies — modes of understanding from the humanities and social sciences must be brought to bear.

“Humanities methods, such as deep reading and rhetorical framing, create a capacity to identify and analyze cultural patterns — crucial to understanding the social condition,” she said.

Hausman is the author of three books, “Changing Sex: Transsexualism, Technology, and the Idea of Gender,” “Mother’s Milk: Breastfeeding Controversies in American Culture,” and “Viral Mothers: Breastfeeding in the Age of HIV/AIDS.” Her newest book, due out on April 15, is titled “Anti/Vax: Reframing the Vaccination Controversy.”

“Vaccination dissent is a medical controversy that is really ripe for humanistic analysis,” Hausman said. “Historically, vaccine skepticism has always been present. In Britain in the 1800s, there were riots about compulsory smallpox vaccination.”

What is new is heightened concern among certain groups — but they aren’t only the groups one might expect, such as parents who think their children were in 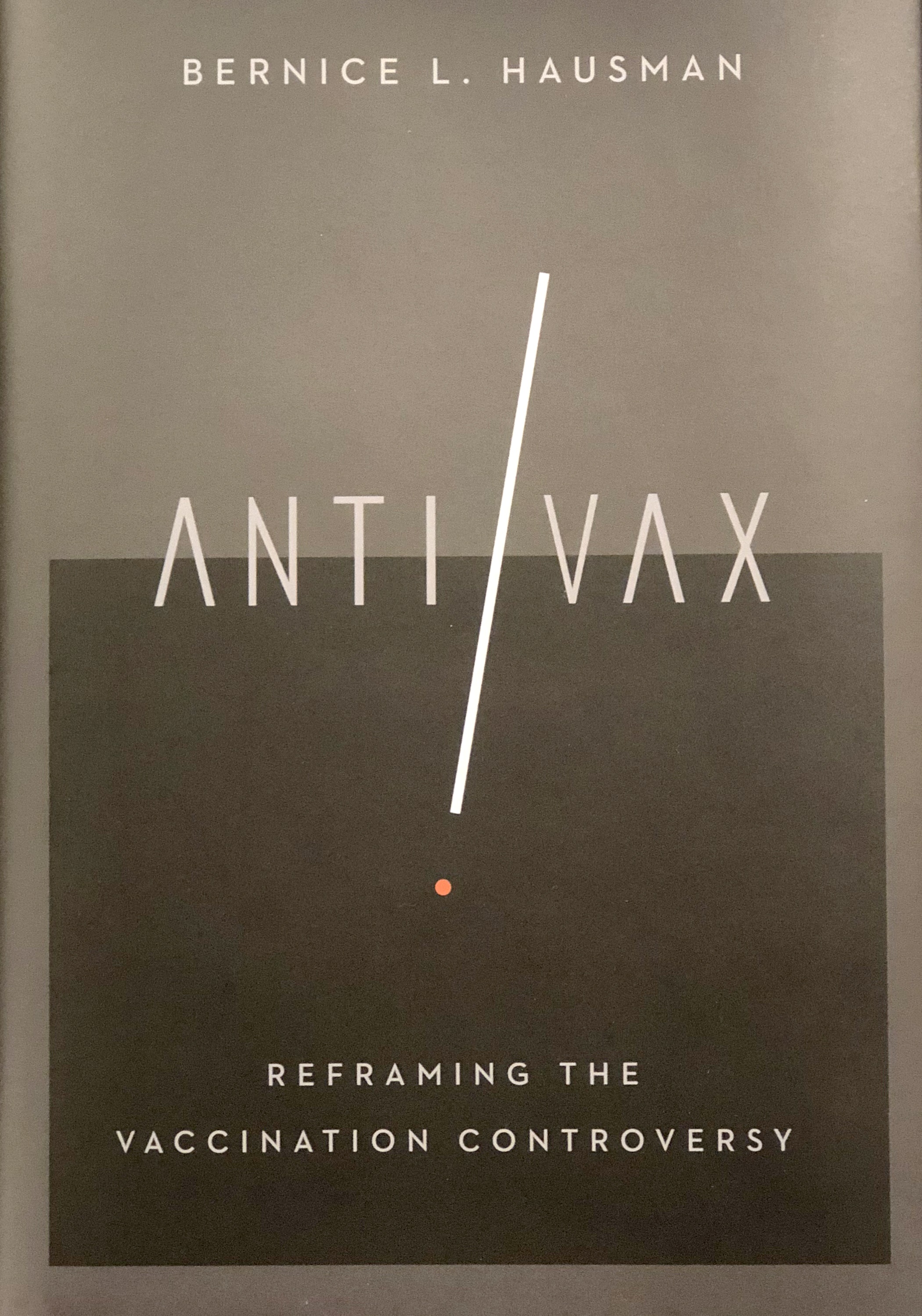 Hausman’s latest book reframes the vaccination controversy as a discussion of concerns about modern life.

jured by vaccines or people who don’t believe in the practice of vaccination in general, she noted.

“My book tries to show that there are broad cultural concerns shared by people who aren’t against vaccines,” Hausman said. “These are concerns about the unreliability of scientific studies and pharmaceutical greed, coupled with a distrust of bureaucratic authority and biomedical technology. These concerns augment a simmering suspicion that government is willing to sacrifice the health of a few to save the many. Trust is a central issue.”

As a result, the controversy can be reframed as a discussion of concerns about modern life. We all may find ourselves at different points on the same continuum, Hausman suggested.

“We need to stop talking about vaccine resistors as ‘crazy people over there’ who are different than us and don’t understand the importance of vaccines in fighting against disease,” she said. “In addition, we should not fall victim to the notion that we have an enormous problem around vaccination in the U.S. We don’t.”

Hausman is involving College of Medicine students in her research. Students are looking at changes in the tone and content of public comment at meetings of the Centers for Disease Control’s Advisory Committee on Immunization Practices. In addition to supporting her research, they are developing their own independent medical student research projects on vaccination controversy.

In other forward-looking work in the humanities department, Hausman is exploring a graduate program in medical humanities, which would be the first such program in Pennsylvania.

The program could offer the opportunity for a variety of constituent groups to get further education, such as practitioners who want certification in this area, students who want a gap year between a bachelor’s degree and medical school and those interested in graduate study in the humanities to work in the health care arena, Hausman said.

Register for the inaugural Research and Innovation Awards Ceremony