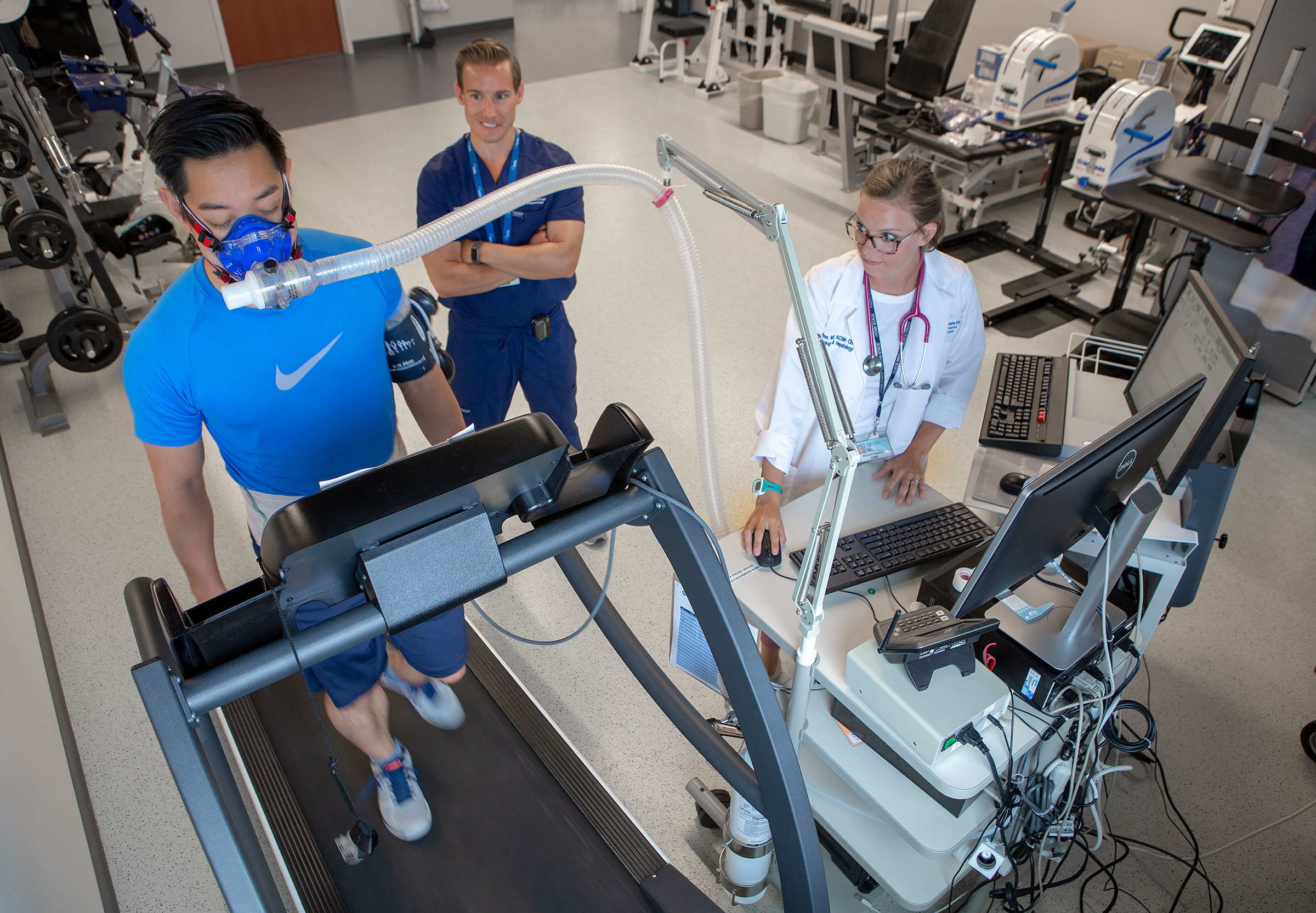 A team of Penn State researchers developed a first-of-its kind clinical trial to test the use of exercise as a treatment for patients with a severe form of nonalcoholic fatty liver disease known as nonalcoholic steatohepatitis, or NASH.

Fatty liver disease can progress to NASH when a person is inactive and has what is known as gut dysbiosis, or an imbalance in the microbes of the digestive system. Previous research has shown that exercise training reverses dysbiosis in people without NASH who have obesity, and in NASH studies in animal models.

In collaboration with researchers at the University of California – San Diego and Juniata College, Penn State College of Medicine’s Jonathan Stine, MD, MSc, and his research team conducted the first study to investigate the effects of exercise training on gut microbiome in patients with NASH. The study analyzed stool samples from six subjects who were participating in the NASH Fitness Intervention in Thrombosis (NASHFit) Trial before and after 20 weeks of exercise training. The new proof-of-concept study was published in late August 2020 in the journal Clinical Gastroenterology and Hepatology.

Researchers also found that exercise training enriched certain bacteria, including Parabacteroides distasonis, low levels of which lead to the development of NASH and increase cardiovascular risk. Enrichment of Parabacteroides distasonis enrichment created multiple positive co-occurring relationships with commensal gut organisms, including Lachnospiraceae and Ruminococcaceae, each of which may lessen “leaky gut,” promote gastrointestinal health and interrupt disease progression in NASH.

The findings will require further validation in a randomized controlled trial. If validated, new treatments beyond exercise that target microbiome manipulation could be discovered for NASH patients.

How patients with liver disease can benefit from exercise