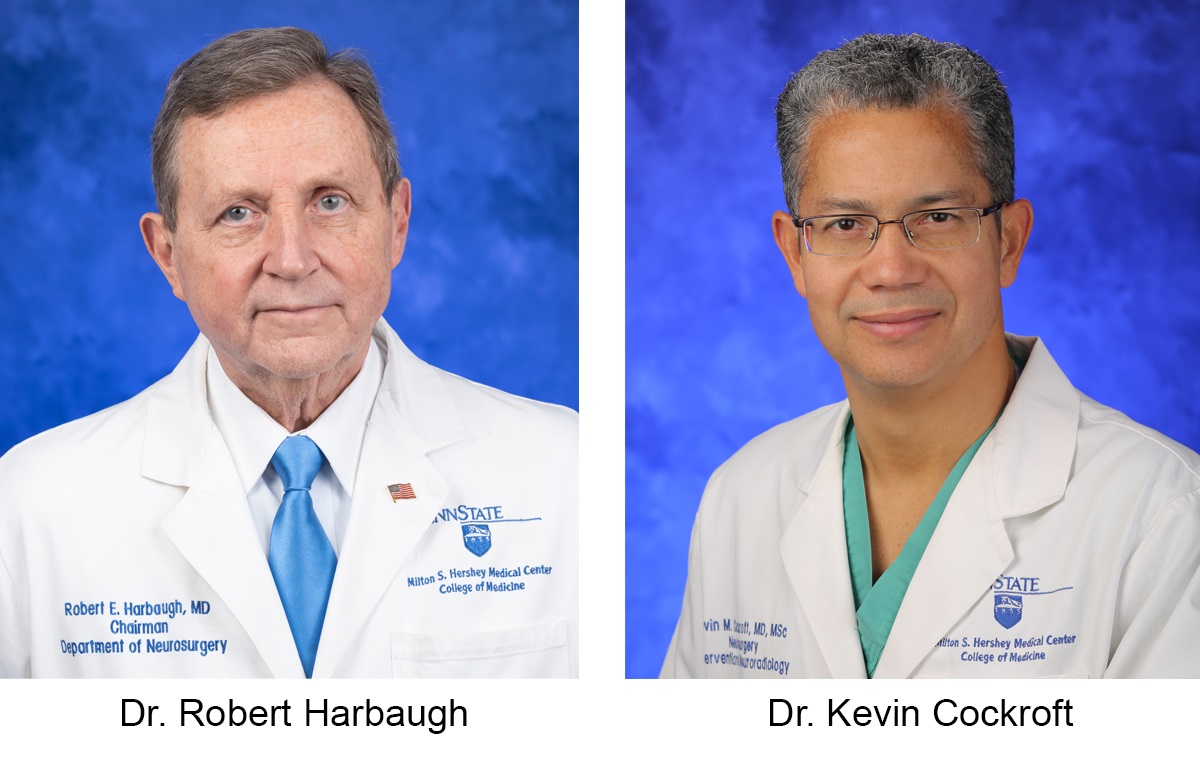 Dr. Robert Harbaugh will step down as chair of the Department of Neurosurgery within Penn State College of Medicine and the Milton S. Hershey Medical Center on July 1, after 18 years of serving in that role. Dr. Kevin Cockroft will assume the role of interim chair.

Harbaugh, the first Penn State College of Medicine graduate to serve as a department chair at Hershey Medical Center, will continue in his role as senior vice president of the Penn State Health Medical Group, Academic Practice Division.

“Bob has been an extraordinary physician, educator, researcher, mentor and leader within our organization, and we are grateful for his many contributions across our missions,” said Dr. Kevin Black, interim dean of the College of Medicine, and Deborah Berini, president of Hershey Medical Center.

“When he took on the chairmanship in 2003, the newly formed department had five faculty members, no external research funding, four residents and a training program on probation. Today, it boasts 34 faculty members, a residency program with 21 residents and ranks in the top 20 in National Institutes of Health (NIH) funding. As a result, residents of central Pennsylvania can receive the very best, most advanced neurosurgical care right here, close to home.”

Harbaugh has been selected to receive the 2021 Harvey Cushing Medal, the highest honor awarded by the American Association of Neurological Surgeons, for his lifetime contributions.

After returning to the College of Medicine, he was promoted to the rank of University Distinguished Professor, named a Penn State Alumni Fellow and served as the director of the Penn State Neuroscience Institute from 2009-2018.

Harbaugh has been a visiting professor at 75 academic institutions, the honored guest of neurosurgical societies throughout the world and has delivered 31 named lectures.  He has served in leadership roles for numerous national organizations. His faculty and former residents have endowed a lectureship in his honor, which will occur at the time of resident graduation each year.

Cockroft’s clinical and research interests include brain aneurysms and subarachnoid hemorrhage, as well as arteriovenous malformations of the central nervous system and occlusive cerebrovascular disease. The principal investigator on several NIH- and industry-sponsored clinical trials, he has authored numerous scientific articles and book chapters and is frequently invited to lecture on topics related to neurovascular surgery at national and international meetings.