A stock photo shows a close-up view of a lab technician’s hand as it holds a test tube containing a substance that looks like blood and labeled HIV-positive.

Among West African countries, Ghana has one of the highest rates of human immunodeficiency virus (HIV). In recently published Penn State research, researchers examine HIV cases to better understand the prevalence, as well as the attitudes and behaviors of the men and women living in the region. 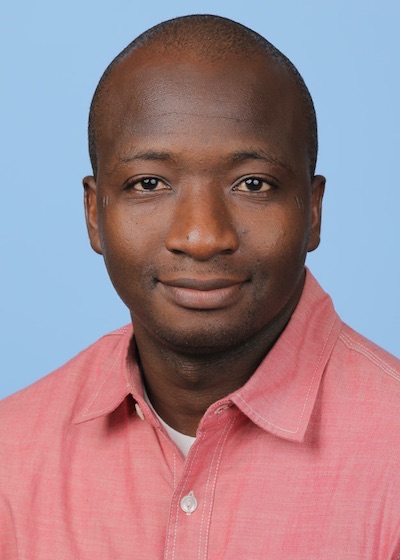 The study, titled Prevalence, behavioral and socioeconomic factors associated with human immunodeficiency virus in Ghana: A population-based cross-sectional study and published in the Journal of Global Health Reports, uses data from Ghana’s 2014 Demographic and Health Surveys. Among participants with HIV, there were 119 women and 45 men. Researchers assessed participants’ HIV status through blood test results and used multivariable logistic regression to identify potential factors associated with HIV.

The study reveals gaps between HIV knowledge and prevention behaviors. Findings show that even though men and women in Ghana know about transmission risks and contraceptive devices, the number of positive HIV cases is high. The overall prevalence of HIV in this study was 2%. The study found a prevalence of HIV among women (2.5%) approximately twice that of men (1.1%). Among participants with HIV, 70% of women and 100% of men knew how to obtain condoms. Similarly, compared to women without HIV, a higher proportion of women with HIV knew where to get female condoms.

The multivariable analysis found a significant positive association between HIV and age, marital status, testing history, having one sex partner, and religion. Findings show that women in Ghana were more likely to be HIV-positive than men. Researchers found that increasing age was positively and independently related to the prevalence of HIV infection in both women and men. Men 35 to 49 years old were seven times more likely to be HIV-positive than men between 15 and 24 years old. Participants who were widowed, divorced or separated were more likely to have HIV. The study found that testing positive for HIV was associated with having been tested in the previous year.

Overall, the study illustrated the need to target all levels of the social-ecological model (policy, community, organization, interpersonal and individual) in order to successfully reduce cases of HIV in Ghana. Additional research is needed to explore effective intervention strategies for the region.

For this study, Ba was joined by Penn State researchers Paddy Ssentongo, MD, MPH and Kristin Sznajder, PhD, MPH. Ssentongo is also an Epidemiology PhD student as well as an assistant research professor in Penn State Center for Neural Engineering, and Sznajder is an assistant professor of public health sciences.