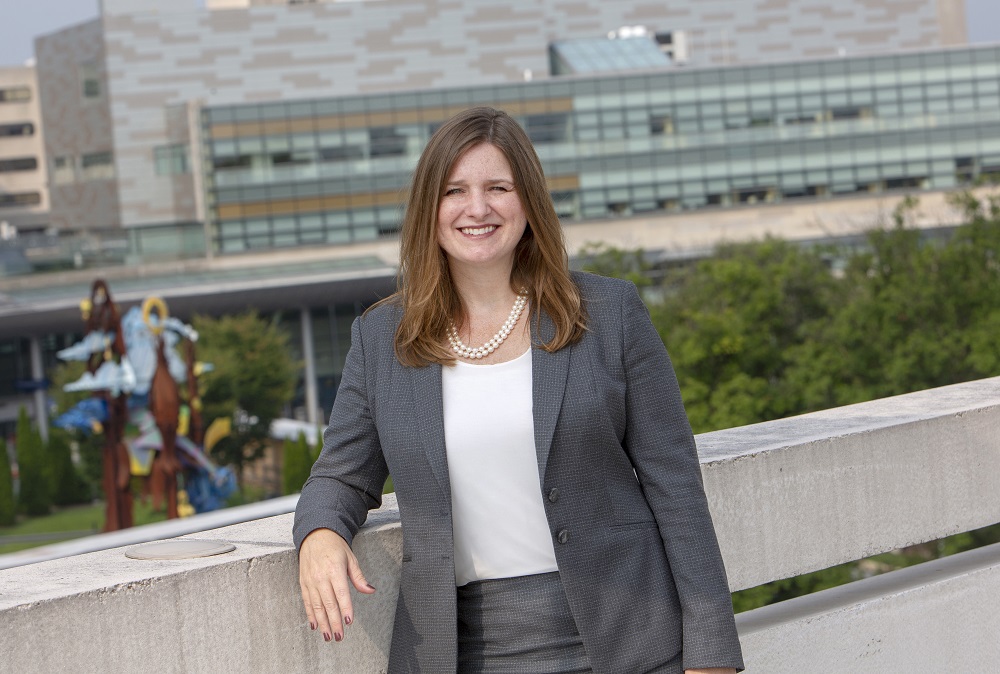 Dressed in scrubs and leaning in to smile reassuringly at a baby and his parents, Deborah Berini is doing what she likes best—connecting with people.

“It allows me to be present in the environment, get to know the people, see what is working and what isn’t—and all of that allows me to be a better advocate for our patients, staff and faculty,” said Berini, who took over the helm at the Milton S. Hershey Medical Center in September, becoming its first female president.

Whether with patients, staff or visitors at the Medical Center, the new president views her time spent outside the walls of her administrative office as key to the success of her goals for the organization.

“There is so much to learn before I can work with our leaders to set a direction for the medical center,” said the St. Louis native who most recently served as chief operating officer at the University of Texas Medical Branch Health System. There, she led its growth from a single campus university-affiliated medical center to a regional health system. This marks her first time in the president’s chair.

“Deborah arrived at a time when the organization was developing a comprehensive response to workplace violence,” Himes said. “She listened and asked for the voice of the customer. In this case, how were the nurses as well as patients and their families involved in planning? She looked for a multifaceted approach, including prevention, improved assessment, communication and handoffs, as well as security enhancements.”

Alan Brechbill, previous president of the Medical Center and currently executive vice president and chief operating officer for Penn State Health, said Berini’s strong experience with academic medical centers and her obvious ability to work well with others made her stand out.

“We’re a growing health care system, and the Medical Center is a very key component of that,” he said. “Deborah is the person to keep that success growing in an incredibly competitive atmosphere.”

Berini said the collaborative environment at Penn State Health captivated her. “There are a lot of really talented people here doing amazing things in the service of our patients, and I was drawn to working with them,” she said.

True to her leadership style, Berini said she didn’t come with an agenda—she wants to ask lots of questions and get feedback, so she can understand how she can add value.

“She’s very team oriented, and she’s a good listener and really takes it all in,” said John Morahan, president of Penn State Health St. Joseph. “She’s also forthright, a hard worker and you know she is going to get the job done.” 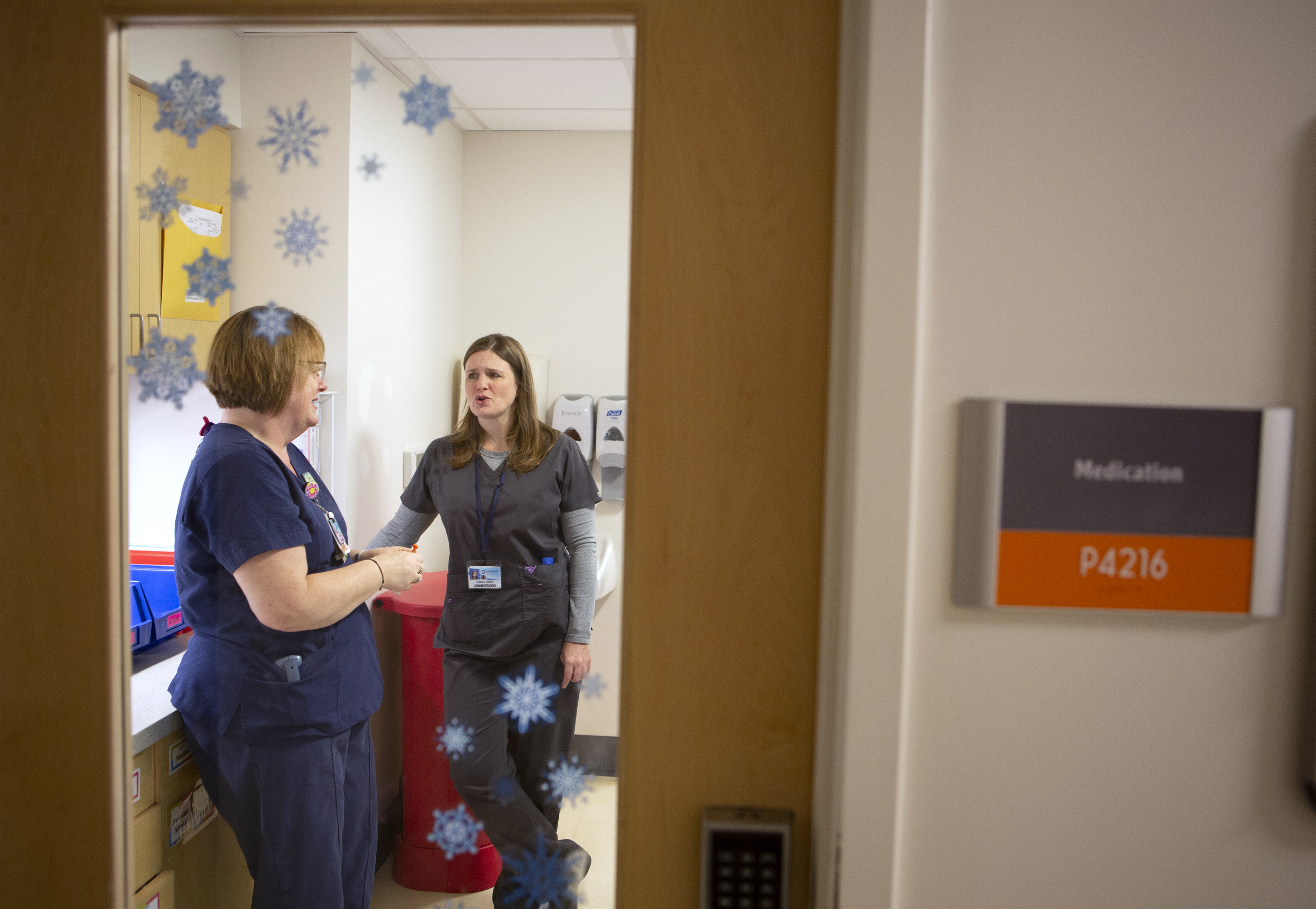 Berini devotes two hours each week to shadowing employees in the hospital to improve communication and advocate for staff and patients.

The atmosphere and mission of an academic teaching hospital energizes the new president.

“Our mission is patient care and to advance that care through research, education and community service—I love that,” Berini said. As the only university health center in central Pennsylvania, Hershey Medical Center is known as a critical regional resource and the only local medical facility that offers certain specialized and advanced care.

Space is the biggest current challenge, with Hershey Medical Center routinely at 98 percent or higher occupancy. Construction will create new capacity to meet demand; however, additional strategies must be developed to ensure the Medical Center’s unique services are accessible to patients, she said.

“Right now, about 75 percent of inpatients give us an overall rating of 9 or 10. That rating puts us at about the 47th percentile compared to other university health centers,” said Berini, who makes a point of reading the comments on the patient experience surveys each month. “The patient comments and letters I receive tell us that consistency of service and coordination of communication between the health care team and the patient are keys to improving our patients’ perception of the care we provide.”

Berini believes good communication starts at the top, which is why she devotes two hours a week to shadowing employees in the hospital. She is continuing the tradition of monthly employee breakfasts that Brechbill previously hosted and is working on developing a forum for frontline faculty.

Back in the PICU, Berini stands at the foot of an elevated bed, cooing at 4-month-old Caden Hoover and telling his parents, Rachel and Zach Hoover, what a beautiful baby they have.

The Hoovers have no idea they have just met the president of the medical center that is saving their son’s life. Caden was born with hypoplastic left heart syndrome and has had two of the three heart surgeries he will need.

“We looked at Children’s Hospital of Philadelphia and here,” said the Palmyra couple. “It’s amazing here, so we chose this place. It was the right choice.”

Those are words that Berini hopes to hear often during her tenure in the president’s office. 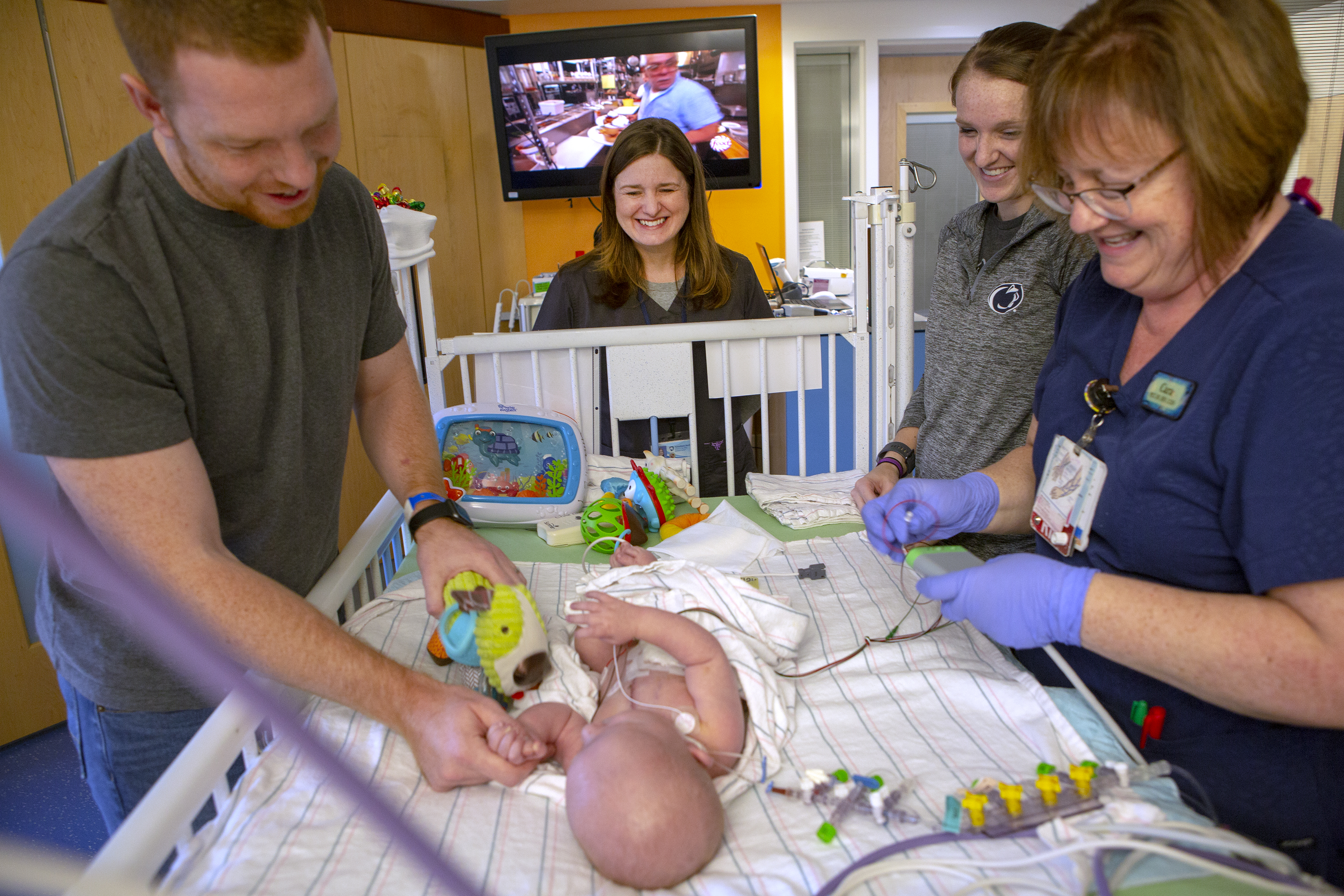