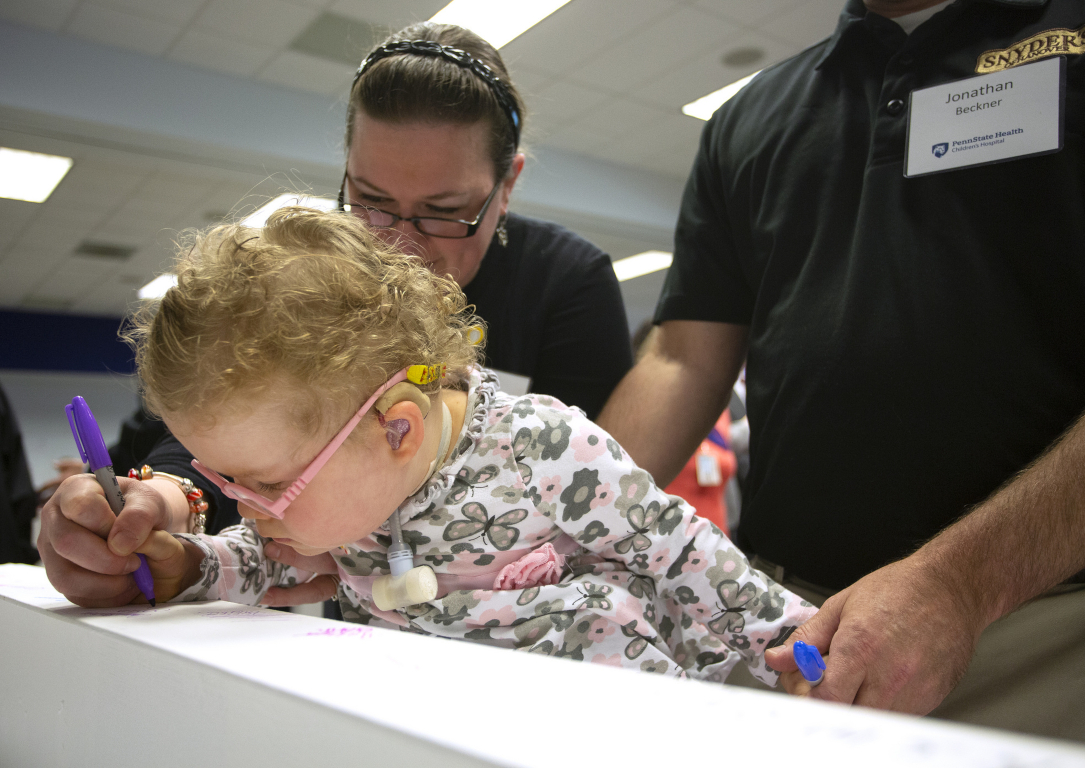 Penn State Children’s Hospital hosted the first of two events to celebrate a milestone in the three-floor expansion of the region’s only freestanding children’s hospital on Oct. 18.

Patients and their families, community supporters, lawmakers, Penn State Health officials and others gathered to become a part of history and add their names to a beam that will be placed next week to “top off” the Children’s Hospital expansion project. 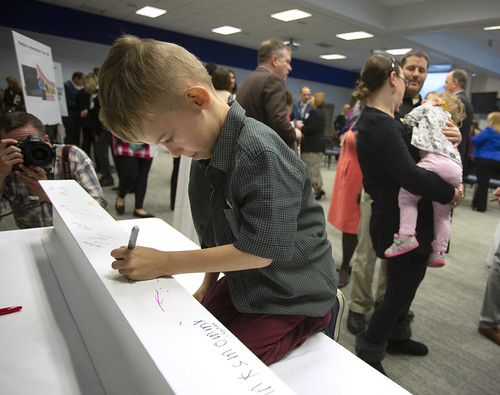 On Oct. 24, the final two beams – both of which bear dozens of signatures – will be hoisted into the air by a crane, then carefully lowered and guided into place atop the Children’s Hospital. A “topping off” ceremony is a long-standing tradition of construction workers, particularly steel workers, to commemorate the completion of a building‘s structure.

The Children’s Hospital is consistently at or close to capacity, and this expansion will accommodate the growing demand across the region for specialty inpatient services for children. Learn more about the project here.