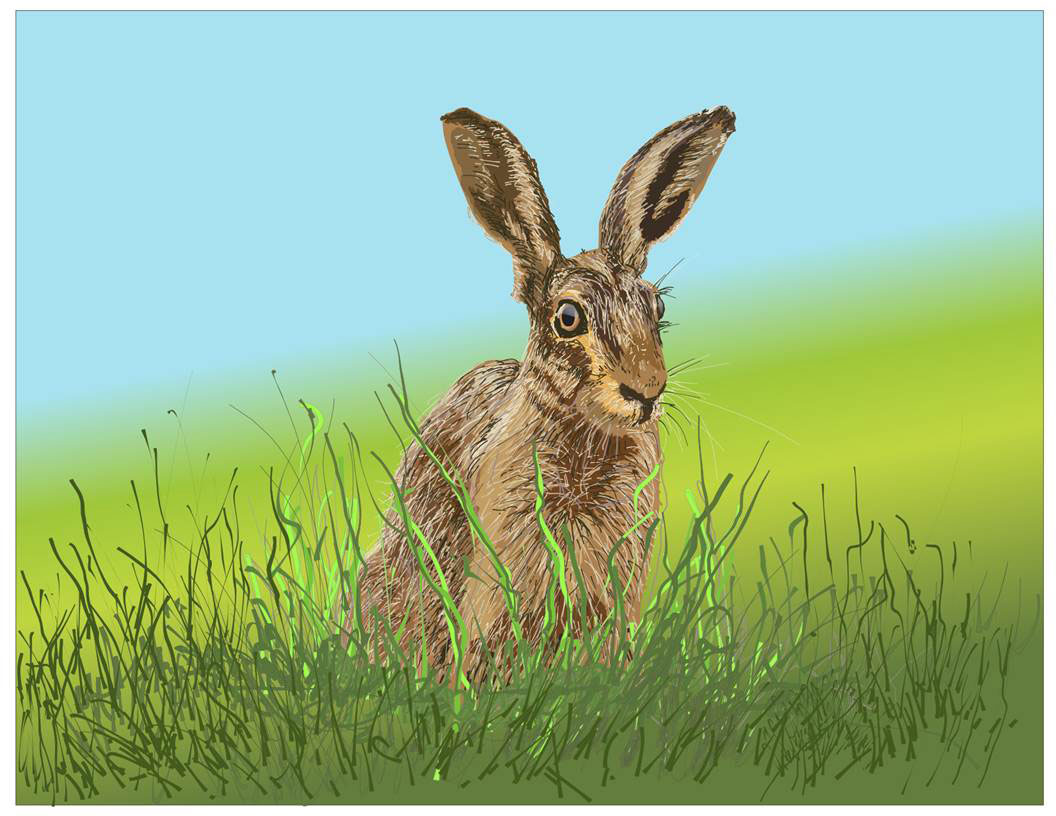 "The Hare in the Rushes" is one of the works by Seamus Carmichael to be displayed in the Simulation Center above Harrell Health Sciences Library at Penn State College of Medicine.

The art of Seamus Carmichael, the Circulation Lead at Harrell Health Sciences Library, will be featured this fall and winter in the exhibition spaces in the Simulation Center on the second floor above the library.

The work on display spans about 30 years of printmaking in a variety of media, from early career etchings and linoleum-cut prints to Carmichael’s more recent digital work.

Several themes are on display; early landscapes from his native Ireland dominate the work produced when he was in his 20s, and a group of prints illustrates the work of Irish poet Padraig Fiacc. Upon relocation to the United States in the mid-1980s, Carmichael produced a series of large pencil drawings based on memories of his childhood and the bogland where he worked with his father and uncle.

The final element in his work is a series of images based on his involvement with Irish folksong. In 2014, he put together his first recording of songs from Britain and Ireland associated with the Christmas period. This project, called “Nollaig Fado” (Christmas Long Ago), collected seasonal songs in English and Irish. These are all referenced in the series of images, which went on the gatefold sleeve of the CD.

This interest continues with a new project, which will feature images derived from a set of favorite songs, to be part of a collection called ArtSong. The first of these images, “Westlin’ Winds,” was published in the most recent edition of the Wild Onions art and literary journal.

Grantsmanship course for research professionals being offered in March