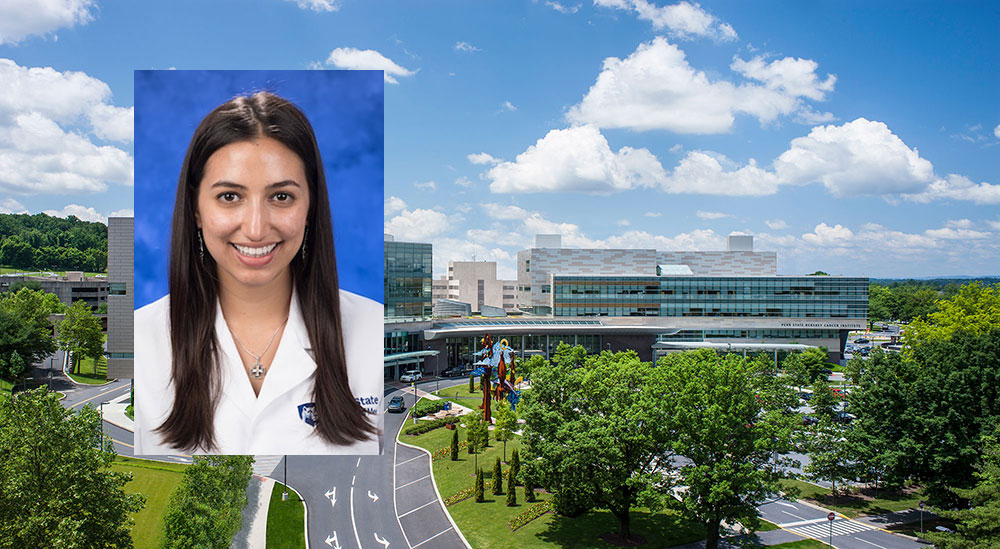 Rhea Sullivan, a first-year student in the MD/PhD Medical Scientist Training Program at Penn State College of Medicine, was recently interviewed about what led her to want to become a physician-scientist

Rhea Sullivan is in her first year as a student in Penn State College of Medicine’s MD/PhD Medical Scientist Training Program.

Sullivan was interviewed in November 2018 by LNP | Lancaster Online about what led her to want to become a physician-scientist. In her interview, Sullivan talked about her experiences raising funds for Mini-THON while a student at Hempfield High School, which led to a tour of the College of Medicine’s laboratory facilities.

When Hempfield’s Mini-THON volunteers were given a tour of Penn State College of Medicine and Penn State Cancer Institute, Sullivan, who previously wanted to be a professional soccer player, found a new direction for her future.

“The thing that made the biggest impact on me, and really my whole career trajectory, was going through the labs that were Four Diamonds-funded,” Sullivan told LNP | Lancaster Online. “These are scientific laboratories where they’re developing new therapies to target and treat pediatric cancer.”

Sullivan’s experiences were also featured in an interview in The Penn Stater, Penn State’s alumni magazine, in the March/April 2019 issue.

In that article, she talked about her time spent in Hershey during her undergraduate years as part of the Schreyer summer honors program, and her goal to be a physician-scientist after finishing her MD/PhD degree.