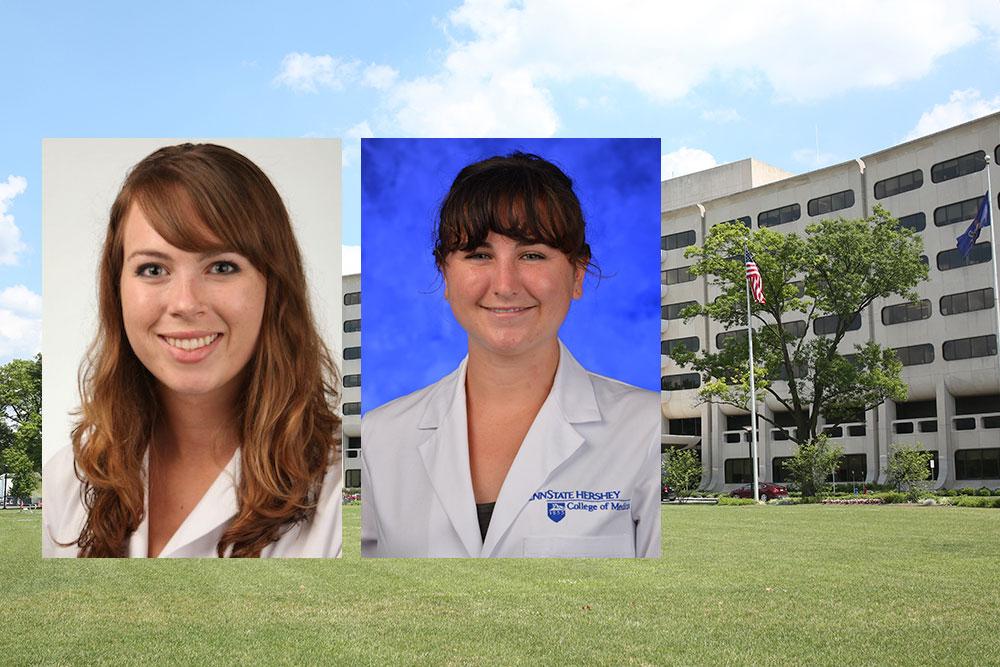 Two Penn State College of Medicine MD/PhD students - Carson Wills, left, and Mallory Peterson, right - were part of an article in Science magazine's NextGen Voices section titled 'Pithy burnout prevention.' They each submitted a six-word answer to 'What is the best way to prevent burnout?'

They both submitted a response to the prompt “In exactly six words, what is the secret to preventing burnout?”

Wills’ response was featured in the Invest in Hobbies section: “Do something that brings joy daily.” She is from Albuquerque, N.M., and received her bachelor of science in biology from Haverford College in 2014.

Peterson’s was in the Maintain Perspective section: “Love yourself more than your work.” She is from Clinton Corners, N.Y., and received her bachelor of science in biomedical engineering from Penn State in 2016.