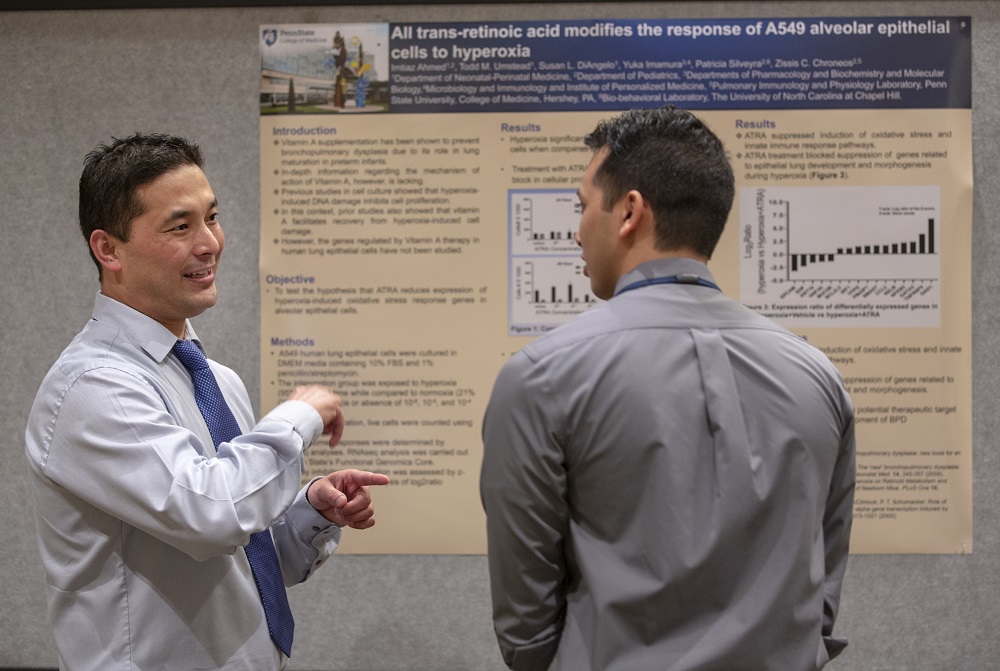 Researchers and caregivers from Penn State College of Medicine and the community gathered to discuss “How the environmental becomes the biological” at the 10th Pediatric Research Day on March 13 at Hershey Lodge. Penn State Health Children’s Hospital hosted the event.

“The idea of research day is to spark new ideas, generate new collaborations and make new connections,” co-organizer Dr. Carrie Daymont said. Investigators ranging from graduate students to fellows gathered with faculty and providers to encourage each other to continue in their research endeavors.

The afternoon began with poster presentations of research aimed at improving the health of children. Researchers presented almost 60 abstracts representing work from surgery to depression to the basic sciences.

Among the researchers presenting posters were five whose work distinguished them as finalists for the Young Investigator Award:

Steve Cole, professor of medicine at the David Geffen School of Medicine at the University of California, Los Angeles, and Dr. Heather Burris, an assistant professor of pediatrics at the University of Pennsylvania Perelman School of Medicine were the invited speakers. Their presentations focused on how environmental and social factors can influence health outcomes.

“I think there is a lot more recognition than there was even 10 years ago of how the environment influences our biology,” Daymont said. “If we don’t look at that piece, we are missing so much.”

Tracey Harris and Carson Wills were named runner-up and winner, respectively, of the Young Investigator Awards at the conclusion of the event. Deciding the winner was difficult, said event co-organizer Dr. Valerie Brown, and that means the future of pediatric research is bright.

“Three of our finalists were fellows,” Brown said. “Research isn’t their everyday activity, and to see them making time to do this gives us hope.” She also noted that the commitment of faculty and providers to make time to attend the event represents a commitment to ongoing pediatric research and care. 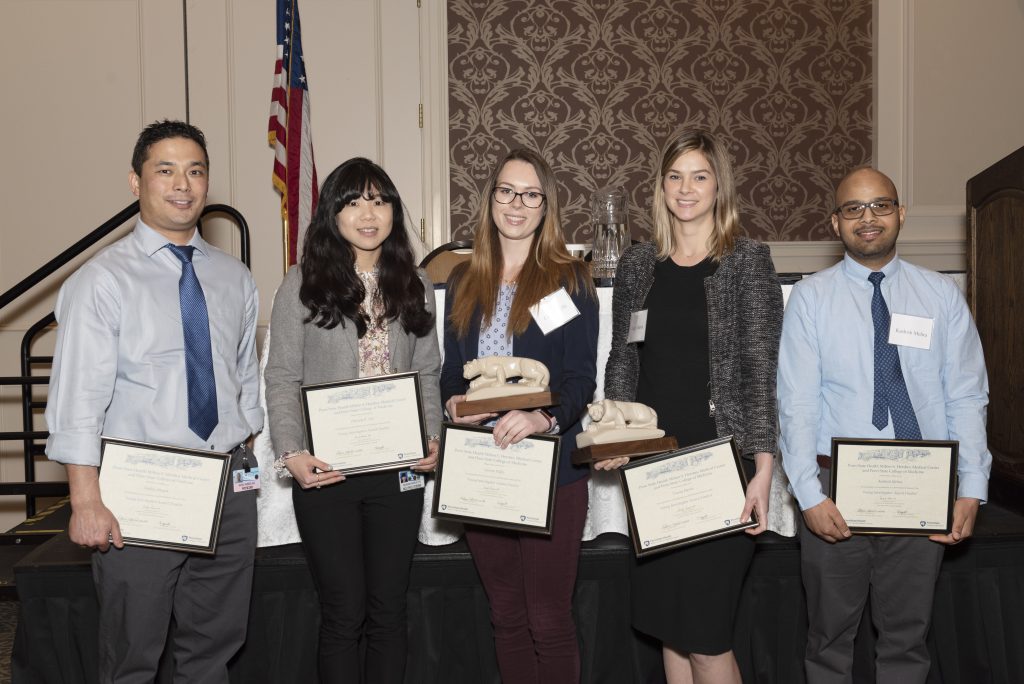