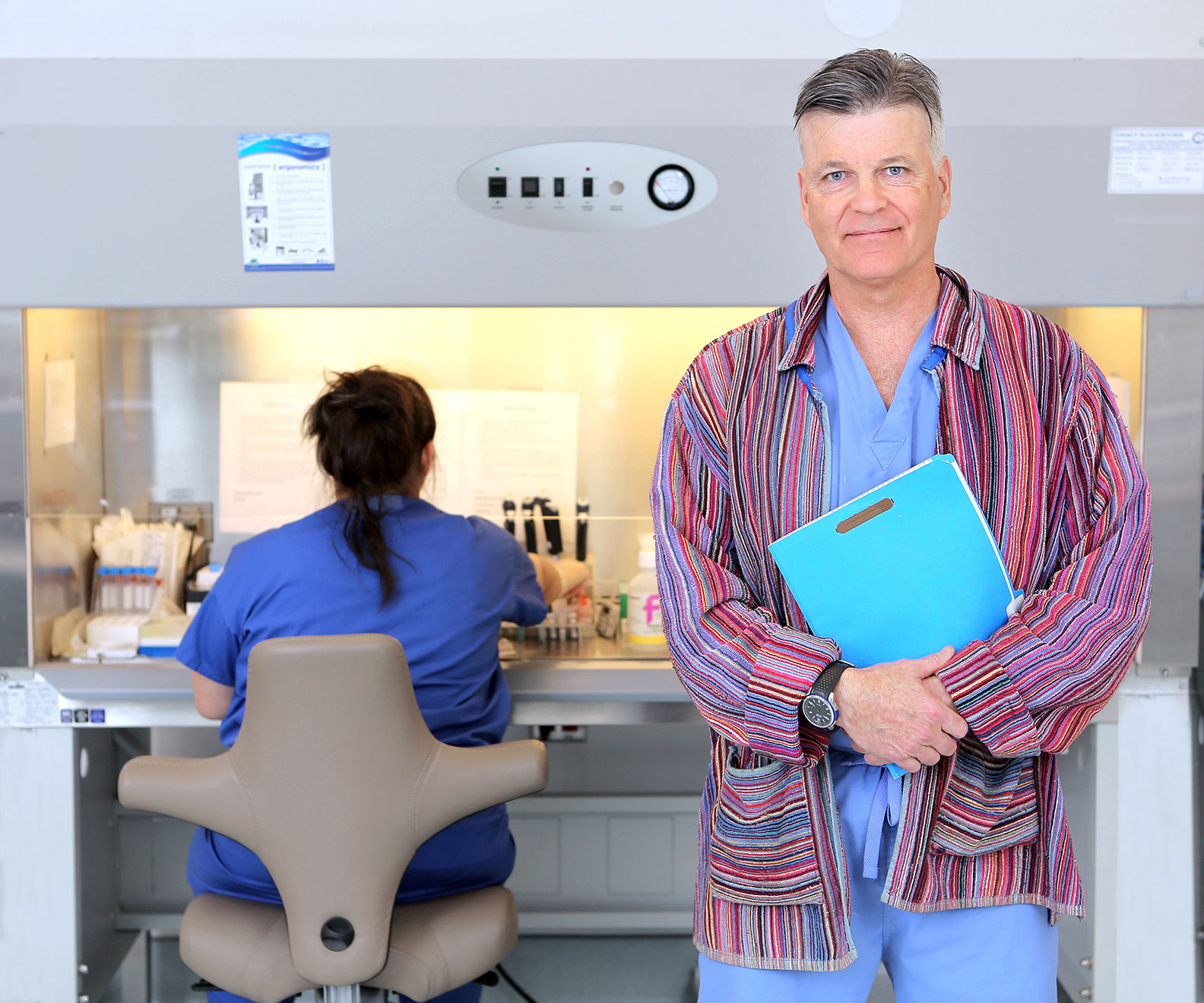 The National Academy of Medicine announced the election of 100 new members on Oct. 21 — including Dr. Richard S. Legro, University Chair and professor of obstetrics and gynecology and professor of public health sciences at Penn State College of Medicine.

Election to the National Academy of Medicine is considered one of the highest honors in the fields of health and medicine and recognizes individuals who have demonstrated outstanding professional achievement and commitment to service.

Legro has participated in and led multiple clinical research collaborations investigating polycystic ovary syndrome, human infertility and the effects of obesity and obesity treatment on reproductive function and human health. He has published more than 250 peer-reviewed publications in high impact journals and is highly cited. He has been continuously funded by the National Institutes of Health since 1996. In addition to his own research efforts, he has served as a consultant and reviewer for various international organizations – including the Royal College of Obstetricians and Gynecologists in the United Kingdom and two multi-center clinical trial groups in China.

New members of the National Academy of Medicine are elected by current members through a process that recognizes individuals who have made major contributions to the advancement of the medical sciences, health care and public health.

“These newly elected members represent the most exceptional scholars and leaders whose remarkable work has advanced science, medicine and health in the U.S. and around the globe,” said National Academy of Medicine President Victor J. Dzau. “Their expertise will be vital to addressing today’s most pressing health and scientific challenges and informing the future of health and medicine for the benefit of us all. I am honored to welcome these esteemed individuals to the National Academy of Medicine.”