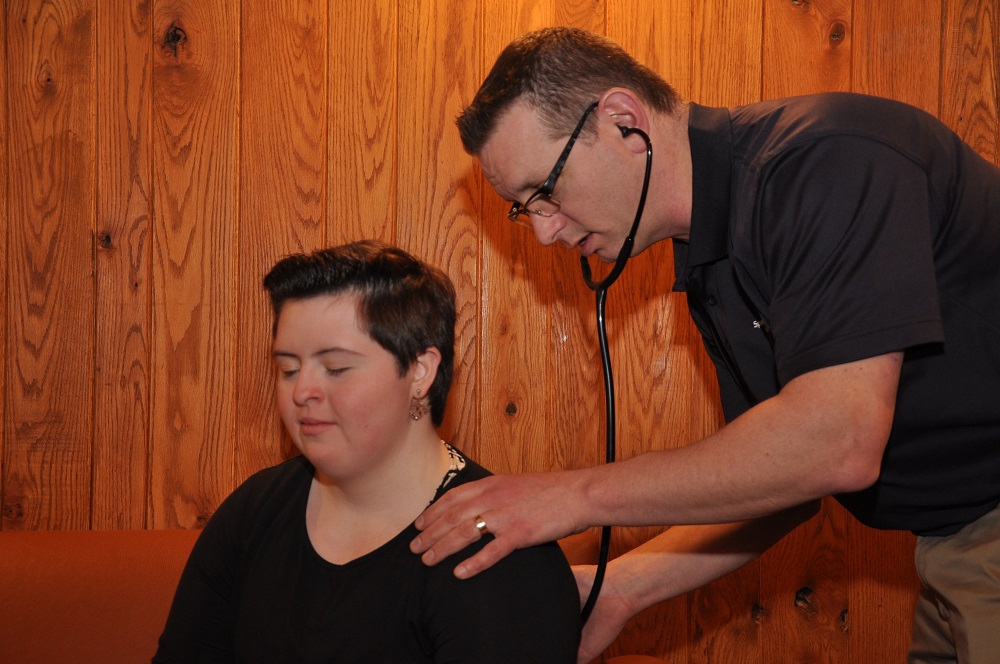 On Feb. 24, Seidenberg travels to the United Arab Emirates to begin preparations for the games. In his role, he will oversee medical care for approximately 20,000 people ― including 7,000 athletes from 170 countries, support staff, country delegations and spectators. He is responsible for training about 500 medical personnel on procedures for triage, treatment and return-to-play decisions after an athlete’s injury or illness.

“It’s a privilege to help these amazing athletes compete to the best of their abilities by overseeing their health and wellness,” Seidenberg said. “I’m blessed to train international medical professionals to do the same. My hope is that they will love the experience and become lifelong volunteers for Special Olympics.”

Seidenberg, who has been involved with the organization for nearly 20 years, traveled to Abu Dhabi in December to train Special Olympics International (SOI) medical staff on sideline medicine.

“Dr. Seidenberg does great work, and we’re very proud to have him in such a distinguished role,” said Wenona Sutton, marketing and communications manager for Special Olympics PA. “This really is an amazing opportunity to put Special Olympics PA on the map.”

Seidenberg first became involved with Special Olympics during his family medicine residency at Eglin Air Force Base in Florida. In the years that followed, he continued to work with local chapters of the organization, ultimately developing an international standard of care for Special Olympics athletes’ sports physicals and helping to create the organization’s concussion management and education policies.

“Special Olympics demonstrates the true joy that is possible with the sport,” Seidenberg commented. “It proves that people of all ethnicities, socioeconomic levels and nations can share their gifts with others. From a health standpoint, I became involved internationally in an attempt to help combat health care disparities that exist for people with intellectual disabilities.”

Since his December trip to Abu Dhabi, Seidenberg has led weekly calls with the medical organizing committee, discussing resources and protocol with the eight approved health organizations in the Emirates.

Based on data from the past two World Games and the U.S. National Games, the most common injuries to be prepared for are ankle sprains and knee injuries. In addition, approximately 30 percent of Special Olympics athletes have seizure disorders, and many of them also take medications that can predispose them to sun sensitivity, constipation and a host of other problems.

“We also need to be prepared for concussions, as well as heat exhaustion and heat stroke, especially with the warmer Middle East climate,” he said.

Following a Pennsylvania send-off event at the World of Little League Museum in Williamsport, Pa., Special Olympics PA’s 13 athletes and three staff members join the rest of Team USA for a special send-off celebration at JFK Airport on March 6.

Special Olympics USA has approximately 315 athletes, coaches and volunteers from 45 states competing in 18 sports at the event.

Ask Us Anything About...Healthy Holiday Celebrations