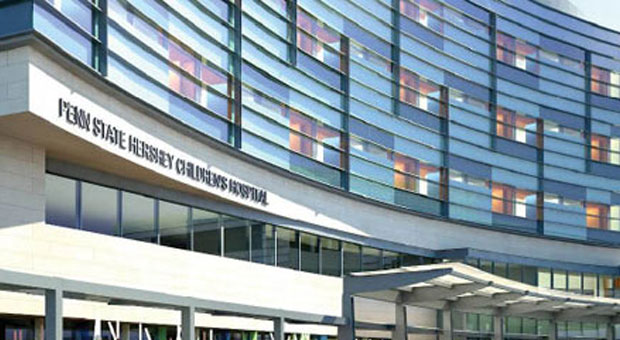 The Medical Center surpassed the $200 million mark in its current $300 million fundraising initiative, For the Future: The Campaign for Penn State Hershey Medical Center. Launched in January 2007 as part of a university-wide $2 billion fundraising effort, the Medical Center and College of Medicine campaign provides support for advancing patient care, ensuring that the best and brightest students can afford a world-class medical education, recruiting and retaining outstanding faculty, and funding novel research that leads to breakthroughs in diagnosis and treatment.

The campaign, which runs through June 30, 2014, has garnered landmark gifts to expand and improve facilities, including contributions for the Cancer Institute and the new, freestanding Children’s Hospital building, scheduled to open in the fall. Even as the economy faltered in recent years, the community continued to generously support the Medical Center and College of Medicine’s missions of patient care, education, research, and community service. Since 2007, more than 200,000 donors have made gifts to the campaign.

The campaign has generated tremendous support from a wide range of philanthropic partners. Gifts from corporations and foundations total nearly $30 million, and 17 donors have made individual contributions exceeding $1 million to various campaign priorities. Collectively, Medical Center and College faculty and staff have given $3 million during the campaign, underscoring a deep commitment to the institution’s missions.

“Reaching this tremendous milestone with just a little more than two years remaining in the campaign reflects the incredible generosity of our community members and exemplifies the dedication of our employees and volunteers,” said Dennis P. Brenckle, chair, For the Future: The Campaign for Penn State Hershey Medical Center. “Each gift to the campaign affirms the vital role the Medical Center and College of Medicine play in improving public health.”