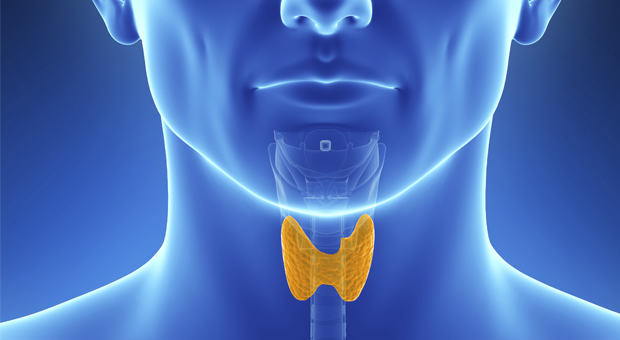 Incidence of thyroid cancer is rising faster in Pennsylvania than in the rest of the United States as a whole, according to Penn State College of Medicine researchers.

“Since the mid-1970s, the incidence of thyroid cancer in the United States has more than tripled,” said Dr. David Goldenberg, professor of surgery and medicine. “Thyroid cancer is now the seventh leading type of cancer in the nation. It typically occurs in young women and is projected to become the third most common cancer in women by 2019.”

Papillary thyroid cancer, responsible for most of this increase, is very treatable and has a 95 percent 30-year survival rate. There are no symptoms in all but the latest stages and the cancer is typically discovered incidentally during a physical exam or on an imaging study.

The researchers compared the state's thyroid cancer rates with the nation's by using two databases – Pennsylvania Cancer Registry (PCR), a database started in 1985, and Surveillance Epidemiology and End Results (SEER) 9, a database started in 1973 and representative of the general population in the USA. The researchers identified a total of 110,615 cases in SEER 9 and 29,030 in PCR.

In Pennsylvania, white women had a 25.5 percent rise in thyroid cancer, followed by black women at 17.7 percent; white men at 8 percent; and black men at 3.8 percent. The fastest rate of increase over time occurred in black women. The researchers published the results of this study in JAMA Otolaryngology.

Papillary thyroid cancer had the largest increase in cancer type – an 8.8 percent yearly change – followed by anaplastic thyroid cancer at 4.2 percent and follicular thyroid cancer at 1.4 percent. Tumors confined to the thyroid at diagnosis increased 8.5 percent per year, while those that spread regionally outside the tumor increased by 7 percent. The two trends were not parallel, indicating that the greatest increase has been among tumors localized to the thyroid at diagnosis.

The researchers looked to see if increased detection of small “clinically insignificant” thyroid cancers is skewing the reported Pennsylvania rates. Alternatively, they looked for a true increase in the incidence of the cancer. The researchers concluded that besides over diagnosis there also appears to be a real rise in the rate of thyroid cancer in the commonwealth. They found that the rate of diagnosed tumors that spread regionally or distantly in the body increased significantly along with those diagnosed localized to the thyroid. Also, the proportion of larger tumors increased in addition to smaller clinically insignificant ones.

Because the gender and racial distribution of thyroid cancer in Pennsylvania is similar to national trends, the originating factors may be applicable on a national scale. Risk factors for thyroid cancer include exposure to radiation, being a female, Asian race, genetic susceptibility and iodine deficiency or excess.

“The Three Mile Island nuclear accident in central Pennsylvania released significant amounts of radioactivity, however several studies indicate that the TMI accident is not likely to be responsible for large increases in the prevalence of thyroid cancer in Pennsylvania,” Goldenberg said.

Obesity and diet are also potential risk factors. According to the Centers for Disease Control and Prevention, in 2010 Pennsylvania was the state with the 13th highest prevalence of obesity.

“If obesity is a major risk factor for thyroid cancer, the high rate of obesity in Pennsylvania may partially explain the increased incidence compared to the national data,” Goldenberg said.

EDITORS: The following HD video clips are available for you to download and use with your stories:

Proof in the produce: voucher program may help diabetes patients manage their health