The Medical Minute: When dinner table defiance could lead to health problems 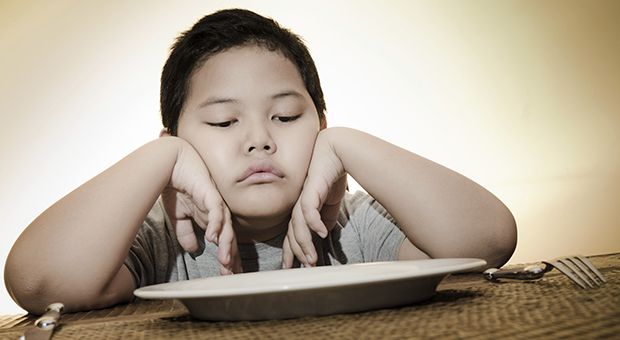 When most people think of eating disorders, they think of anorexia nervosa and bulimia nervosa.

But there's another condition that has nothing to do with concerns over weight, shape or body image, and it has been recognized in the latest edition of the Diagnostic and Statistical Manual of Mental Disorders, which doctors use to diagnose conditions.

Avoidant/Restrictive Food Intake Disorder, or ARFID, is an eating or feeding disturbance that results in persistent failure to meet appropriate nutritional and energy needs. It can lead to one or more of the following conditions:

Dr. Rollyn Ornstein, interim division chief of Adolescent Medicine and Eating Disorders at Penn State Hershey Children's Hospital, says ARFID is more serious than simply being a picky eater. Sometimes a child will be referred to Ornstein after a choking or significant vomiting incident that makes them want to avoid certain foods, or maybe even solid food altogether.

Many infants, toddlers and preschoolers are labeled picky eaters, and parents assume or are told that it is a phase the child will grow out of. But if a child enters school and still displays a significant level of selective eating, it may be something to address. Ornstein says even though the condition now has a name, many pediatricians are not well-versed in identifying or treating it.

“You know your child best. So if you think there is a problem, you shouldn't feel bad about seeking help from an expert,” she says. “It shouldn't be ignored for too long because if they have texture or sensory issues, it becomes harder to deal with as they get older.”

Most of the children Ornstein sees are at least eight years of age; some won't swallow for fear of choking, while others have ongoing complaints of belly aches and not being hungry. “Often there is underlying anxiety, but it isn't always so severe as to have been obvious before,” she says.

If left untreated, children with ARFID could lose weight and become malnourished, and the eating issues can interfere with activities of everyday life such as eating dinner and socializing with other children. Those who don't have enough fiber in their diets may also suffer from constipation.

A recent Duke University study found that children with severe selective eating disorder were more than twice as likely to be diagnosed with social anxiety or depression, and that doesn't surprise Ornstein.

She says a Penn State Hershey study of children admitted to her day program for children ages 8 to 16 with eating difficulties found that 23 percent had ARFID – even though it wasn't labeled as such at the time – and many of those children had higher rates of anxiety disorders as well.

The Medical Minute: Proper support can lead to breastfeeding success

The Medical Minute: Going ‘gluten-free' not for everyone