The Medical Minute: The path from prescription pain killers to addiction 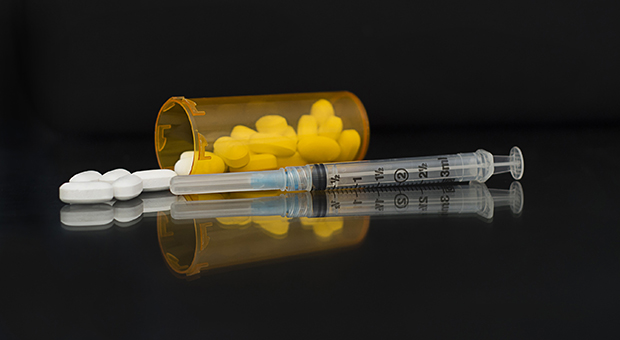 Abuse of prescription pain killers has become an epidemic in the United States, according to the Centers for Disease Control and Prevention (CDC). Even more concerning is that those going through withdrawal may turn to heroin as an inexpensive, easy-to-access substitute.

Dr. Vitaly Gordin, division chief of chronic pain management in the Department of Anesthesiology at Penn State Hershey Medical Center said it's because heroin is an opiate analgesic, just like drugs such as oxycodone and tramadol, which are frequently prescribed for pain control.

The problem is not with patients who use the medicines to relieve short-term acute pain, like the kind after surgery. “The vast majority of them will very easily get off these medications as their condition improves and pain is decreasing,” he said.

Nor does it lie with those who have chronic conditions that require them to be on moderate or high doses of narcotic painkillers for long periods of time: “There are a lot of very legitimate patients who are receiving these medicines in a chronic setting who are not abusing them.”

The challenge comes when someone is taken off the medication abruptly after using a high dose for a length of time.

“Because of this declared epidemic, many primary care physicians, specialists and surgeons are taking these patients off the narcotics,” Gordin said. “But if they don't have an exit strategy and get referred for alternate treatment, addictions counseling or rehabilitation, they can become desperate as they go through withdrawal.”

Without a renewing prescription for narcotics, the patients may turn to heroin.

Unlike with prescription painkillers, which are regulated by the Food and Drug Administration, it's hard to verify exactly what is in the heroin you buy from a dealer.

“Several years ago there was a string of deaths of addicts who bought heroin laced with a potent painkiller called fentanyl,” Gordin said. “Because it's all an underground, illegal business, you don't know exactly what you're getting.”

Many of the 20,000 deaths that occurred last year from abuse of prescription pain killers happened when the narcotics were combined with another substance such as benzodiazepine or alcohol, which creates a dangerous – if not deadly – mix.

Gordin said patients with a history of drug abuse, untreated psychiatric conditions or pre-adolescent abuse of any kind are much more likely to develop addictions.

“In my 17 years working here, I have never seen as many inpatients on heroin as I have in the past six to 12 months,” he said. “Those who have abused heroin are getting into car accidents or involved in violent crimes because of being on the drug or trying to obtain it. I think it's directly related.”

Gordin also said it is important that society begins to de-stigmatize addiction as a character flaw. “We need to understand it is a disease with biological and psycho-social components and we need to have resources available to both prescribing physicians and patients who need drug rehabilitation.”

Learn more:
Penn State Hershey Children's Hospital and the Byrnes Health Education Center will host a “Drugs 101” program on Tuesday, March 1, from 6 to 8 p.m. at Susquenita High School in Duncannon, Perry County. This event is free and open to all parents and teenagers. Find more info and register here.

The Medical Minute: Quitting smoking sooner could save your life

The Medical Minute: Vaccination, conversation keys to protecting kids as they return to school

The Medical Minute: Long-term smoker? Lung cancer screenings can save your life

The Medical Minute: What to do while you’re waiting for the ambulance