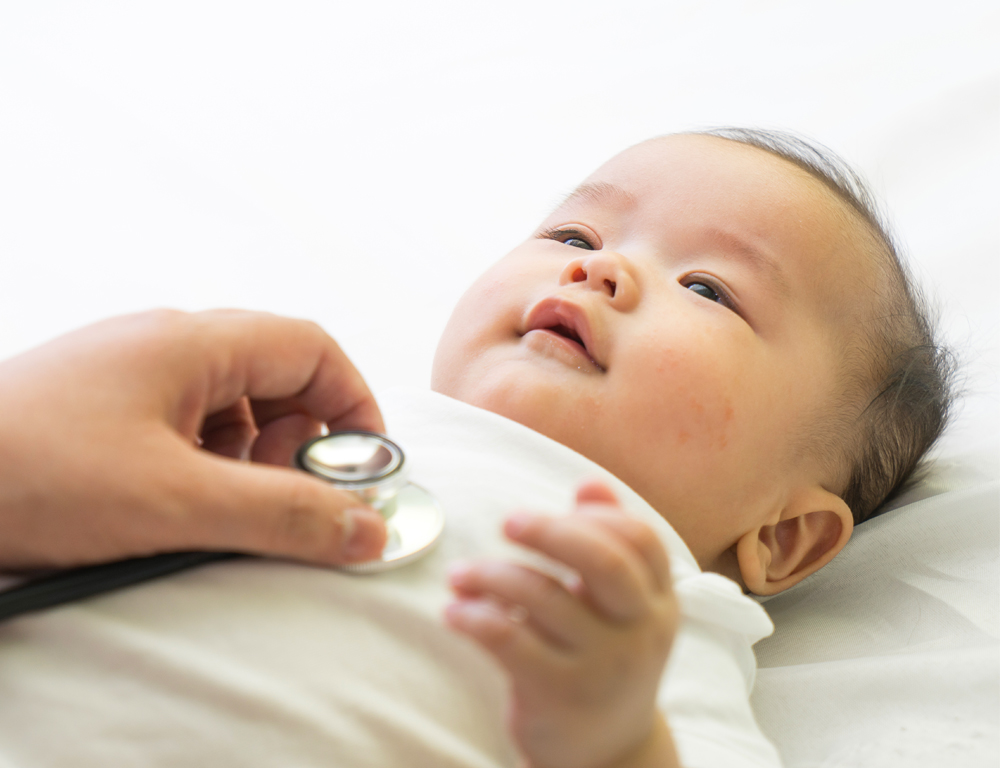 How happy a mother is in her relationship and the social support she receives may affect risk of infant colic, according to Penn State College of Medicine researchers. The study sheds new light on the factors that may contribute to infant fussiness, a common complaint, especially among first-time mothers.

Social conditions related to mental health during pregnancy, such as maternal anxiety and low social support, have previously been associated with infant colic. Researchers have also linked postpartum maternal depression with an increased risk of colic.

The new study measured first-time mothers' relationship happiness and general social support, as well as support in taking care of the baby by their partners. The researchers looked at these factors during pregnancy and one month after birth in more than 3,000 women 18 to 35 years old who gave birth at 78 hospitals in Pennsylvania between January 2009 and April 2011. Researchers reported their results in Child: Care, Health and Development.

Overall, 11.6 percent of mothers in the study self-reported that their infants had colic, defined as crying or fussiness three or more hours a day.

Relationship happiness, general social support and partner-baby support all protected against colic in the study. The happier a woman reported being in her partner relationship during and after pregnancy, the lower the risk of colic in her infant. This was the strongest association and held even in women experiencing postpartum depression and in those whose partners were not their babies' biological fathers.

It is not understood why this association was observed.

“Maybe the baby cries less if the mom and dad are happier,” said Kristen Kjerulff, professor of public health sciences and senior study author. Another possibility is that mothers in happier relationships may not perceive their baby's crying as negatively, and may not report it as colic.

Women who rated their partners as supportive also had babies with a lower risk of colic. In particular, the more helpful their partners were with the baby, and the warmer, more loving, and more affectionate they were toward the baby, the less colic was reported.

General social support from friends and family was also associated with a lower risk of colic. Women were less likely to report having a colicky baby if they had someone to turn to for suggestions about how to handle a personal problem and someone to confide in about their problems.

Interestingly, babies of single women had the lowest rate of colic. Although this association was not statistically significant, the finding further suggests that social support is important for reducing colic. Women in the study who did not have a partner reported having higher levels of general social support, according to Kjerulff.

“If you don't have a partner you can still have lots of social support, lots of love and lots of happy relationships, and all of that's going to be better for the baby,” she said. “Love makes a difference.”

The first author of the study, Chandran Alexander, assistant professor of pediatrics at Penn State College of Medicine, said, “Mothers' significant others have a role to play in reducing the burden of colic. Society should avoid pinning the blame for colic on mothers' competence, self-esteem or depression.”

“We need to impress upon society the importance of supporting families in their care of newborns,” Alexander said.

Next, Alexander and Kjerulff plan to study whether relationship and social support factors influence child health outcomes associated with colic, such as gastrointestinal problems or food allergies, as children age.

This research was funded by National Institutes of Health. (R01-HD052990)