The Medical Minute: Rate of Alzheimer's deaths on the rise 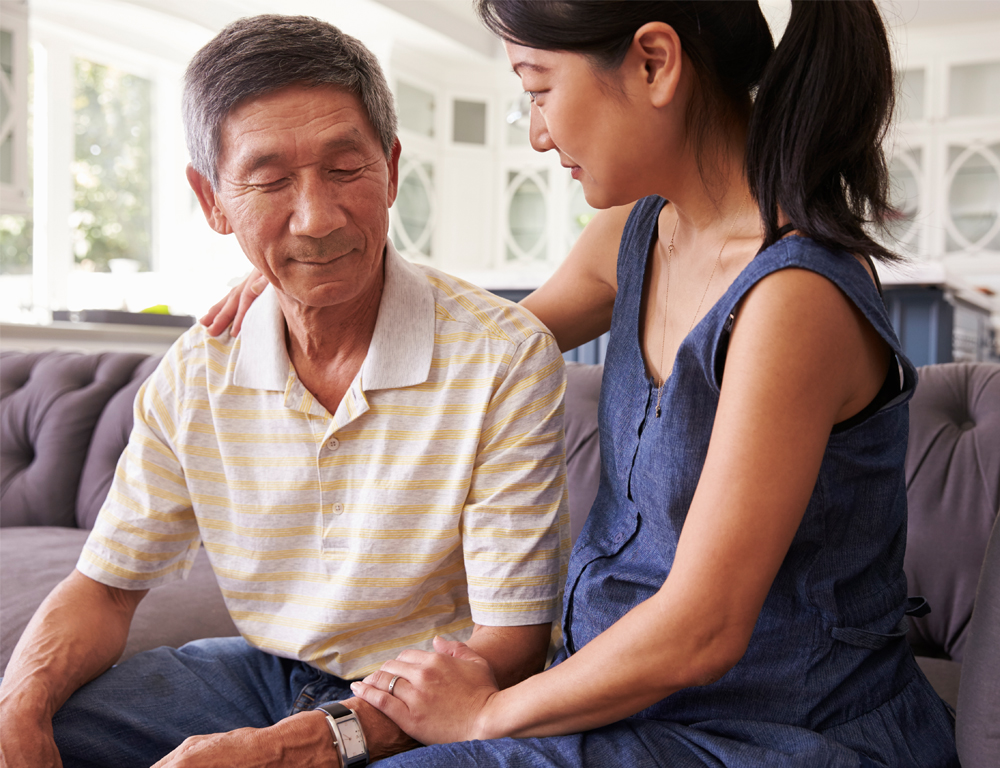 The rate of death from Alzheimer’s disease in the United States increased by more than 50 percent in the past 15 years, according to new data from the Centers for Disease Control and Prevention.

In part, it’s because Americans are living longer – age is one of the biggest risk factors for developing Alzheimer’s. But it’s also because medical professionals can identify risk factors, recognize the symptoms and diagnose the disease earlier.

In addition to cognitive impairment and behavioral decline, Alzheimer’s – which accounts for the majority of cases of dementia – causes deterioration of other systems of the body, leading physicians to include it as a cause of death alongside conditions it may cause, such as pneumonia or blot clots.

Now, Alzheimer’s is the sixth leading cause of death nationwide. It is estimated that one in every 10 Americans age 65 and older has Alzheimer’s dementia. Guidelines for diagnosing it were updated in 2012 to include use of biomarkers or genes to determine risk for the disease, in addition to family report, physician judgment and a neurological and cognitive exam.

“Those in their 80s are at the highest risk because that is the fastest-growing decade of Americans,” said Dr. Paul Eslinger, a clinical neuropsychologist at Penn State Health Milton S. Hershey Medical Center.

Women account for two-thirds of Alzheimer’s cases. In part that’s because they typically live longer than men. Some recent studies also relate use of estrogen by women who have a genetic biomarker for Alzheimer’s to a significantly increased risk of developing the disease.

Alzheimer’s is typically considered to be a disease of the elderly because it is caused as brain cells gradually die off over the course of several years, even before the condition can be clinically diagnosed. Although its causes are unclear and there is no cure, some treatments can slow progression of the disease.

“Certain medications can provide the brain with some of the neurotransmitters it needs so it can function with the depleted number of cells it has and you can slow clinical symptoms such as memory loss,” said Dr. Claire Flaherty, a clinical neuropsychologist at Hershey Medical Center.

Eslinger said about 80 clinical trials in progress nationwide are focusing on toxic proteins – called amyloid plaques – in the brains of Alzheimer’s patients. They explore a range of approaches, including boosting brain immune function, cell metabolism, blood flow and neurotransmitter efficiency.

Early detection of the disease is important because it allows individuals an opportunity to participate in such treatment trials, most of which are geared toward the early stages of the disease, when treatments are thought to be most effective.

Early diagnosis can also help clarify for families whether a loved one has Alzheimer’s or another condition that necessitates changes in their ability to work, drive, manage a household or live independently. Starting treatments early and managing lifestyle factors that can exacerbate symptoms are other benefits to detecting the disease sooner.

Advances in management of the medical and non-medical aspects of the disease are making it possible for more Alzheimer’s patients to finish their lives at home. While that can improve a patient’s quality of life, it can place incredible demands on caregivers.

The brunt of the burden falls on women, who account for two-thirds of all caregivers. They may need to leave the workforce early, reduce the hours they can work or make other career and lifestyle adjustments to provide the support an Alzheimer’s patient requires.

Flaherty said the problem is finally being recognized by local and state governments, which are forming plans to care for an aging population and an estimated tripling in the cases of Alzheimer’s in the next 30 years.

“We also have an extreme shortage of geriatric specialists in this country and those who are assigned to work with these Alzheimer’s patients are not always that well trained,” she said. “These are things that are now being addressed.”