A family that watches movies together, can learn together 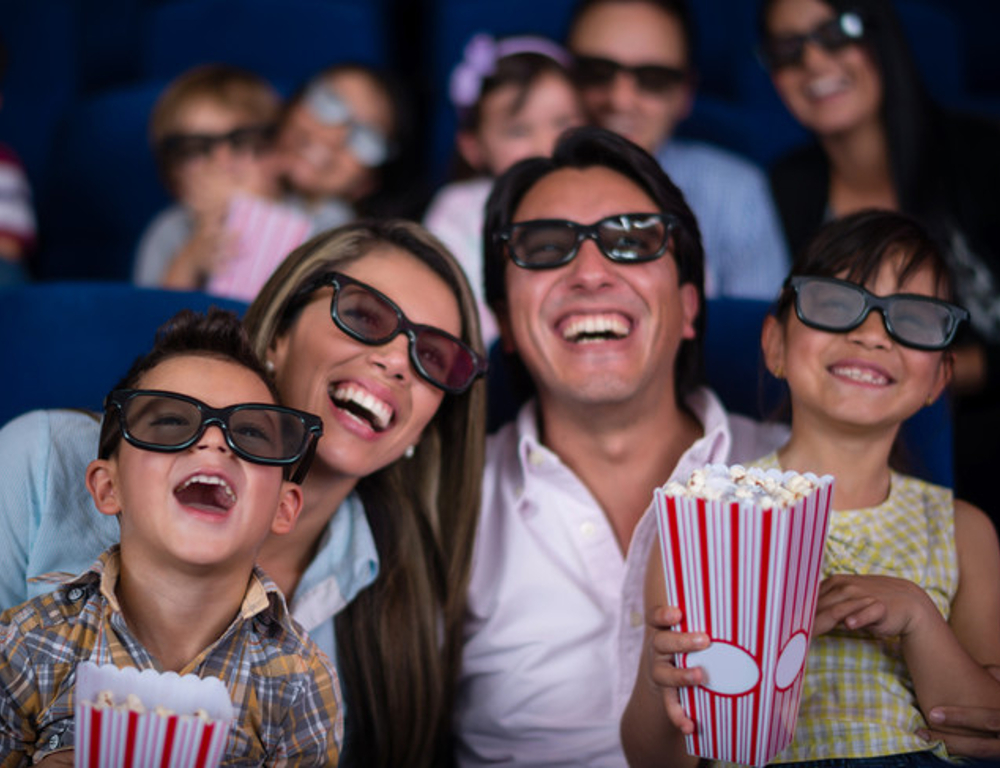 Movies send many messages. Children may see Elsa save Anna with sisterly love in “Frozen,” only to watch Voldemort bully Harry in the “Harry Potter” series.

According to a group of Penn State researchers, the best way for children to benefit from both the positive and negative themes they see in movies is through coviewing, or watching and discussing the film with a parent or other adult.

Victoria Heasley, a medical student in Penn State College of Medicine, said she and the other researchers — who published the results in Clinical Pediatrics — wanted to highlight how children can gain powerful insights from both the positive and negative themes in movies with the help of coviewing.

“Parents often want to talk about negative themes they see in movies, like drugs or violence, and they absolutely should,” Heasley said. “But it's also important to talk about positive themes, like how the characters worked together to solve a problem. If you talk about the negative while also capitalizing on the positive, it can be a very productive discussion.”

Previous research has shown that positive messages in movies can be boost cooperation, empathy and other traits in young viewers. But the American Academy of Pediatrics also warns that violence in the media could result in aggression and bullying, among other ill effects.

Dr. Robert Olympia, professor of emergency medicine and pediatrics at Penn State College of Medicine, said he hoped that by getting a clearer snapshot of the themes in popular children's movies, it would help parents make better decisions about what their kids watch while ensuring the kids also learn some valuable life lessons.

Across all 45 movies, the top three positive themes were the importance of helping and protecting others, collaboration and working as a team, and standing up for what you believe in. The top three negative themes were the use of guns and other weapons, acts of violence or physical altercations, and demonstrating excessive anger.

“Although many studies have focused on negative themes associated with popular films, such as violence, drug use and sexual activity, our study shows that top grossing films expose children to positive themes as well,” Olympia said. “It's important to talk to children about the good and the bad.”

Parents can address negative themes by asking questions like, “Did a character bully another character? Why is bullying bad? What would you do if you saw someone bullied?” Positive themes can be addressed with such questions as, “Did a character stand up for what they believed in? What is something you believe in and would fight for?”

“This method encourages the development of critical thinking and internally regulated values, and has been shown to decrease aggressive behavior, substance use and early sexual behavior in adolescents,” Olympia said. “While pediatric health care providers frequently recommend restriction and monitoring of media time, the promotion of coviewing and active mediation would allow parents and guardians to be involved in the development of their children.”

Heasley said coviewing can also be a way for parents to capitalize on the positive traits of a character their child particularly admires.

“Sometimes coviewing helps them make that connection between a character they try to emulate and the positive messages they represent,” Heasley said. “Coviewing is really like an active discussion, and it allows a parent or other adult to pull out these positive themes and it makes the child actually think about what they saw and reinforces that positive theme.”

Complementary medicine lecture on Chinese medicine and healing to be held Oct. 2 via Zoom