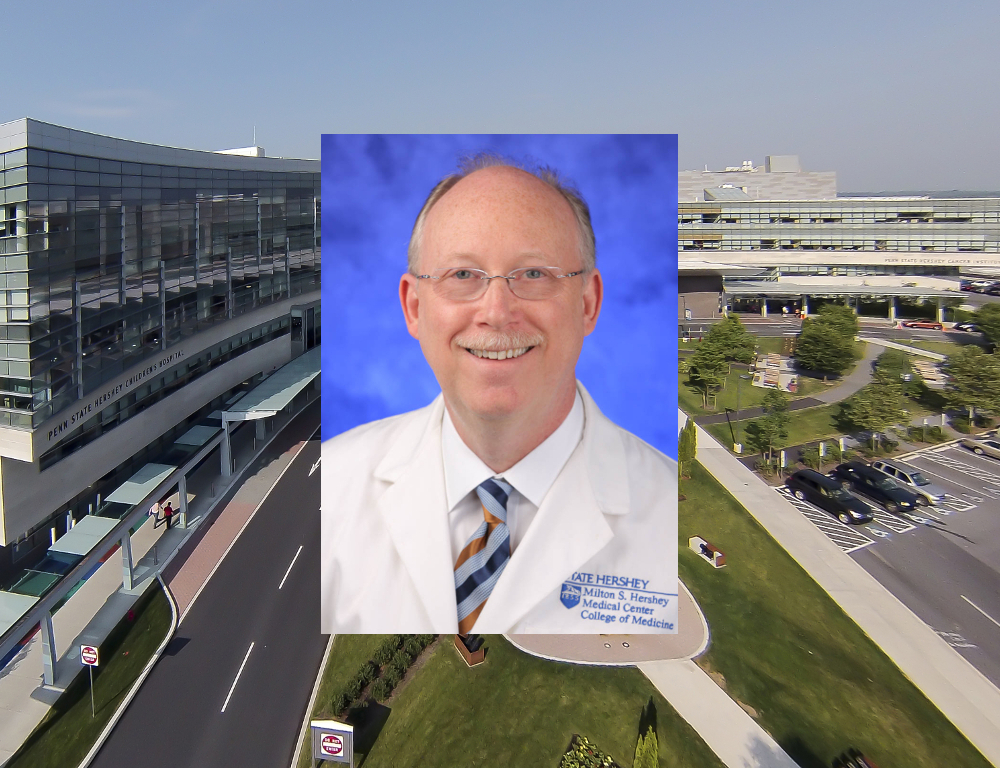 Following a national search, Dr. Jeffrey R. Kaiser has been named chief of the Division of Newborn Medicine at Penn State Health Children’s Hospital. In addition to leading the hospital's nationally ranked neonatology program, Kaiser will serve as professor of pediatrics and obstetrics and gynecology at Penn State College of Medicine.

Kaiser comes to Hershey from Texas Children's Hospital and Baylor College of Medicine in Houston, Texas. Most recently, he led neonatal neurology studies, which is his chief research interest, and served as professor of pediatrics and obstetrics and gynecology. He also directed the hospital's therapeutic hypothermia program. Prior to his time in Houston, Kaiser spent 15 years at Arkansas Children's Hospital and the University of Arkansas for Medical Sciences in Little Rock, Arkansas.

“I feel so fortunate to have this opportunity to continue to grow a program that is recognized as one of the nation's best,” Kaiser said. “I look forward to working with the entire team to provide the highest level NICU care to newborns and their families throughout the region.”

Kaiser, a native of Maryland, earned his bachelor’s degree in biological sciences from the University of Chicago, his medical degree from the University of Maryland’s College of Medicine and a master’s degree in the sociology of education from Johns Hopkins University. Kaiser completed a residency in pediatrics and two years of an obstetrics and gynecology residency at Mt. Sinai School of Medicine in New York City.

Kaiser, whose first day in Hershey was Oct. 1, takes over for Dr. Charles Palmer, who is stepping down from the division chief position after 13 years to focus on research.

“I look forward to working closely with Dr. Kaiser as we prepare to move our Neonatal Intensive Care Unit into an expanded Children's Hospital facility that matches the level of care we provide to our tiniest patients,” said Dr. Leslie Walker-Harding, chair of the Department of Pediatrics and pediatrician-in-chief at Penn State Health Milton S. Hershey Medical Center, and medical director of Penn State Health Children’s Hospital. “His experience and vision for newborn medicine will ensure continued excellence in clinical care while also enhancing our educational and research missions.”

As a National Institutes of Health (NIH)-funded researcher, Kaiser has studied neonatal intraventricular hemorrhage, a serious brain bleed that occurs in pre-term infants. He has led several multicenter trials in neonatal neurology, including the original head cooling trial for the treatment of perinatal hypoxic-ischemic encephalopathy, a condition caused by oxygen deprivation to the brain. Kaiser has mentored more than 30 junior clinician scientists, fellows, residents and medical students. In addition to a continued interest in neonatal neurology, his primary research focus has shifted to examining disturbances in glucose levels in at-risk newborns and in infants with hypoxic-ischemic encephalopathy.