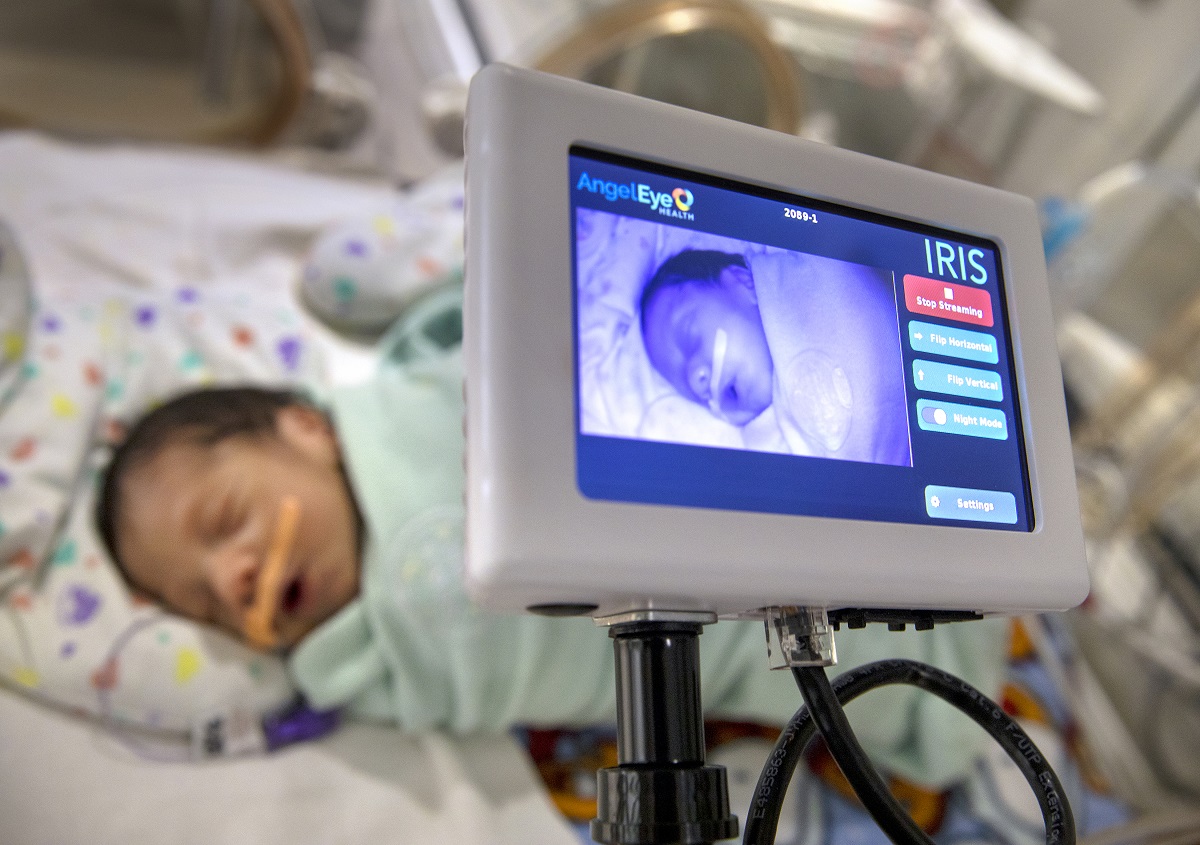 May Sewailam of Mechanicsburg is able to watch her newborn son, Zain Sewailam, inside Penn State Health Hampden Medical Center’s NICU with a webcam called, Angel Eye. Parents are able to login via the internet and see their children 24-hours a day.

Zain Sewailam arrived early on March 16, and his mother May wasn’t ready.

When she felt contractions, she headed for Penn State Health Hampden Medical Center. At first, the delivery team thought Zain would stay put a little longer, but when they heard his heartbeat slowing they prepped May for an emergency delivery. Then they took her baby to the medical center’s Neonatal Intensive Care Unit.

It was more than enough to make any new mother anxious. But May can keep a constant eye on her early party guest thanks to Hampden’s new AngelEye system.

On March 29, Hampden Medical Center equipped the Neonatal Special Care Nursery beds with AngelEye cameras. When moms and dads can’t be there, the tiny camera boxes suspended over each crib by metal arms offer constant video feeds of their newborns via a secure internet connections. Penn State Health Children’s Hospital has the same system.

“It provides a peace of mind for families that they can be involved in baby’s care even when they can’t be at the bedside,” said Alexandra Harrison, a nurse manager at the Women and Babies Center at Hampden Medical Center. “It is essentially a virtual visitation that eases anxiety and helps to facilitate bonding when they are away. Our staff loves to create notes in the system from the baby to update families on their day and share important milestones which also keeps families involved and engaged in their care near and far.”

For May, who lives in Mechanicsburg with her husband and 6-year-old daughter, the video feed is calm in a storm.

Her husband works, and she can’t drive herself every time she wants to come see him. So, when she’s stuck at home, she opens the video feed using an app on her phone and lets it play. May lets it play all day. She’s seen early moments she otherwise might have had to wait to see. She didn’t watch him wake up for the first time in person, but seeing it on her cell phone was the next best thing.

She’s also used the camera to help her daughter become acquainted with her new brother. She plans to give password-protected access to the feed to others in her family so they can see Zain in action.