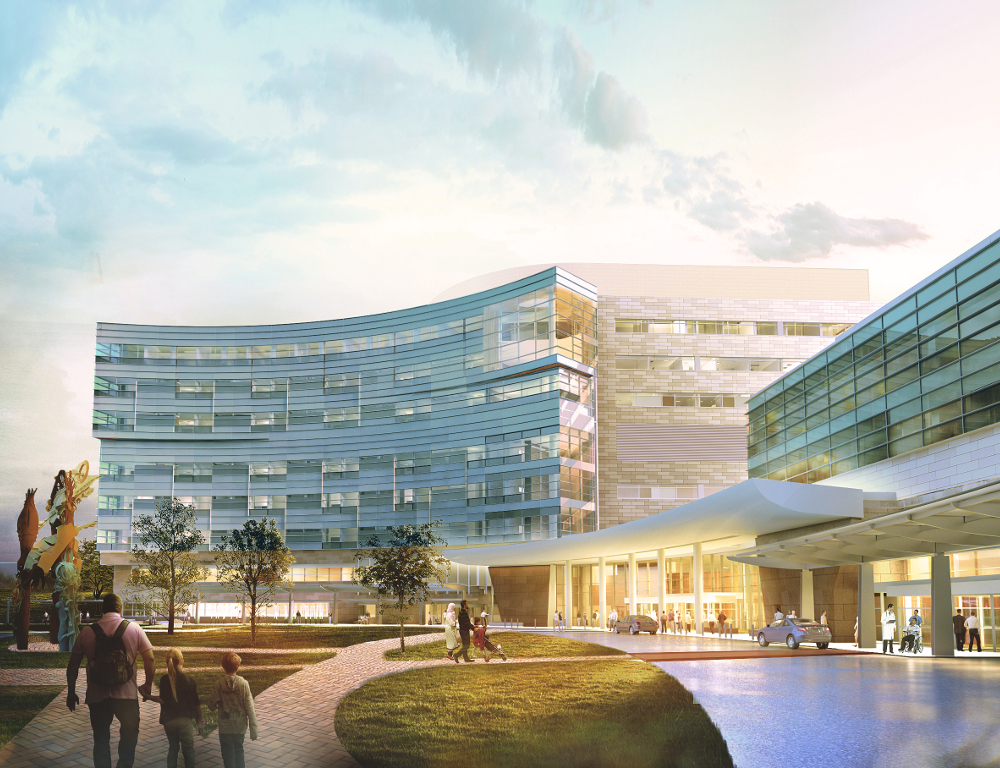 The Penn State Board of Trustees today approved final plans to add three floors to the Penn State Health Children’s Hospital building on the campus of Penn State Health Milton S. Hershey Medical Center. The expansion project, which is expected to be complete by 2020, has an estimated budget of $148.1 million.

The approximately 126,000-square-foot addition will provide space for a new labor and delivery unit and post-partum patient rooms, as well as a new neonatal intensive care unit — all of which will be relocated from the their current locations in the adult hospital. The addition also will include an 18-bed pediatric acute care unit. As part of the project, approximately 14,000 square feet of the existing fifth floor of the Children’s Hospital will be renovated from office space to provide another 14 pediatric patient rooms, team care stations and support spaces.

The Children’s Hospital is consistently at or close to capacity, and this expansion will accommodate the growing demand across the region for specialty inpatient services for children. The expansion also will allow the vacated spaces in the adult hospital to be renovated and repurposed for adult inpatient needs.

Located on the sixth floor will be the Pediatric Acute Care Unit and Post-Partum Unit. These units will include: post-partum rooms, a well-baby nursery and inpatient acute pediatric beds, along with more administrative suites, a family waiting area, and team care stations.

Labor and Delivery, Triage, Post-Partum and Ante-Partum will be on the seventh floor. Labor and Delivery and C-section operating rooms will be built on the west side of the floor. The east side will house ante- and post-partum rooms and another well-baby nursery.

The hospital’s Level IV Neonatal Intensive Care Unit, which provides the highest level of critical care to newborns, will be located on the eighth floor. On this floor there also will be a milk lab drop and storage area, open bay rooms with bassinets, private rooms and rooms for twins and triplets.

Construction will begin this April and be completed in 2020. Occupancy is expected to begin in fall 2020.

EDITORS: A high-resolution, downloadable version of the above photo can be found here.