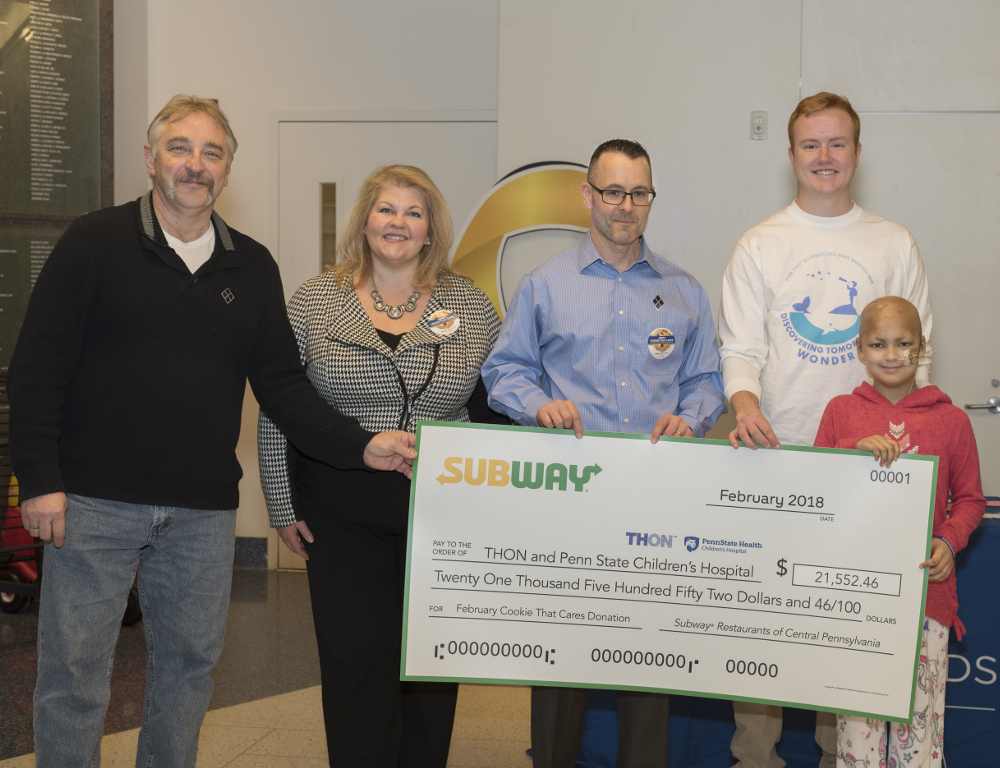 Representatives of central Pennsylvania Subway restaurants recently presented a check for $21,552 to THON as part of its February Cookie That Cares promotion.

The promotion ran throughout February. A percentage of every Rainbow Gem cookie sold during this time went toward THON and Penn State Children's Hospital. This was the fifth time that the central Pennsylvania Subway restaurants ran the Cookie That Cares promotion to raise money and awareness for THON. During the months of February and September in 2016 and 2017, the region's nearly 300 Subway restaurants raised a total of $132,338 for THON.

“THON is so appreciative of Subway’s commitment to our mission to provide emotional and financial support to children with cancer, spread awareness and ensure funding for research – all in pursuit of a cure for childhood cancer,” Smith said. “Subway is allowing anyone to have a tangible impact through the simple action of buying a cookie, and it's opportunities like these that bring us one step closer to conquering childhood cancer.” 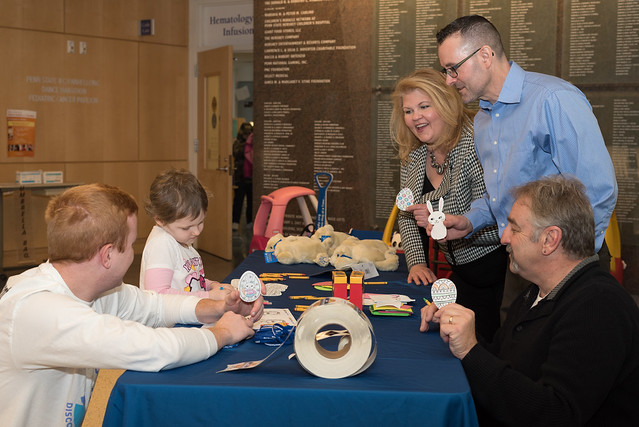