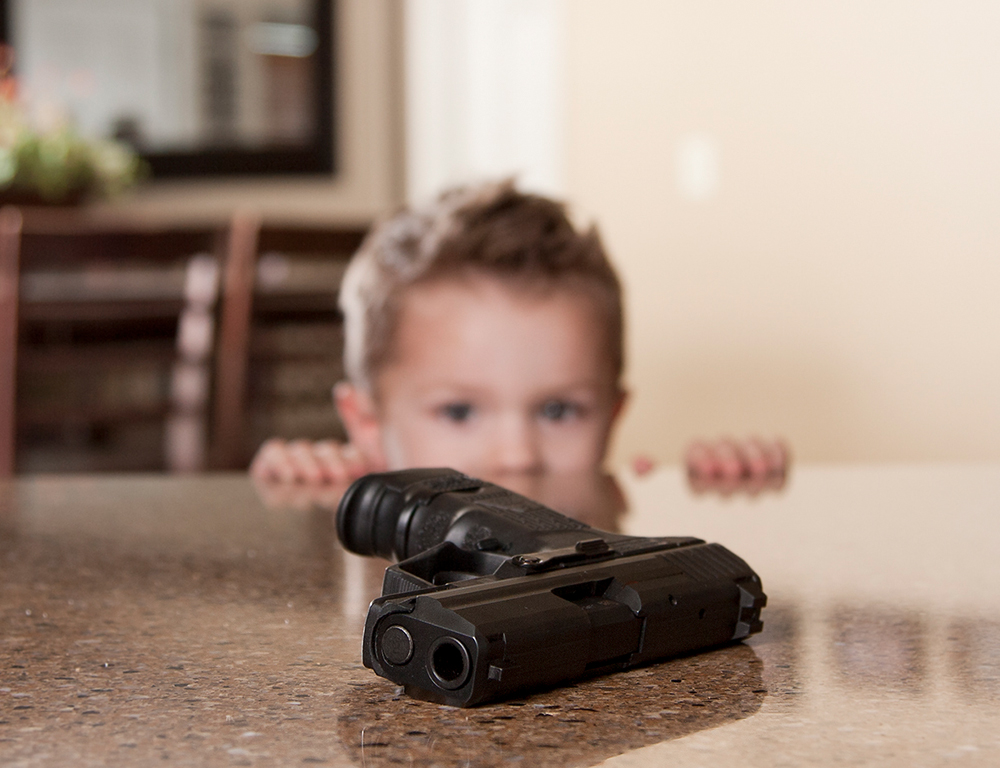 Approximately 80 percent of unintentional firearm deaths of kids under the age of 15 occur at home. According to a report from the American Academy of Pediatrics, about one-third of homes with children have guns, many left unlocked or loaded, and three-quarters of children ages 5 to 14 know where firearms are kept in the home.

Injuries from guns kept in the home are often devastating, but they are also frequently preventable.

Dr. Mack Ruffin, chair of the Department of Family and Community Medicine at Penn State Health Milton S. Hershey Medical Center, said the issue isn't whether you keep guns at home, but rather the measures you take to secure them.

“Physicians need to talk to parents about identifying the settings in which they are likely to have an issue, and the simple steps they can take,” he said.

Ruffin said curious children can happen across unsecured guns and mistake them for toys. But it's not just children that need protection from guns in the home. They can also be dangerous to a family member struggling with mental health problems and looking to commit suicide.

“You or someone else is more likely to get hurt if you keep a loaded weapon in your home,” Ruffin said. To keep guns away from children and others, they should be stored locked, in a high place, out of sight and separate from ammunition. “A shooting is less likely to happen if you have to go through the actions of unlocking cabinets and loading a weapon.”

Emmy Sasala, a trauma prevention coordinator in the Pediatric Trauma and Injury Prevention Program at Penn State Health Children’s Hospital, said a lot of education programs teach children that if they see a gun, not to touch it.

“That's good info, but it's not enough,” she said. It's important for parents to explain to their children that guns are not toys and that a gun in real life is very different than what they may see on television, in the movies or on a video game.

“You need to make sure they know that people really don't come back to life or get another life,” Sasala said. “It's important that children understand that guns cause permanent damage or death and that can't be reversed.”

In addition to securing any firearms kept in their own home, parents need to inquire about guns that may be brought into their home by visitors, as well as any guns kept in homes their children may visit.

Ruffin said the issue is trying to get physicians to ask about it. “Often they don't think about it — or don't think there is anything they can do about it,” he said. “But they can make it part of their usual preventative measures. Giving the message makes a difference.”

Those looking to dispose of a gun they no longer want should contact their local law enforcement agency.

The Medical Minute: Why you need a primary care provider

The Medical Minute: Want to breastfeed successfully? Turn to a lactation consultant