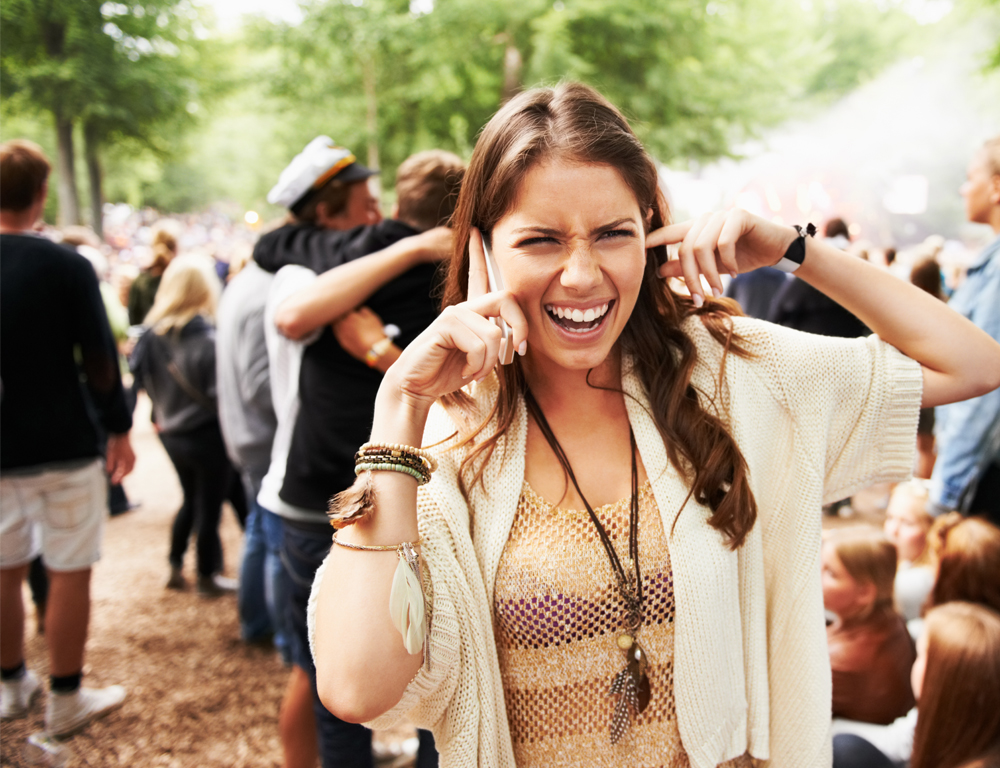 For many, summer means the sweet sounds of live concerts, fireworks, lawnmowers and splashing water. To optimize the fun summer sounds, here are some preventative measures to protect your hearing during these outdoor activities.

Dr. Huseyin Isildak, director of otology and neurotology in the Division of Otolaryngology – Head and Neck Surgery at Penn State Health Milton S. Hershey Medical Center, said patients sometimes call his office or come in for an appointment after having attended a rock concert complaining of ringing in their ears. Most live rock concerts are at a volume of 100 to 110 decibels, he said, which is louder than the generally accepted standard for noise exposure, which is 85 decibels for a maximum of eight hours a day, followed by at least a couple hours of recovery time.

As decibel levels increase above 85, the recommended time you can be exposed to it decreases. “If you calculate it that way, the time you should be exposed to a rock concert is 15 minutes or so,” Isildak explained.

Wearing earplugs at a concert would be the logical recommendation, but goes against the point. Instead, Isildak suggests placing yourself as far away from the speakers as possible.

Another popular summer activity – viewing fireworks – can produce between 140 and 150 decibels. These generally do not cause problems, though, because the explosions happen in the sky and are short-lived.

Power lawnmowers and other outdoor equipment can produce up to 100 decibels, so Isildak recommends using ear protection while operating them. “Earplugs can decrease the noise by 20 to 30 decibels,” he said.

Using earplugs is different than wearing headphones to mask the sound of the mower. “The latter is not a good idea because the music has to be too loud to drown out the noise of the mower,” he said.

In fact, music played through headphones should not be able to be heard by someone an arm's length away. “If you can hear their music, it's too loud,” he said.

Despite all this, the most common summer ear troubles he sees come from one of the season's favorite activities – spending time in the water.

Those who swim in pools or lakes can get water trapped in the middle ear, causing an infection to develop. Isildak recommends ear plugs – possibly even custom-molded ones – to prevent trouble, and suggests that people with perforated eardrums keep their head above water.

Scuba divers may develop barotrauma, an injury caused by a change in air pressure, typically affecting the ear. In some cases, it can even lead to a ruptured eardrum.

“When you dive, you want to make sure you don't have any conditions of the ear or nose that would keep you from being able to balance the pressure,” he said. “If you have allergies, use a nasal spray or take allergy medicine before you go diving.”