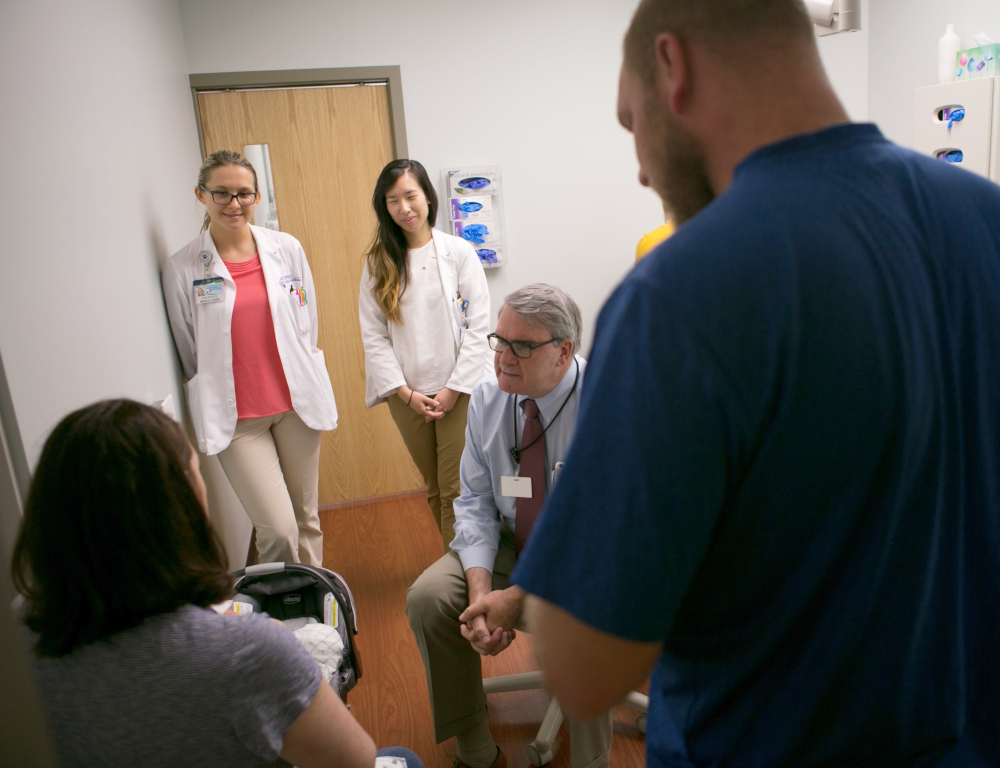 As a medical student, Dr. Cathy Henry knew she wanted to be a pediatrician. Then she did a rotation with pediatric plastic and reconstructive surgeon Dr. Donald Mackay at the Lancaster Cleft Palate Clinic.

“It was life-changing,” Henry said. “The clinic just felt special. They really took care of patients the way we wish we could in every aspect of medicine. I knew then I had to become a pediatric plastic surgeon.”

Today, Henry is part of the pediatric surgery team at Penn State Children’s Hospital that performs cleft lip, palate, and other craniofacial procedures for the clinic’s patients. All follow-up is then done at the clinic, where the three surgeons with a combined 47 years of experience—Mackay, Henry and Dr. Thomas Samson —interact with patients, families, and a multidisciplinary team that has been improving children’s lives for eight decades.

Orthodontist H.K. Cooper founded the nonprofit Lancaster Cleft Palate Clinic in 1938. “Up until that time, children with cleft palates received piecemeal care—surgery from one person, dental care from another, speech and hearing from another,” said Mackay, who has been with the clinic for nearly 30 years. Cooper was the first to create a team—an orthodontist, plastic surgeon and speech pathologist—to deliver cleft care.

Roughly 1 in 700 children are born with a cleft, which can range from a small notch on the lip or palate to a significant one-sided or bilateral cleft. Normally, the tissues that make up a baby’s lip and palate fuse together in the second and third months of pregnancy. But in babies with cleft lip and cleft palate, the fusion never takes place or occurs only partway, leaving an opening. Researchers believe that most cases are caused by an interaction of genetic and environmental factors. In many babies, a definite cause isn’t discovered.

The Lancaster Cleft Palate Clinic follows between 2,000 and 2,500 patients annually. About one-third of its patients come from Lancaster County and surrounding areas, while the remaining two-thirds come from throughout Pennsylvania and other states. It’s the only craniofacial center between Philadelphia and Pittsburgh. The clinic cares for all patients regardless of ability to pay. 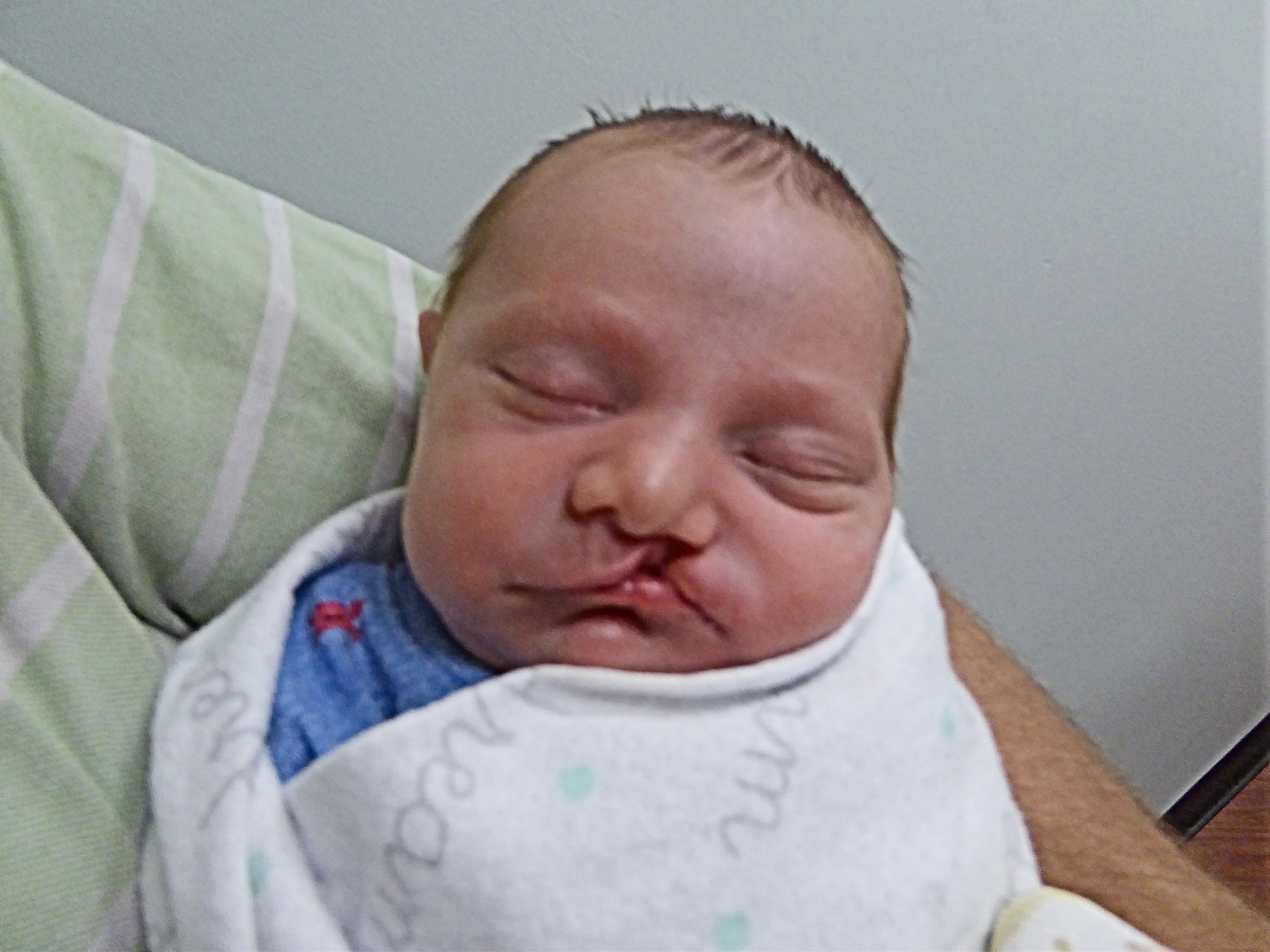 While the clinic’s reach has grown, so too has its team, which today includes a feeding specialist, dentist, audiologist, hearing therapist, pedodontist (pediatric dentist), and social worker, in addition to an orthodontist, speech pathologist, and the plastic surgeons. “No one discipline dominates the team, and that’s important,” Mackay said.

On team days, all disciplines meet with patients and families. Team members then review notes, create a treatment plan, and send summaries to referring doctors. “In every team meeting I’m in, I learn something new,” said Dr. Elizabeth Prada, pediatric dentist and executive director of the clinic.

The multidisciplinary approach fosters a commitment to research and education. The clinic serves as the lead research facility for the Americleft Project, a multi-institutional outcomes study that will compare the clinic’s treatment protocols to those of other centers worldwide.

Many clefts are diagnosed prenatally via ultrasound. That was the case for Rebecca and Adam Bissonnette of Palmyra, who learned that their son, Marshall, had a cleft lip when Rebecca was at 21 weeks gestation.

Doctors at Penn State Health Milton S. Hershey Medical Center referred the Bissonnettes to the clinic, where they first met feeding specialist Abbie Ellis and social worker Suzanne Chairsell Woodard. “They taught us how to anticipate feeding and told us about specialty bottles we would need to use,” Rebecca said. “They were friendly and made us feel relieved.”

The day after Marshall’s birth, Mackay and other clinic team members met with the Bissonnettes in their hospital room at the Milton S. Hershey Medical Center. “He examined Marshall and told us his cleft was repairable, which brought us comfort,” Rebecca said.

Mackay repaired Marshall’s cleft lip at 3 months, and a cleft palate repair is scheduled for age 1. “We’ve also been to two team visits,” Rebecca said. “They’ve helped us learn things like what sippy cups he can use to drink despite his open palate.”

Like many cleft patients, Marshall’s journey at the clinic will continue through age 18. In addition to needing dental and orthodontic care, children with a cleft could have nine or more surgeries over time, including speech surgery, palate lengthening, an alveolar bone graft, or jaw discrepancy repair. For some patients, the clinic’s surgeons use a newer procedure, called distraction osteogenesis, that can help grow new bone to make a jaw longer, allowing children to have jaw repair earlier than in traditional orthognathic surgery.

In addition to treating newborns and children newly diagnosed with craniofacial conditions, the clinic performs pre-adoption counseling at no charge for parents who wish to adopt a child with a cleft. It also provides 24/7 on-call coverage and accommodates house calls from the team’s feeding specialist. 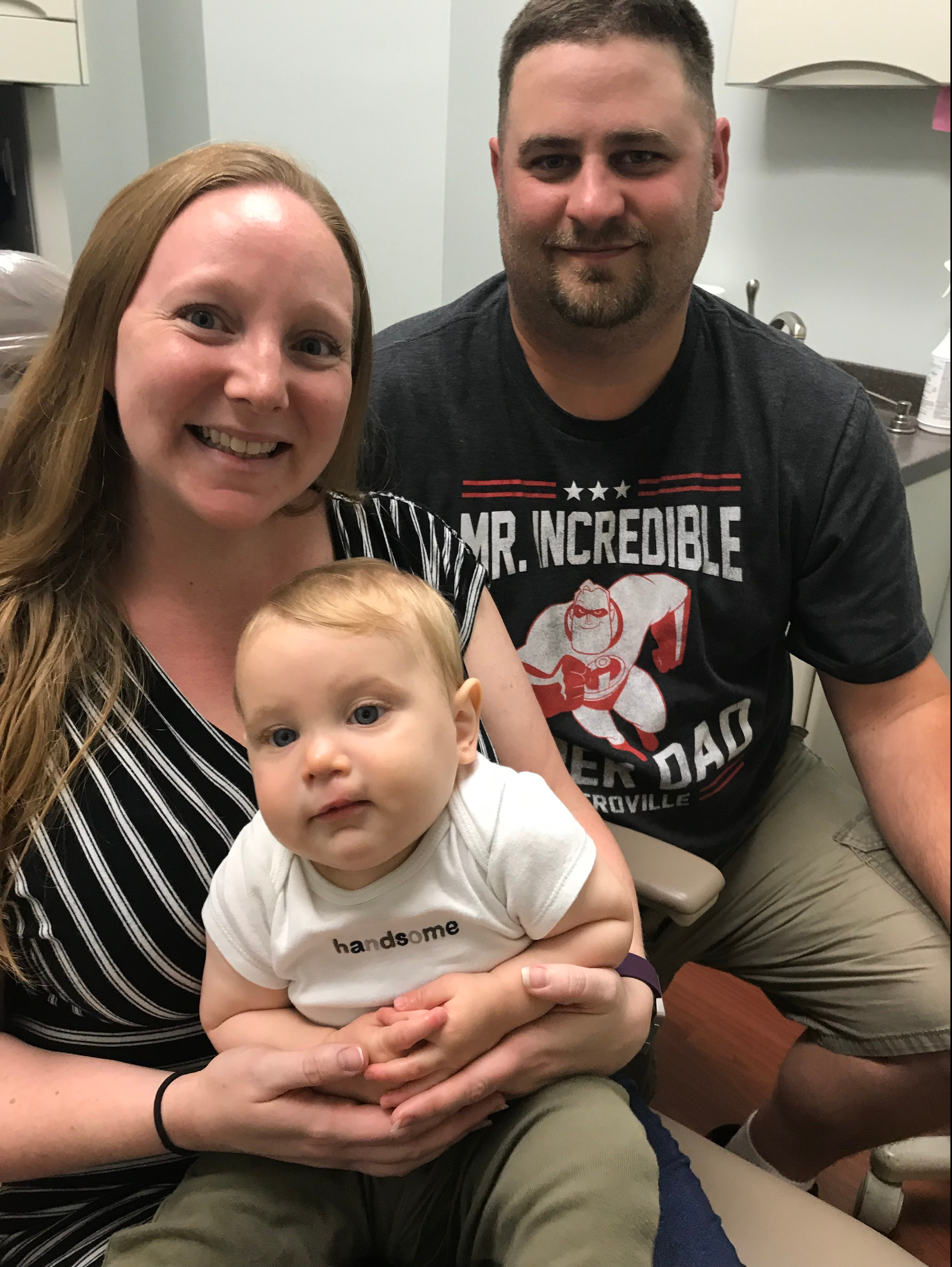 Rebecca and Adam Bissonnette take their son Marshall to a follow-up visit at the Lancaster Cleft Palate Clinic seven months after his surgery.