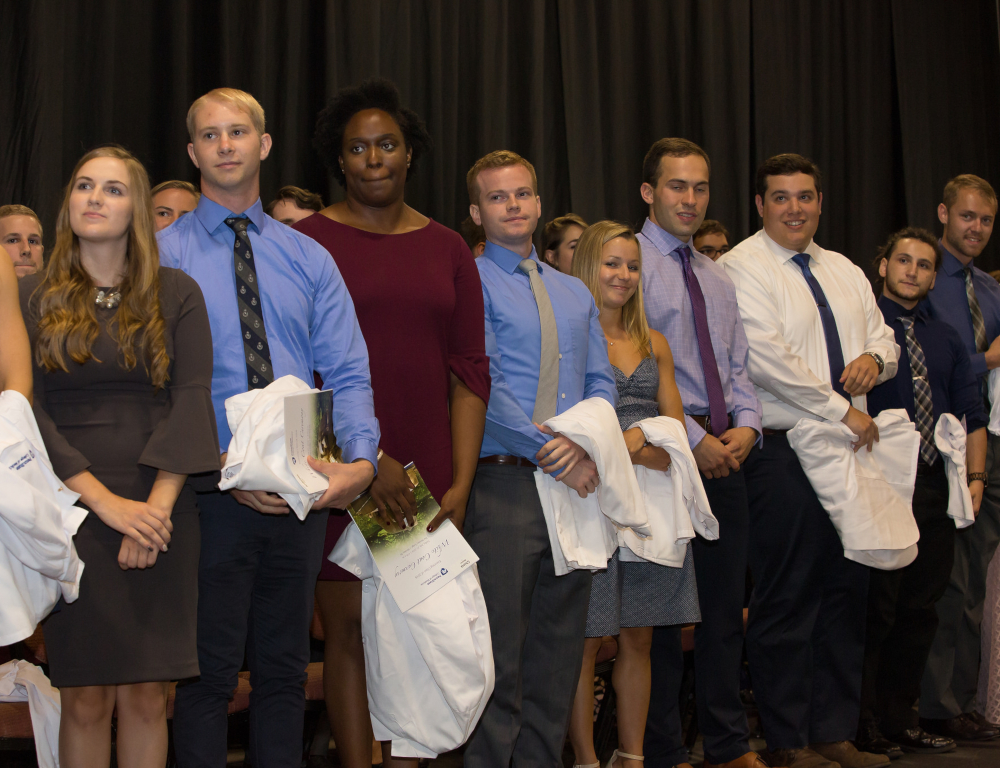 This ceremony for the entering class of 2018 is symbolic for their entrance into the medical profession as student physicians. The incoming class consists of 152 students selected from a pool of more than 10,820 applicants.

For Brittainy Hereford, one of the most moving moments from the White Coat Ceremony began in the days leading up to the event.

That’s when Hereford and the other 151 members of the entering class of 2018 gathered to write their Oath of Student Professionalism, a set of 12 vows the student-physicians will embrace throughout their medical school journey.

“All of us came together to brainstorm on the ideals we wanted to include in the oath,” said Hereford. “Then we wrote it, rehearsed it and read it aloud on stage. To do that alongside all 151 of my classmates was a pretty special moment.”

The ceremony continued a longstanding tradition at the College of Medicine. “The ceremony exemplifies our commitment to our medical students and our medical students’ commitment to themselves, to medicine, and ultimately, to the patients they will serve,” said Dr. Dwight Davis, senior associate dean for admissions and student affairs for the college.

At the ceremony, each of the 152 first-year medical students introduced themselves to the community with their name, hometown and undergraduate college. They then met a faculty member from their society group who helped them don their white coats. Medical students study either in Hershey or University Park, depending on their selection of chosen curriculum.

For Aidan Haney, who will study in Hershey, the ceremony helped reinforce the reasons why she applied to the College of Medicine. “Penn State seems to really care about the soul and the person under the white coat,” she said. “That’s what makes a great doctor.”

Haney’s father, Philip, and her sister, Victoria, a third-year College of Medicine medical student, joined her for the ceremony. “Putting on that white coat is a big motivator,” said Aidan, 22, of Roswell, N.M., who completed undergraduate studies in evolutionary anthropology with a concentration in anatomy and physiology at Duke University. “It made it real. It made it no longer about me, but about the people and the families I’m going to treat.”

Hereford, a 23-year-old Richmond, Va., native, said she was drawn to Penn State by its humanities program. “Penn State is committed to training physicians who get to know patients as humans rather than defining them by their diseases,” she said. “That essence placed on the patient-physician relationship made me realize Penn State was the best fit for me.” 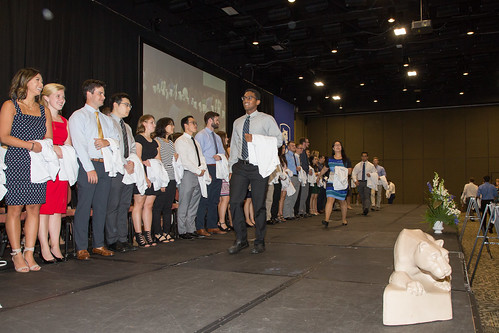