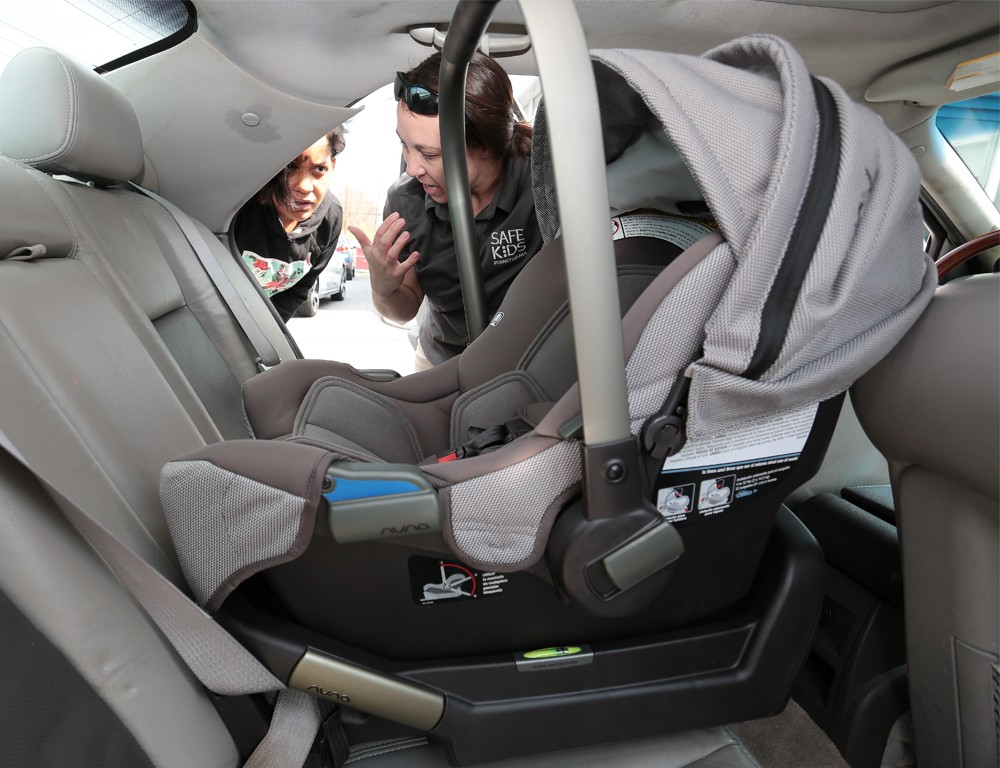 Motor vehicle crashes are the second leading cause of death for children ages 1 to 13, and the numbers are on the rise. According to the National Highway Traffic Safety Administration, one child under the age of 13 is involved in a crash every 33 seconds.

One way parents can find out if they are using their car seats correctly is to have them checked. Child Passenger Safety Week runs from Sept. 23 to Sept. 29, culminating in National Seat Check Saturday on the final day. The Trauma and Injury Prevention Program also offers free car seat inspections for any family that calls and requests one. The Children’s Hospital also provides car seat education to all families who come through its doors, regardless of their reason for the hospital visit.

Pennsylvania’s Occupant Protection Law for Children mandates that all children from birth to age 4 must be in a car seat when riding in a motor vehicle. Children younger than 2 must be secured in a rear-facing car seat until they outgrow the maximum weight and height for the seat.

Children between the ages of 4 and 8 must use both a booster seat and seat belt, while older occupants are required to use a seat belt.

New guidelines released in August from the American Academy of Pediatrics recommend that children remain in a rear-facing car seat until they reach 40 pounds.

DePatto said although the law goes by a child’s age, it’s more accurate to use weight since that can vary quite a bit among children of the same age.

“Generally, children go into a booster seat when they weigh 40 pounds and most boosters hold up to 100 pounds,” she said. “There are so many gray areas though. It’s no wonder parents are confused.”

State law also says drivers are responsible for appropriately securing any child passengers. In Pennsylvania, failure to do so is a primary offense. “That means you can be pulled over without any other reason and cited for it,” DePatto said.

More than half of all car seats nationwide are installed incorrectly, and DePatto said she sees many cases where the car seats are not used correctly.

According to state crash facts and statistics, from 2013 to 2017, 82 percent of the children under age 4 who were involved in crashes and restrained in a car seat sustained no injury.

“There are so many resources out there you can look into to make sure your children are safe,” DePatto said. “These injuries are so preventable.”

The Medical Minute: Maintaining vaginal health as you age