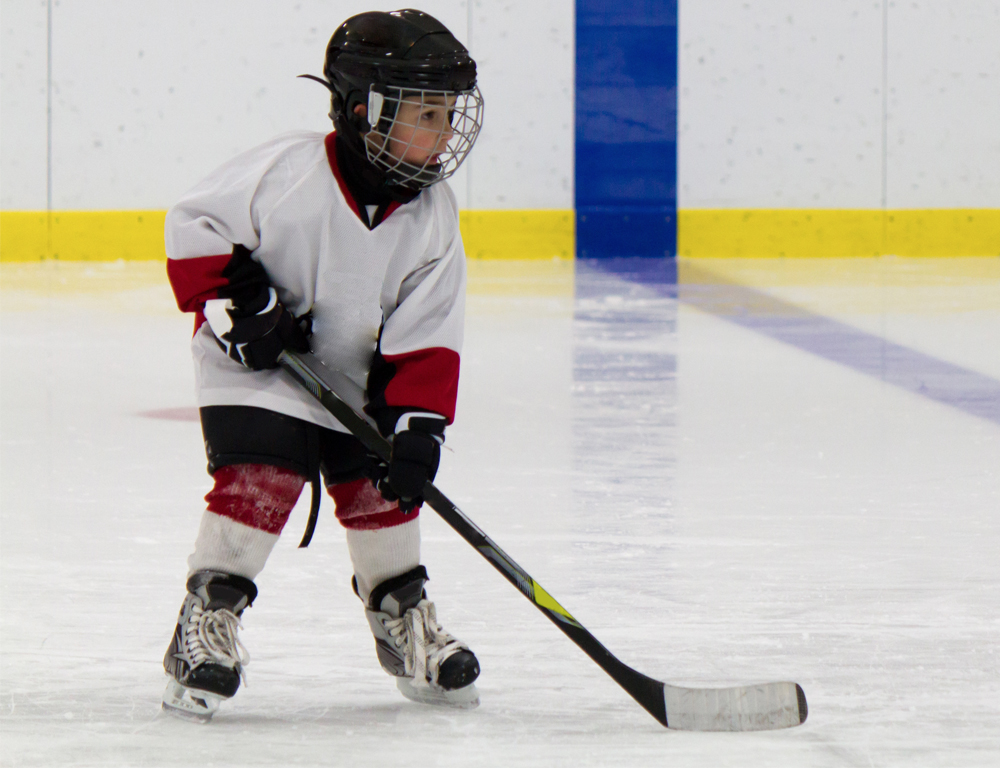 It may be tempting for parents or coaches to urge young children to specialize in one sport early on to help maximize their chance at making it to the big leagues, but that might not be the best path to success.

In a study that looked at the sports histories of professional and collegiate ice hockey players, Penn State College of Medicine researchers found that on average, the athletes played multiple sports as kids and waited until around age 14 to focus solely on ice hockey.

Dr. Matthew Silvis, professor of family and community medicine and orthopaedics and rehabilitation, said the results help dispel a belief that kids have to specialize in a sport at an early age in order to succeed.

As the Hershey Bears team physician, Silvis said he has seen many young children begin specializing in ice hockey as early as age six, which he says comes with mental and physical health risks.

“In many sports, there’s a belief among many parents and coaches that in order for your child to make the team or have the best chance for a collegiate scholarship, you have to pick a sport really early in life and only focus on that one sport,” Silvis said. “That actually runs counter to what we think in terms of sports medicine and sports performance, and this study supported our line of thinking.”

The researchers said that in addition to the risk of children becoming burned out after playing only one sport from a young age, there are also physical risks to early specializing.

“If a child participates in one sport, they’re only working certain muscle groups,” Silvis said. “You are consistently placing your body through the same movement patterns and demands. It puts you at risk of an overuse injury.”

The researchers gave 91 professional, NCAA Division I and NCAA Division III ice hockey players a survey about their personal histories in sports participation. The participants noted when they started participating in sports, which sports they played, and when and why they decided to specialize in ice hockey.

After analyzing the data, the researchers found that the mean age of beginning any sport was 4.5 years, and the mean age of specializing in ice hockey was 14.3 years. Only 12 percent of the athletes specialized in their sport before 12 years of age. Most of the athletes played two to four sports as children, with soccer and baseball being the most popular in addition to hockey.

Silvis said he was surprised by some of the additional findings, which were recently published in the journal Sports Health: A Multidisciplinary Approach.

“It was interesting and a little surprising to us that the most commonly played secondary sport among ice hockey players was soccer,” Silvis said. “But anecdotally, before Hershey Bears games, I often see players warming up in a big circle in the hallway kicking around a soccer ball.”

Silvis hopes that the study will not only send the message that it is OK for children to play multiple sports when they’re young, but that it can actually be an asset, as well.

“If you only play one sport, you also miss out on sports diversification, which is the idea that being a really good soccer or tennis player may help you be a really good ice hockey player,” Silvis said. “We’ve seen a lot of professional athletes coming out in support of this, saying that by playing a lot of sports you’ll learn many skills and work different muscle groups that will help you if you specialize in one sport later on.”

Additionally, Silvis said that if parents are encouraging their kids to specialize in a sport in the hopes that they will go on to receive a collegiate sports scholarship, there are other avenues they could consider.

“I like to say to parents, if you want your child to get a scholarship for college, send them to math or science camp not sports camp,” Silvis said. “While some kids will go on to become professional athletes, the majority will support themselves someday by using other skills, and academic scholarships are much more plentiful to help lessen the cost of a college education.”