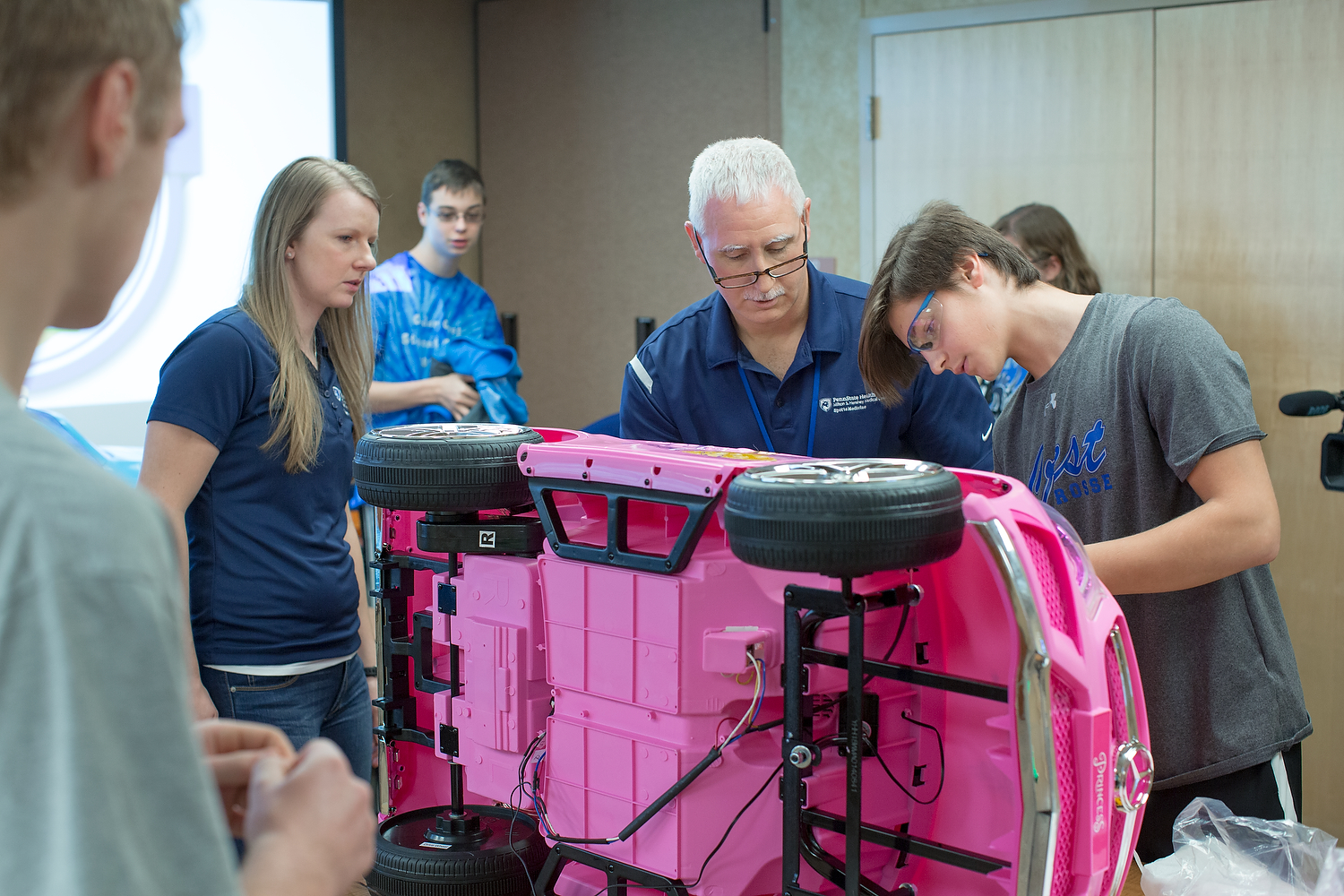 In a pink, motorized toy car adapted especially for her, Elyse Brown can finally keep up with her two active older brothers.

The three-year-old Mechanicsburg girl, who was born with a genetic condition that caused developmental delays and motor challenges, can push a large, red button on the steering wheel of her new Disney Princess ride and get around on her own, thanks to the gift from Penn State Health.

“This gives her more independence and allows her to do something without me,” said Elyse’s mom, Amanda Brown. “Her brothers have bikes and Power Wheels, so this will help her get out and see more friends.”

John Wawrzyniak, supervisor of outpatient physical therapy at Penn State Health, agreed that it would be a great project, so they raised nearly $1,400 to start a local chapter and modify their first cars.

Taylor Clark, another pediatric physical therapist at Penn State Health, worked with Hoffman to cut foam pool noodles and kickboards to cushion the ride for Elyse.

“Typically developing children learn by moving around their environment and exploring,” she said. “This allows Elyse to sit upright at the same level as her peers so she can be visually engaged with them and explore her environment without mom or dad.”

Jonas Funk, a junior at Cedar Crest, worked with six classmates to adapt a red sports car for a young male patient and help get the blue Frozen car used in the pediatric outpatient physical therapy clinic going in reverse again.

“I like problem-solving and helping people, so this seemed interesting,” Funk said. 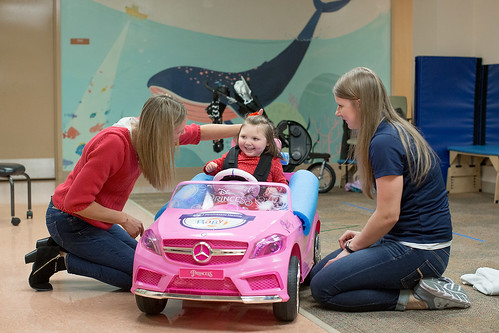 Hoffman, who works with both patients who received the cars, said the project has been so rewarding they hope to continue and expand it in the future: “It’s something fun that the children can use at home.”