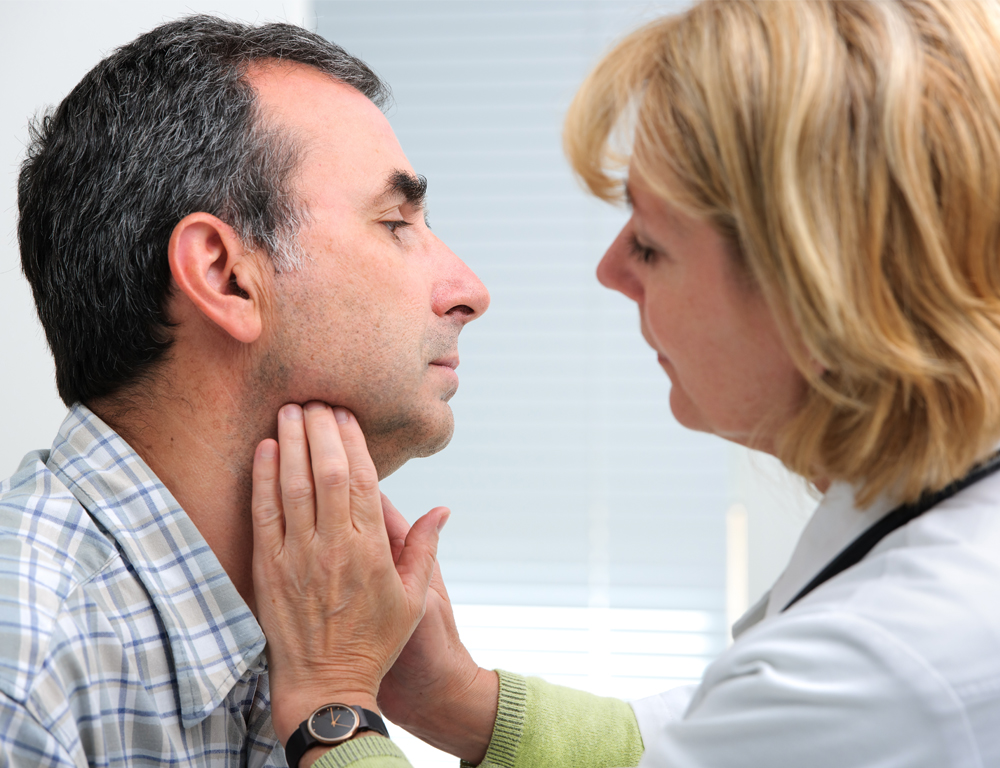 In most cases, the cause of thyroid cancer is unknown, according to Dr. David Goldenberg, chief of otolaryngology-head and neck surgery at Penn State Health. But, for years, the vast majority of his thyroid cancer patients have told him they blame the 1979 partial meltdown of a reactor at Three Mile Island near Middletown, Pa., for their disease.

Although he generally doesn’t agree with them, Goldenberg’s research indicates some of those suspicions may be true.

“In most cases, thyroid cancer just happens and it’s bad luck,” he said. “In some cases, it’s passed along in families but not directly hereditary.”

One of the only known risk factors for developing the disease is exposure to low-dose radiation, with a seven- to 20-year incubation time before the cancer appears.

“The younger you are when exposed, the more likely you are to develop thyroid cancer,” Goldenberg said.

The thyroid gland, which is responsible for metabolism and hormone regulation, is sensitive to radiation, and that’s why people treated with radiation for childhood cancer and those who live near nuclear accident sites sometimes develop thyroid cancer.

Often, the disease is discovered by accident — a medical provider discovers a nodule in a patient’s neck during a routine examination, or a radiologist spots it during imaging for something else. Symptoms typically don’t occur until the cancer is more advanced.

After surgery removes all or part of a cancerous thyroid gland and any adjacent lymph nodes that may be affected, radioactive iodine pills or liquids are often used to kill any cancerous cells left behind.

Goldenberg said the prognosis for thyroid cancer is excellent, with a cure rate approaching 98 percent.

Multiple studies on the demographics of those who develop thyroid cancer show that although Pennsylvania has the highest rate in the country — “for reasons not clear to us,” Goldenberg said — the highest concentration is not in the central part of the state, but near Pittsburgh.

A molecular study that Goldenberg published in 2017 identified molecular mutations in patients near the plant to determine if a thyroid cancer was caused by a change in their DNA or by radiation. It examined stored local thyroid samples from before 1979 through the present, eliminating any from patients they couldn’t prove were born, bred and raised in central Pennsylvania.

“What we found was that about seven years after the accident, there was a change from sporadic to radiation-induced cancer and then back again,” he said. “What that tells us is that there probably was a source of radiation exposure.”

The incidence of thyroid cancer has tripled in the past three decades. While some say the disease is more easily detected because doctors scan more patients than before, others say more people are developing the disease.

Goldenberg falls into the second camp and wonders if the rise in obesity rates could be playing a part. “It is generally a woman’s disease and women make estrogen with fat, so that just makes sense,” he said.

Whether obesity or radiation exposure, he hopes new techniques and research methods will provide answers.

“Everything needs to be called into question,” he said.