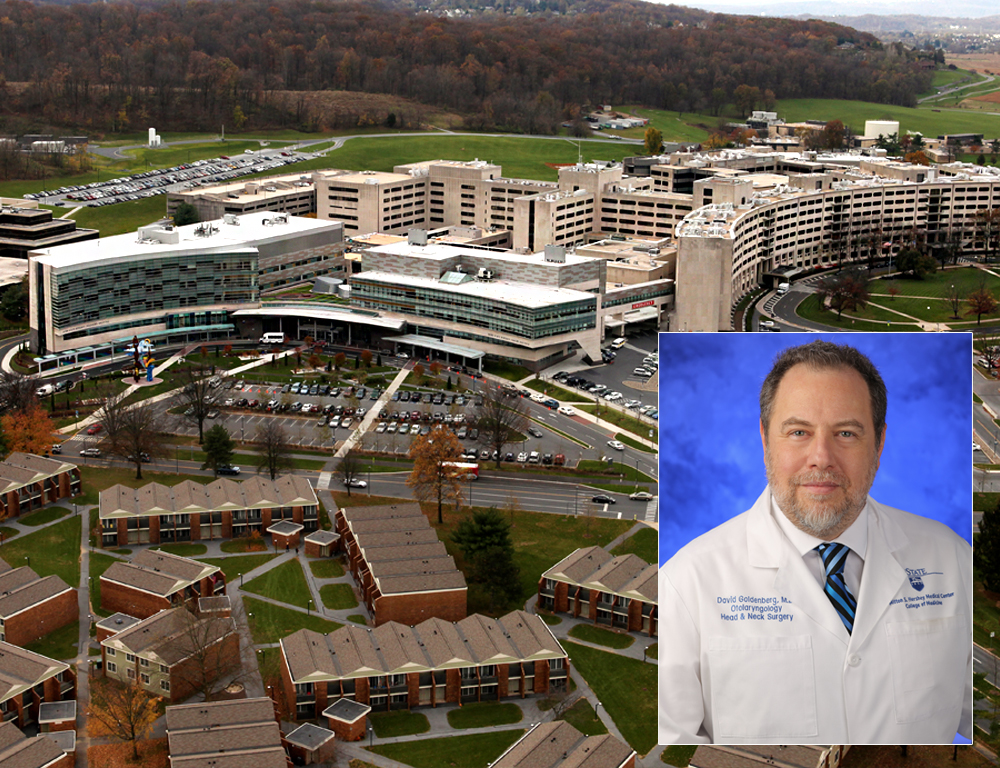 Goldenberg currently serves as the Steven and Sharon Baron Professor of Surgery and chief of the Division of Otolaryngology. He initiated the transoral robotic surgery program at Milton S. Hershey Medical Center in 2010, and in 2016, became the second physician in the nation to perform surgeries using the Flex Robotic System, which makes it possible to more easily access tumors of the upper aerodigestive tract. In his 14 years with the health system, Goldenberg has recruited and retained talented surgeons; mentored and taught residents, fellows, medical and graduate students; and received numerous awards including the prestigious Penn State College of Medicine Distinguished Educator.

Goldenberg is nationally recognized as a leader in the field of head and neck thyroid oncology, and for his basic science research on thyroid cancer genomics as well as radiation-included and familial thyroid cancer. Additionally, his clinical research focuses on outcomes and etiology of the rise in incidence of thyroid cancer. He has published more than 200 peer-reviewed articles, book chapters, and books. Goldenberg serves on the executive council and is director of education at the American Head and Neck Society. He is the past president of Pennsylvania Academy of Otolaryngology, and Editor-in-Chief of Operative Techniques in Otolaryngology.

Goldenberg was educated the Ben Gurion University in Israel. He went on to complete residency training in otolaryngology at Rambam Medical Center in Haifa, Israel and a fellowship at Johns Hopkins Hospital in Baltimore. He has been repeatedly recognized as one of the nation’s top physicians by numerous national publications, including Newsweek and U.S. News & World Report.

“Making Otolaryngology – Head and Neck Surgery a separate clinical department will empower us to better achieve all of our missions,” said Dr. Craig Hillemeier, dean of Penn State College of Medicine, CEO of Penn State Health and senior vice president for health affairs at Penn State. “It will elevate our institution’s reputation in academic medicine, which is pivotal for recruiting additional high-caliber investigators and collaborators to work together and make discoveries that can improve health outcomes. It will further ensure that we can deliver the most advanced cancer diagnostics and treatment to patients in the communities we serve.”