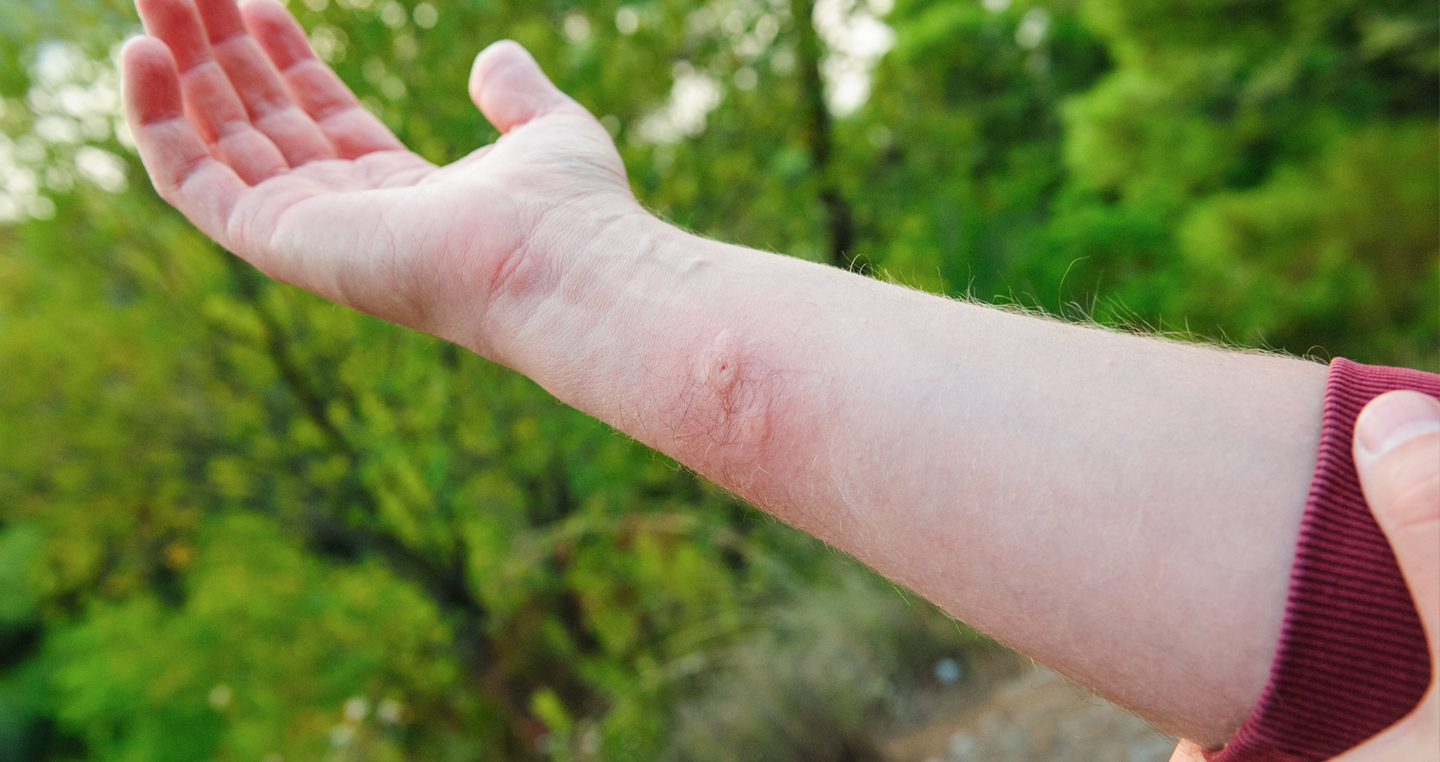 Mosquito, bee and spider bites can bring summer fun to a standstill. While many are simply as annoying as a pesky fly, others can cause more serious conditions.

“There are a lot of urban legends out there,” said Dr. Christopher Heron, an assistant professor of family and community medicine at University Park Curriculum at Penn State College of Medicine. “The most important thing is to be aware, and to know what normal exposure to a bug bite looks like.”

The most common bug bites are typically the most harmless — those from black flies, horse flies and small house spiders. Bee and wasp stings are still hallmarks of summer, but mosquitoes and ticks spark more fear for their potential to carry the West Nile Virus or cause Lyme Disease, respectively.

Heron, who worked as an exterminator before becoming a doctor, said the scary spiders everyone gets concerned about aren’t very common in Pennsylvania: “The brown recluse doesn’t live here, and although we have black widows, they are very rare.”

Most bug bites produce irritation, itching and a mild, local allergic reaction that oral antihistamines such as Benadryl or topical ones like calamine lotion can calm.

“If patients are coming to see me, it’s usually because of a multitude of bites that are extremely uncomfortable,” he said. “Or, they were bitten in an uncomfortable area.”

If a bite behaves in a way that doesn’t seem normal — it grows in size, begins to ooze or changes color — it could be a sign of something more serious.

Tick bites are worth having checked because of the risk of Lyme disease. Multiple mysterious bites could cause suspicion of flea or bedbug infestation. Heron said, “A lot of infectious diseases in children present as rashes as well.”

He recommends dragging something flat across a bee sting to pop out residual stingers, which will limit exposure to the venom and mitigate the reaction.

People who are allergic to bee stings may need to inject themselves with an epinephrine pen after exposure and seek medical attention. In severe cases, steroid therapy may be indicated.

If the response to a bite or sting goes beyond itchiness and rash to include nausea, lightheadedness, weakness, fever, chills or an impending sense of doom, he recommends seeking medical attention.

“Avoid those areas,” he said. “If the standing water is yours, get rid of it. And cover up.”

He said many people don’t realize that bees typically only sting when actively threatened and can only sting you once. Wasps, on the other hand, can sting multiple times and may attack if you happen to disturb one of their nests, which are often located in vertical spaces with rain coverage such as eaves and trees.

Heron also recommends using bug spray with up to 10 percent DEET content. It is safe for adults and children older than two, but avoid the face and hands.

Children age two and younger should not use synthetic bug spray. Natural oils and sprays are available, but Heron said their effectiveness is still in question.